The RUST Semi Automatic Bodies falls into the component category of items. These components are used in the creation of multi-tiered items, as well as recycle fodder for players to obtain game building and crafting resources as well as Scrap.

Semi auto bodies are lootable from an assortment of low-to-mid-tier crates and barrels, as well as being dropped by some scientist types.

While limited in blueprint viability and scope with semi auto bodies only usable in crafting 2 weapons, you would probably question its overall impact and importance in the RUST economy.  Fortunately, one of those weapons is the baseline throw-away roaming weapon for PVPers that can’t afford to lose Assault Rifles, the Semi-Automatic Rifle (SAR). This makes semi auto bodies viable mainstays in component boxes right up until forced wipe.

With regards to their recycle yield, a semi automatic body is in the top echelon of yield potential, boasting high outputs of scrap, Metal Fragments and High Quality Metal. They also have impressively high drop rates from the sources listed, coupled with stacking to a respectable stack size of 10.  Expect to keep quite a few in your components box right up until the end of wipe, but don’t be afraid to recycle them to progress to higher tier weapons. 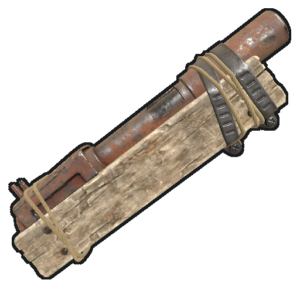