The Santa Beard is a facial covering added during the Season’s Beatings! Event in December of 2019. This stylish grey mask can make even the hardened RUST player appear more festive and jolly until the guns come out.

The Santa beard is a direct reskin of the popular Bandana Mask, acting as a cheap face cover that RUST players can craft with a minimal amount of Cloth. It provides a limited amount of armor but adds a substantial amount of cold resistance, given its low cost of production.

The Santa beard covers the nose and mouth obscuring most of the player’s face.

While it doesn’t provide a significant amount of protection on its own, it pairs well with several other helmets that don’t cover the lower half of the face.

When combined with particular headpieces, such as the Wolf Headdress, or Riot Helmet, the bandana mask can provide as much protection as end-game headpieces. 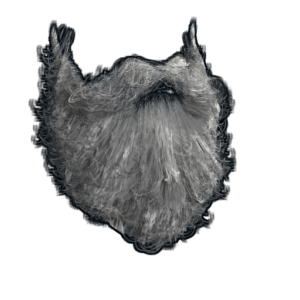