The RUST RF Receiver is a deployable electrical device that can be used by players to detect an RF signal at a designated frequency. It is manually set to a numerical representation designated by the player.

The RF receiver has a very specific purpose; to detect and indicate when a frequency is being broadcast, most commonly used to detect when players are doing Oil Rig or Not-So-Giant Excavator.  It requires 1 unit of power to operate. Players may hook it up to Audio Alarms or other assorted devices to signal when a specified frequency is present. This can be used for a variety of reasons covered in our assorted electrical guides. The RF receiver very well when used in conjunction with the RF Broadcaster.

RF receivers are found in an assortment of mid-to-high tier crates, as well as dropped from many scientist types. RUST players may learn them directly or through a scrap investment into the Tier 2 Workbench tech tree. 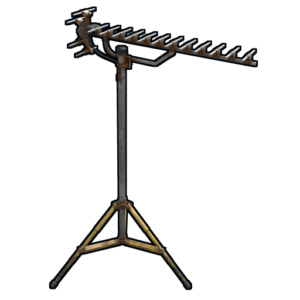