Pressure pads are one of a series of implements that players can use to trigger electrical events and are pretty popular in the application of trap bases.  The device itself can be placed on foundation floors, as well as be disguised by other deployables.  This device requires 1 power to function, with all remaining power transferring once stepped on.

Pressure pads are found in an assortment of low-to-mid-tier crates, as well as dropped from many scientist types. RUST players may learn them directly or through a Scrap investment into the Tier 1 Workbench tech tree. 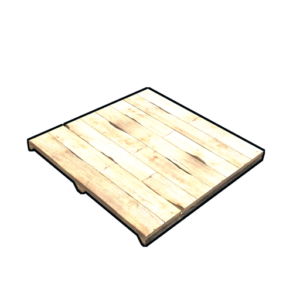