The Party Hat, alongside the Birthday Cake, are items introduced to commemorate the Early Release (and subsequent anniversary) of RUST.

Every December 11th, players will automatically spawn (either on the beach or after death) with both of these items in their inventory. The Party Hat itself boasts no defensive statistics and resembles a real-life celebratory item.

The party hat may be spawned via the F1 console at any time but is otherwise unavailable every other day of the year in vanilla game play. 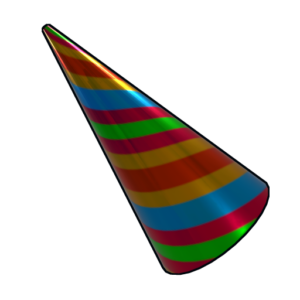