The Heavy Frankenstein Head was first introduced to the RUST community during the Halloween 2021 Event.  It is one of many component materials added to allow players to create their own ‘in-game pet’ sentry Frankenstein.  Players participating during the event had the opportunity to kill scarecrows and mummies wandering the various biomes of the map for a chance at having one of three types of body parts, separated into Heavy, Medium, and Light, in the hopes of collecting and assembling a full monster.

Once constructed, players can then use the table to toggle the beast to Awake or Sleep status, and your new pet monster can be disassembled or reassembled at their leisure. Players may construct only one monster per player at a time, so, unfortunately, you will have to delay your ambitions of having your army of the undead a bit longer.

While assembled and awake, players may select several different commands, including having the monster follow you around the world as well as move to and attack entities or players as you see fit. 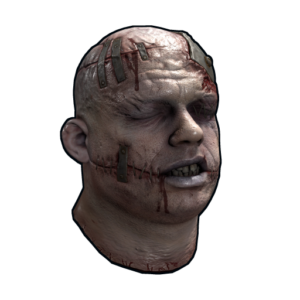