The RUST Door Controller is a deployable electrical component used near doorways to allow them to be manipulated with triggers. Facepunch added electricity components in the Electric Anniversary update on the 7th of December, 2018.

RUST players often use door controllers to control self-opening doors for helicopters, cars, and boat garages. Door controllers are also used to build maneuverability convenience throughout a base and can be used to devise trap base designs.

The door controllers open doors when they receive the appropriate electrical passthrough. See our Trap Base guides for further details on all things troll.

If power is present when you use this device, the door should now swing open.

Door controllers can be found in an assortment of low-to-mid-tier crates and common drops from several scientists. Players may research them directly or invest Scrap in learning them via the electrical portion of the Tier 1 Workbench tech tree. 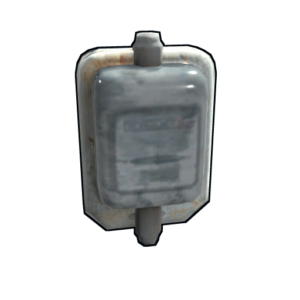