In RUST, Crude Oil is a fuel resource that can be processed in an oil refinery and converted from 1 Crude Oil into 3 Low Grade Fuel, which is then used as fuel for land, air, and ocean vehicles, along with other tools, such as Chainsaws and mining quarries.

Without first processing Crude Oil, it serves no functional purpose, apart from acting as a fuel supply. However, one important thing to know about Crude Oil is that it can be collected and used in trade at the Bandit Camp monument, allowing players to sell 6 Crude Oil to the merchants for 1 Scrap.

Crude Oil can be obtained from red oil drums found near roadside junk piles, ocean junkpiles, transistor stations, and various monuments such as the Oil Dome.

Learn how to refine Crude Oil in our RUST Oil Refinery Guide. 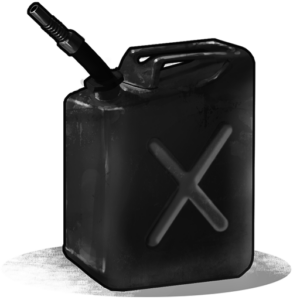