The Burlap Shoes are a default Blueprint that players can craft immediately after spawning, once the necessary Cloth is obtained.

Burlap provides very little in the way of defense, but the other benefits of the Burlap set make them worth crafting nonetheless.

The burlap shoes are a staple armor item in RUST. While they provide very little in terms of projectile or melee defense, they give both radiation and cold protection.

The burlap shoes’ real advantage over other footwear is how the cloth dampens your footsteps, making walking and running sound significantly quieter. Quieter even than running barefoot.

You can craft all burlap pieces with cloth alone. You’ll find cloth in RUST by picking up the green shrub-like plants, known as hemp plants, that litter the starting areas.

While it may seem like a chore when you begin the game, players quickly develop a habit of grabbing every hemp shrub they see while traveling—even going out of their way to pick one up unnecessarily. 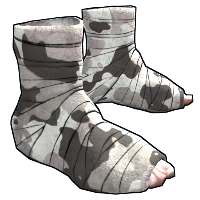 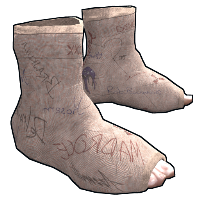 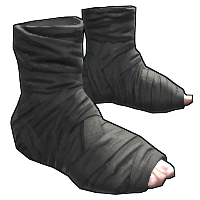 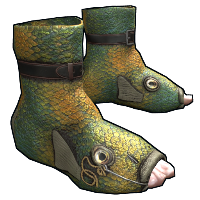