Blue Berries Clones are a farmable item that players utilize the output of at a Mixing Table. Facepunch added teas and farmable berries in the Mixing Table Update on August 6, 2020.

Doing this will produce several clone plants of the berry bush.

Cloning a berry plant will replace the need for seeds, and will carry over the genetic strain of the plant, instead of randomizing them as seeds would.

Clones can then be grown in a Large Planter Box or Small Planter Box, which if watered and lit properly will provide a much greater yield than wild-grown plants.

The blue berries can then be used in the mixing table to produce Basic Wood Tea and Basic Ore Tea.

Once you produce several basic teas, you can combine 4 of the same type to create an advanced tea. Then you may make a pure tea by combining 4 of the advanced teas. 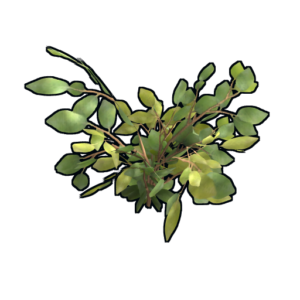