This RUST Dome monument guide video is brought to you by our partner Jfarr.

In this video, Jfarr guides us through the RUST Dome monument, one of the earliest monuments introduced to players of the game. The Dome monument can be identified by players on the in-game map by its unique map marker icon and label.

The RUST Dome monument is great for early play and requires little gear and supplies in order to begin reaping the rewards.  One of the most common reasons to venture into the Dome is to farm barrels for crude oil and low grade fuel, as well as loot crates. This monument, like all the other monuments, serves a handful of purposes and understanding in detail what all it offers will help to build up your RUST knowledge and give you that much more of an edge.

This video will cover the loot map, utilities, features, and how to climb the dome.

Let’s have a look at the loot crate spawns throughout the dome with five basic crates found within the dome. Four military crates on top of the dome, and a single crate found at the entrance. Normal barrels, food boxes, and crude oil barrels can be found lying around the monument with oil barrels mainly being found directly under the dome. Additionally, diesel fuel barrels can be found at the top of the dome, which can be used to fuel the large excavator monument.

For utilities the dome contains two oil refineries with both being located inside separate metal sheds around the dome. An overview of all utilities can be seen here.

The dome is a large and easily recognizable monument which contains a low level of radiation, making it great for early players to enter and try their changes at getting some early loot. Remember to bring a light level of clothing such as a burlap sack to avoid the radiation, and a lot of meds and health just in case you miss a couple of your jumps within the dome. Additionally, with the large amount of crude oil barrels and oil refineries, it makes the dome a great monument for obtaining low grade fuel to make furnaces, or to fuel tools and vehicles.

Before we begin to climb the dome, you should know that if you manage to obtain a minicopter or scrap heli, it is possible to fly it to the top of the dome, allowing you to skip all the climbs to reach the best loot. Climbing the dome can be done in multiple ways, which can include a fast but dangerous path, or a slower but safer one.

First way to climb the dome will be the most obvious and fastest, but definitely not the safest. Begin by climbing up the following path to the entrance of the dome. Now enter inside the dome and locate the two crates at the bottom level. Next head outside and follow the path after jumping up on the blue barrels. Now jump on and around the pipe, followed by running along the thin pipe. Enter inside and grab the three crates which can be found on the higher level. One of these crates will require a jump and a careful walk down to loot, so be careful to not fall. You have now reached the hardest and most dangerous part of the dome. You will now need to perform a jump, which if done in correctly with most likely kill you. No pressure. The best way to perform this jump consistently is to get close to the edge and perform a small run and jump by holding shift and then space. If you have completed the jump, continue up and follow the pathway to the loot.

The second one will completely avoid the dangerous jump, but will take a little bit longer. Once in the higher level, finish looting the boxes. But instead of performing the dangerous jump, head back outside the way you came in. Run towards the thin pipe you crossed, and you will see a second pipe which you can jump on and climb up.

In case this fall is changed in a future update so you can now take damage, you can always go down the path which takes you on the pipe which can be used to bypass the dangerous jump. Follow until you see a metal pole extending from the side of the dome. Jump down onto it, and get onto the path below. Follow the pipe in the direction you were initially travelling until you reach a platform in which you can safely drop down to. Run down until you find the blue barrels and take the ramp off to the left. Now jump down onto the launch silos and follow this down to the ground.

The dome is a fun location that quickly acquires some creates, and try your luck at a bit of parkour. But remember to be careful since the dome contains a lot of locations in which you can mess up and easily die. Thanks guys for watching, and I hope to see you in the next video. 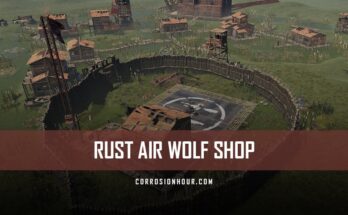 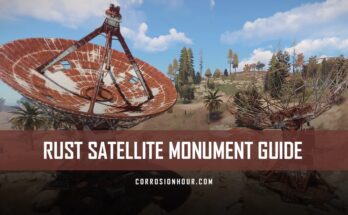 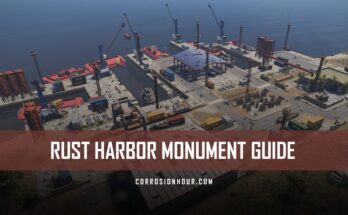