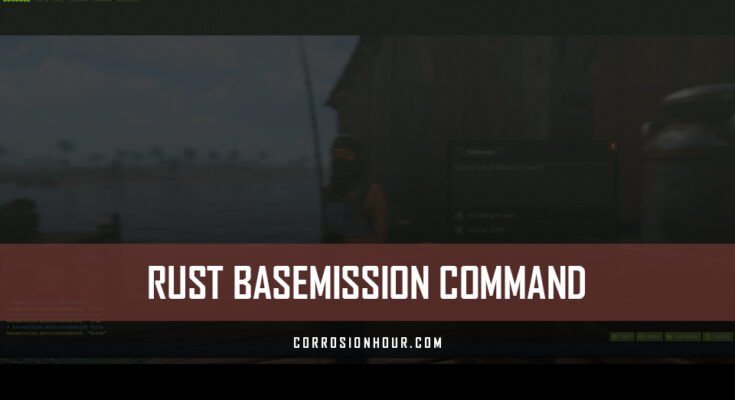 The RUST Basemission Command and Variable

The RUST basemission command and variable is used to enable and disable missions for players on a RUST server.

This is a server-wide setting, used by admins, that applies to all RUST missions and the NPCs that provide them across the map. Unfortunately, this command does not provide any granularity to server admins for specifying which missions will be enabled or disabled.

Who can use the RUST basemission command and variable

The RUST basemission command and variable can be used on vanilla RUST servers by RUST admins and moderators only. This command is not available to the general player base.

How to use the RUST basemission.missionsenabled command and variable

Getting the current basemission.missionsenabled value: