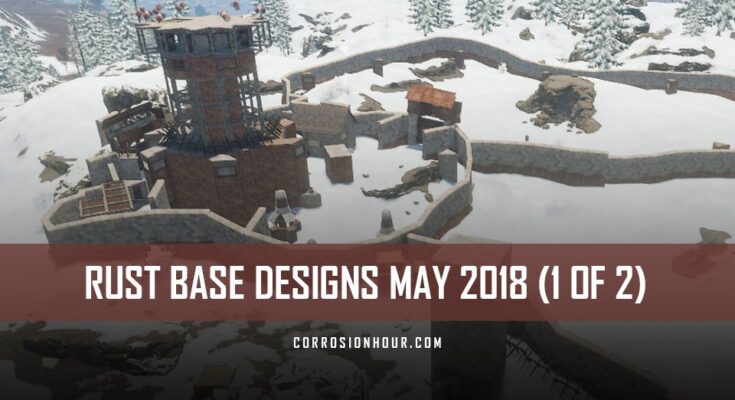 Each month, Corrosion Hour gathers screenshots of RUST base designs found across the server to provide laughs, future inspiration, and lasting mementos to be shared.  This month is a little bit different as we are experimenting with bi-weekly map wipes, so this will be a two part series, in which the base designs will potentially have been impacted by the map wipe schedule as well as the time of year. Can you spot the main differences from previous RUST Base Design posts?

For the month of May, Corrosion Hour began to see a significant player drop. We have a few reasons to suspect why this is, but ultimately, after putting a bot into place to automatically ban/kick players with prior VAC/Dev/Game bans less than 365 days, we’ve reduced our player base substantially. There’s also been significantly less clans making their rounds. Due to this, more solo/duo/trio groups are showing up. There’s clear evidence of this by the sheer number of 2x2ish bases appearing. One other thing we’ve seen is with the introduction of our PVP Leaderboard, players spend much more time outside of their base and surrounding area, purely hunting other players down. So the focus on building massive bases has been  reduced for multiple factors, beyond the season and other premier games being released.

With recent updates removing the infamous bunker base design, newer versions of bunker bases are appearing, such as this one designed by Roat Gaming. Even with the newer techniques, we didn’t spot any bunker bases this round. We’ve intentionally left out the internals of our server’s bases to preserve players secrets, however more people are requesting us to review the insides of the bases as well, so we’re looking into what we can do here provided players on the server are up for it themselves.

We hope you enjoy the RUST Base Designs for the first half of May 2018. Keep an eye out for the follow up post (Part 2), near the end of this wipe cycle. By then we may even have the chance to record some videos or at least make some headway. 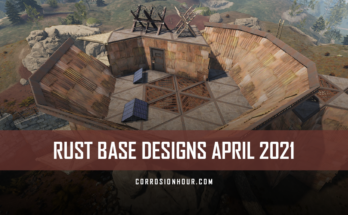