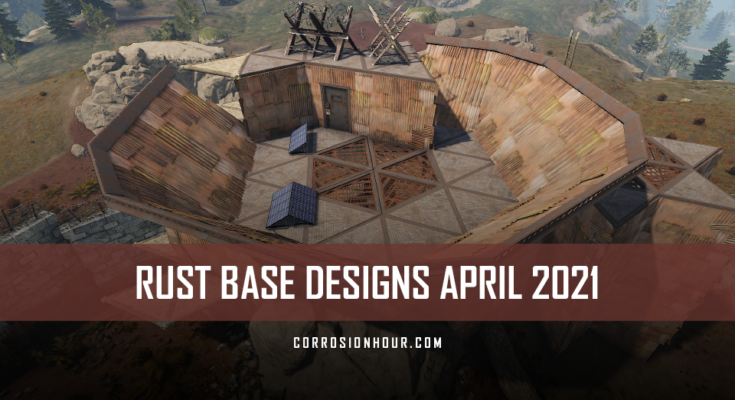 RUST Base Designs for April 2021

It’s been a long while since our last RUST base design showcase post, so this is long overdue. Seeing as this was the last wipe before the HDRP backport art was to be merged into release, we felt it would be meaningful to record how RUST players were building and designing up to the end of a graphical era in the game.

There are many changes that have impacted the in-game world of RUST up to this point, and most recently in the May 2021 patch, which included changes to cliff prefabs, rocks and procedural terrain. These changes were destined to change the landscape and with it, the numerous meta of RUST base building and design.

The April 2021 wipe was a quiet one for our No Decay server but that doesn’t mean that it was without some interesting base designs. Thanks to the no decay settings and the fact that players have been amassing their blueprints for a good 4 months since the January forced bp-wipe, even small teams, and solo players were able to create some impressive compounds that stood til the end of the wipe.

This month we bring you 60+ RUST base designs for the April 2021 cycle to add to our monthly showcase collection. Hope you enjoy it!