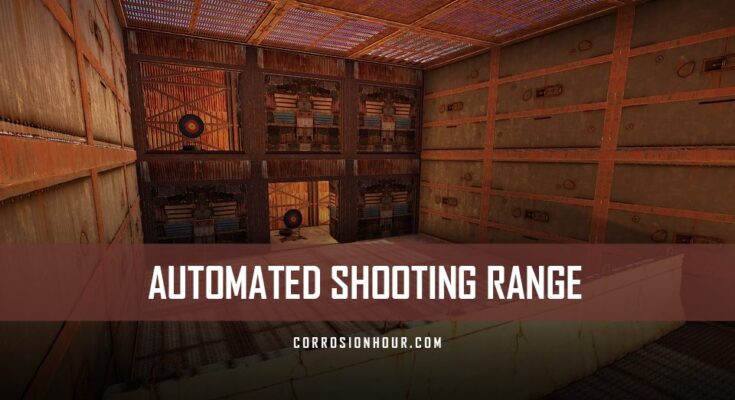 This RUST automated shooting range design was created by our partner Quick Electric.

The range itself, after being properly configured, will open doors at random. This allows players to have a line of sight on reactive targets behind the doors.

Players and server admins alike can utilize this shooting range to improve their skills and offer a unique aspect of their server to all players.

Hey everybody, Rust Quick Electric here today with my friend Donovan B. We’ll be showcasing the use for the customizable time sequence in which Donovan B created an automatic shooting range example. We’ll be going through the wiring, as well as explaining how it works. I hope you guys enjoy.

Alright so here’s a quick build for the small firing range. Here we have the generators that we’re going to be using for power. I have them all going into route combiners. Here we’re splitting it off with a branch, putting it into a switch to the toggleable system. It comes off to the right here, to power these two splitters with the splitter that goes off to power timers and branch switches that we’ll get to in a second.

But the switches come here to toggle to go in through these five electrical branches so that the power gets delayed so it powers the timers before they’re actually toggled. They come through this door switch that goes up to a timer, timer toggles for one second, it goes and trips this electrical branch with this RAND switch, resetting the previous RAND switch and powering this one, doing the true or false, which would have to activate one of the doors.

Then it becomes a blocker over here, that comes toggles the other timer. And that timer goes to the next part of the series, which this looping sequence that Quick Electric used. What I made comes to the other RAND that opens this other door. And so if we were to turn it on, timers will start looping and trigger true and false for both RAND switches. So you can go ahead now.

Now that Donovan gave us a simple two-step version of the time door sequence, we’re going to go ahead and go to the original build. Now to walk you through the actual wiring of the larger setup, we have the switch at the front which comes into the initial branch. The branch will then come off with the branch out into this five branch delay.

Now the reason behind the delay is to handle an exception where if the or switch is receiving two power inputs at the tick, there’s potential that it might not actually trigger and it will block itself. That has to do with the current flow through of power in the game, and it can be easily remedied with this simple delay. So this delay is about a millisecond. It then allows the flow-through of power to come into the input of the or switch.

Now the other input of the or switch, which is input A, comes from the final blocker of our sequence. And you’ll see that we have a one, two, three, four, five, six-step timed sequence. The final output of the blocker will come down into the input A of the or switch, which will allow for the reset of the toggle. The or itself powers out into the first-timer of the sequence. All six timers will be set to a delay of six seconds, or obviously configured to whatever you want, because they are configurable.

Now you’ll see that this power out of the branch is coming across into the first branch RAND sequence. Now, this is the creation of Donovan B, in which the branch out will be powering the RAND switch set, as well as the RAND switch reset of a different switch. Now in total, you have six RAND switches for six doors of which every set and reset is set by a different branch from a timed sequence branch.

The only difference is that it goes into the next RAND set/reset of the sequence. You’ll see that it’s set to twelve, as well as four again as in the time sequence video. And it will continue on until you get to the final block pass-through portion, which as I said in the beginning, flows right back down and into the input A of the or switch.

As with any video, I welcome you guys to check out the Discord as well as the new server. And also I have a link to Donovan’s Discord in the description of the video. He’s a fantastic electrician, as well as a very kind person. He’s more than willing to help you hop on in and learn some things, and share some of your own.

I wish you guys the best day, and thanks as always. 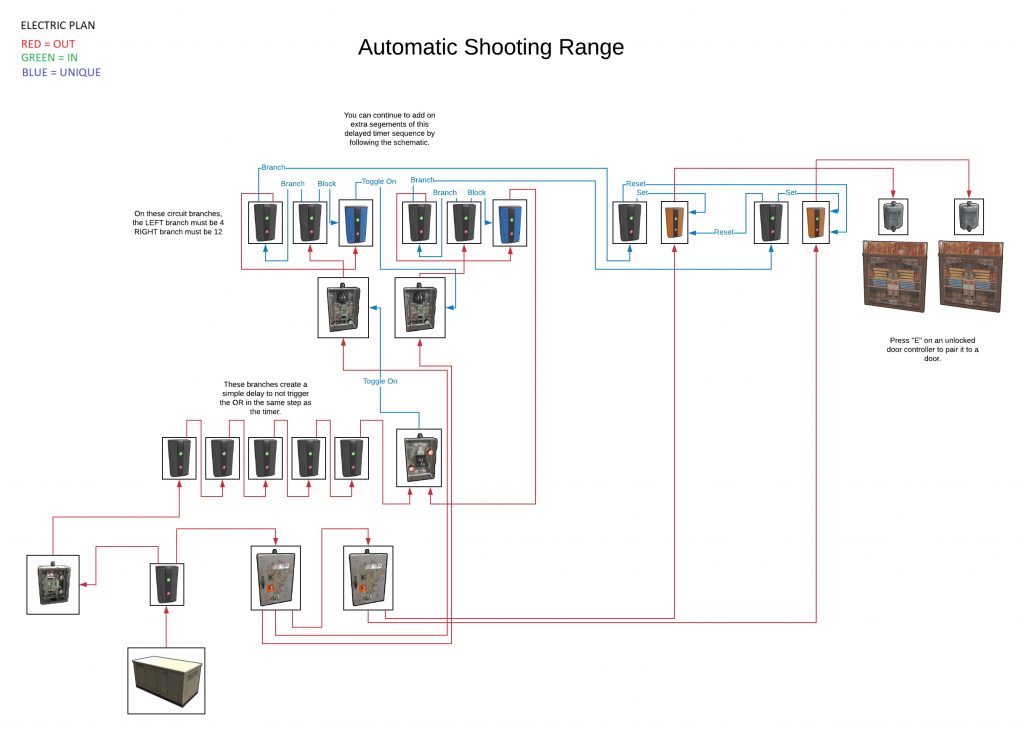