Overwatch is a team-based FPS focusing on unique abilities

Blizzard Entertainment has been a pillar of the gaming community for years, with games like World of Warcraft and Diablo at the core of its offerings. Still, the advent of Overwatch as their latest game launched Blizzard into the world of first-person shooters.

Hailed as a unique take on first-person shooters, Overwatch changed the landscape of what was considered possible in the genre. The game has brought scores of new players to the genre for the first time, thanks to the unique abilities introduced to heroes in Overwatch.

Overwatch is a 6v6 “hero shooter,” focusing heavily on team play. Teams vie for a single control point or progressing a moving payload across the map or capturing multiple control points from the other team. The game currently has four game modes within competitive: Assault, Control, Escort, and Hybrid.

Occasionally, the game also has other competitive modes available during events, such as Competitive Capture the Flag, Competitive Team Deathmatch, and Competitive Lucio Ball (a take on soccer where all players are the Brazilian hero Lucio). 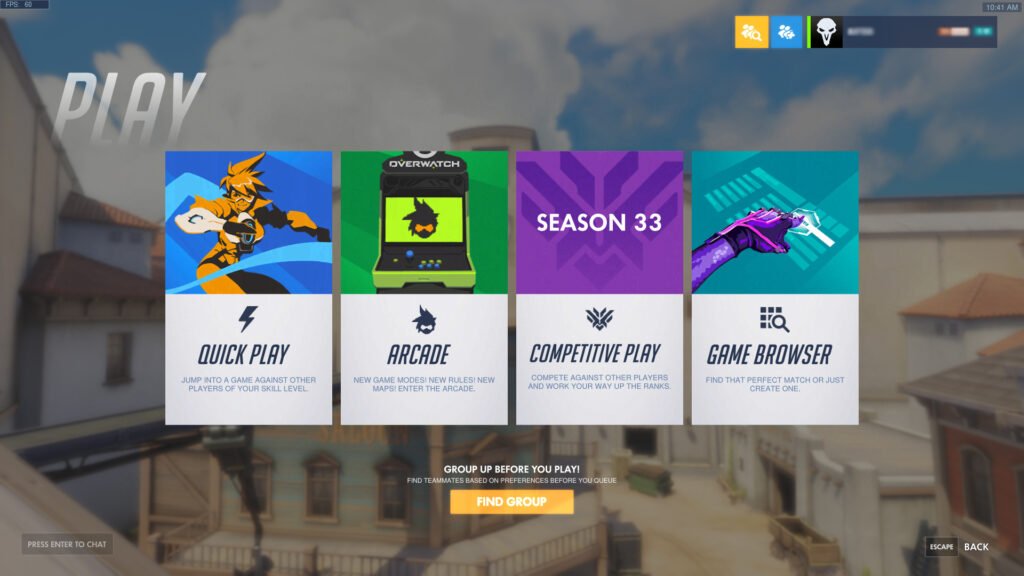 In early May 2016, the game saw almost 10 million players testing gameplay and features during the final open beta. Overwatch was released on May 24, 2016, for Windows, Xbox One, and Playstation 4. Blizzard also released two special edition copies of the game, which included extra skins, bonus items, and even a hero statue.

Overwatch has maintained a large player base, with over 5 million active monthly players and higher, according to activeplayer.io. Due to a lack of in-game content, the player base has continued to drop over the years. The Overwatch team at Blizzard has put future updates to the live game on hold due to the development of a sequel, called Overwatch 2, which was announced at Blizzcon in 2019.

The story of Overwatch is set around 60 years in a fictional near-future, around 30 years after what is described as the “Omnic Crisis.” Robotic humanoids were developed called Omnics and were eventually viewed as people, but a crisis arose when the “omnium” facilities producing the robots began creating Omnics that would attack humans.

Countries around the world began forming programs to fight back against the Omnics. The United Nations created a group called Overwatch that recruited the best to help resolve the threat of the rogue Omnics and restore peace throughout the world.

Two soldiers from America’s Soldier Enhancement Program were placed in charge of Overwatch, named Jack Morrison (known as Soldier 76 in-game) and Gabriel Reyes (known as Reaper in-game). Overwatch managed to quell the Omnic Crisis successfully. However, a rift developed between Morrison and Reyes, and Overwatch was eventually broken into two groups known as Overwatch and Blackwatch, a covert-ops division of Overwatch. 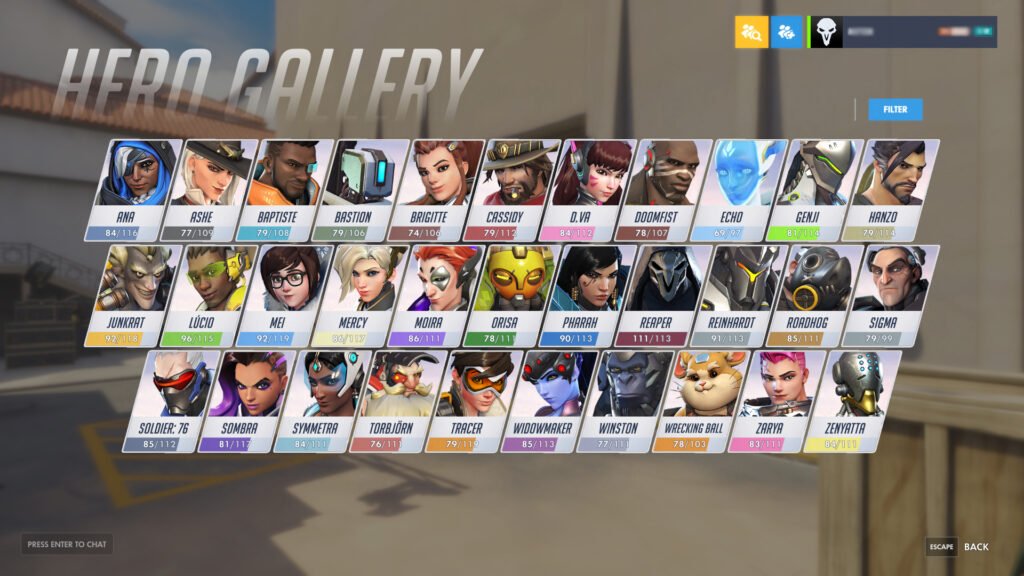 Heroes in-game are also sourced from other rivals, such as Talon, a terrorist organization in the Overwatch world. The rift between Morrison and Reyes intensified, resulting in infighting between team members, leading to an investigation by the UN.

During this investigation, an explosion at the Overwatch headquarters in Switzerland reportedly killed both Morrison and Reyes, and the UN disbanded Overwatch with the Petras Act, forbidding all future activity.

The game Overwatch is set 6 years after the initialization of the Petras Act, where another Omnic Crisis is threatening to break out in Russia, and heroes formerly part of Overwatch are in hiding or acting as vigilantes, attempting to restore order and do good on their own. Despite the Petras Act, Winson, a playable character who is a highly intelligent gorilla and scientist, decides to reform Overwatch.

Blizzard has pushed the story of Overwatch forward thanks to their talented in-house cinematic team, creating animated shorts over the years. New hero releases and events have added to the existing lore behind Overwatch and revealed details about existing heroes.

Blizzard has also produced short stories, comics, and even a novel called The Hero of Numbani to expand on the lore of the Overwatch universe. Players can find a comprehensive list of all in-game lore on the Overwatch site.

Overwatch can be optimized to run on various graphics cards and has many options to optimize FPS for players’ setups. For players that use laptops for gaming, there are in-game options to help optimize graphics while running faster. 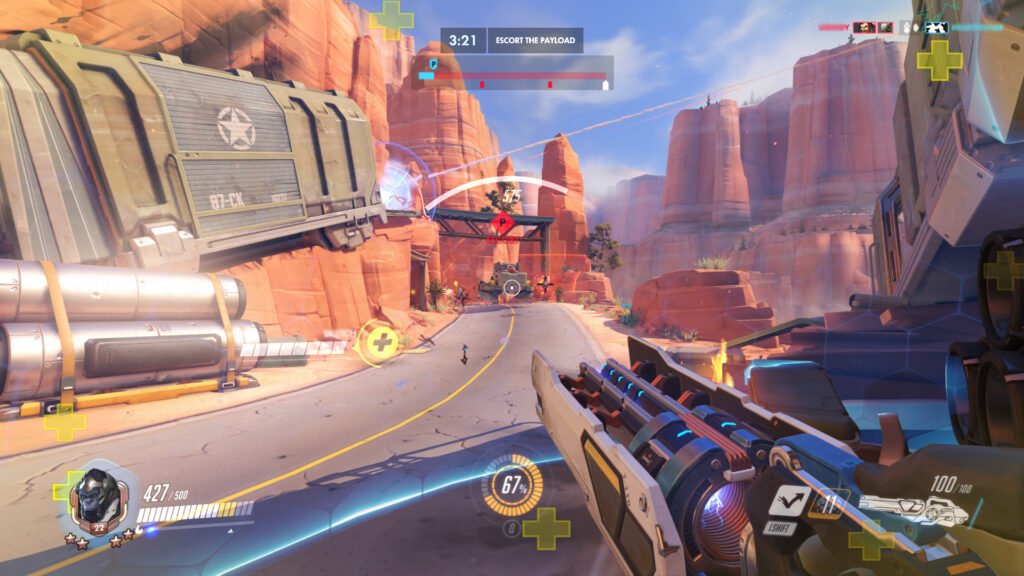 Lowering settings for graphics such as textures or limiting frames can help the game run faster for the most accurate gameplay. The servers for Overwatch are spread throughout the world to help optimize latency.

Sound design is something Blizzard has always taken very seriously, with teams assigned to create music, sounds for each weapon, and environmental sounds. Crouch walking in-game will limit their hero’s sound, although this is usually not a factor unless a player is flanking to use an ultimate ability.

Players can switch heroes once the game starts, but they will be locked to heroes of that role in the Role Queue mode. Role Queue was implemented in mid-2019 to encourage proper team compositions in the game. Both competitive and quick play modes have Open and Role Queue options. 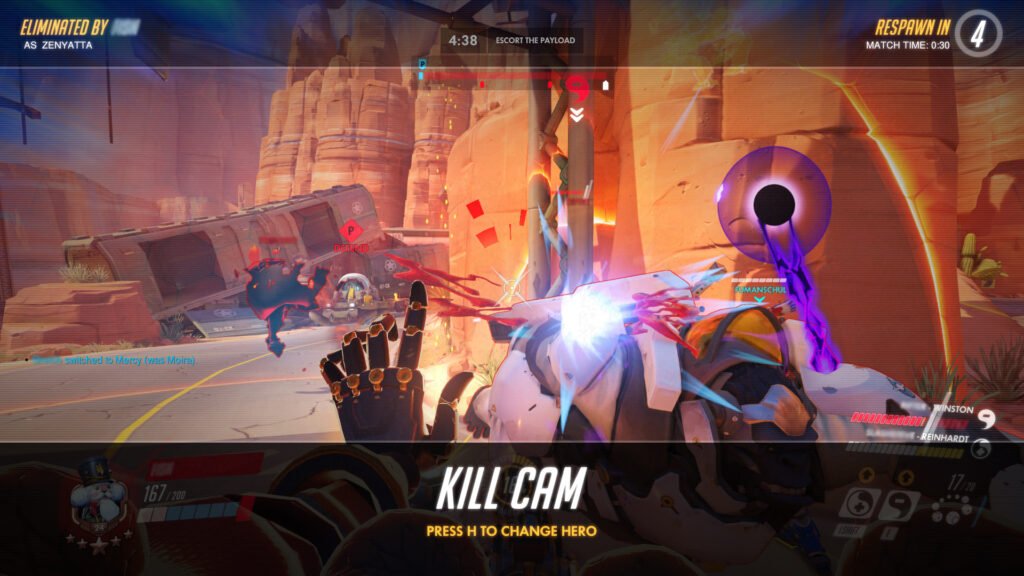 Tank heroes have higher HP than other heroes and are designed to control the pace of team fights. Tanks help make space, push back the enemy, and move team fights in the direction they need. Some of the tank heroes in Overwatch have shields, while others have more crowd control abilities, and these types of tanks are known as shield tanks and off-tanks. Off-tanks frequently have to peel for lower HP targets being harassed by the enemy team.

Damage heroes prioritize kills over other objectives. The damage role category includes heroes with hitscan weapons, projectile weapons, or even heroes that focus on melee attacks, such as Doomfist. The variety of available weapons and fighting styles has been a drawing appeal of Overwatch since the game was released.

Support heroes help to heal allies and provide buffs to allies and debuffs to enemies. There are a wide variety of play styles available in the support category. These heroes with unique abilities across the three types have drawn many players new to the FPS category to Overwatch since not all heroes are technical aim-based heroes.

Each game mode within Overwatch has slightly different objectives. Each team will have a turn on attack and defending sides in three of the game modes.

Players will respawn with every death after a respawn timer. There is a strategy for team fights, such as grouping up, flanking with certain heroes, or utilizing specific hero compositions to create dive, bunker, or other different fighting styles.

Players can choose only to play a specific hero or role or flex across roles and types of heroes. Learning how to counter specific heroes and abilities is also an essential skill for players to acquire.

Overwatch has a competitive mode, an unranked mode called Quick Play, and a section called Arcade with rotating ranked and unranked modes such as Mystery Heroes, Deathmatch, or Competitive Lucio Ball.

Overwatch also released Workshop Mode in April of 2019, where players can use available code to create custom game modes. Many of these game modes are available to play during queue times.

Overwatch has seen a dedicated player base since the 2016 release of the game, and the wide variety of game modes and hero choices have brought new players to the genre. Since not all heroes require precise aim common in FPS games to excel, many new players have found heroes that suit their level of play and can still make an impact in team fights.

Players are able to stack in both unrated and competitive modes, and players will find that a duo or stack can help their chances of good team comps and team synergy. Ranking up in the competitive mode can take time, but players under Diamond rank can be awarded extra SR for individual plays. It’s not much different from the popular CS:GO Ranking System.

Overwatch does have a wide range of agents and maps, giving a wide amount of variety to the game; however, the game and Blizzard have come under fire since the announcement of a sequel game in 2019. 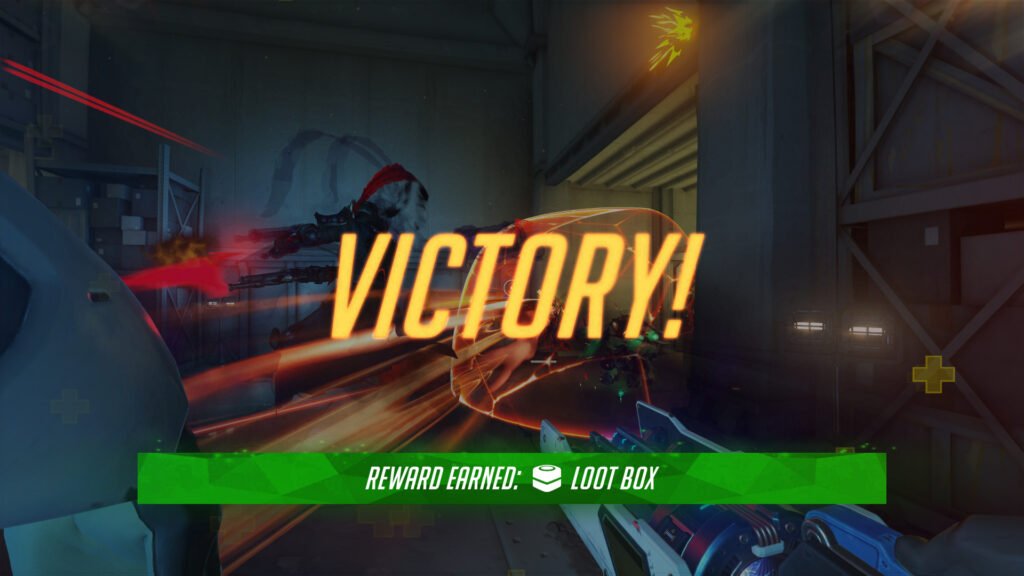 At Blizzcon 2019, the dev team announced Overwatch 2, which will update the game to 5v5 and remove the Assault mode, among other changes. Once the sequel was announced, Blizzard also decided to stop further hero and map updates to the live game and instead opted to release in-game cosmetics while the team diverted resources to the new game.

Because of the Coronavirus pandemic and other factors, the sequel has been delayed over the past three years, resulting in the player base of Overwatch dropping and becoming anxious for new content. Regular content creators have lamented this lack of content, and the morale of players in the game has also suffered.

Developers have promised to increase the level of communication with the player base and, in 2022, tested Overwatch 2 through a secret Alpha.

As of the time of writing, Blizzard is testing Overwatch 2 with an expanded player pool in a Closed Beta, set to run through May 17, 2022. Players are hopeful that the Beta and subsequent Overwatch 2 news will revive the player base and the game.

Overwatch pioneered a unique take on FPS games with its ability-based heroes, inviting an entirely new audience to the FPS genre. While the player base has dropped due to the lack of content, the game has recently surged in popularity once more, thanks to the news and release of Overwatch 2 content. Fans of the game remain hopeful of its continued success and growth in the world of eSports.