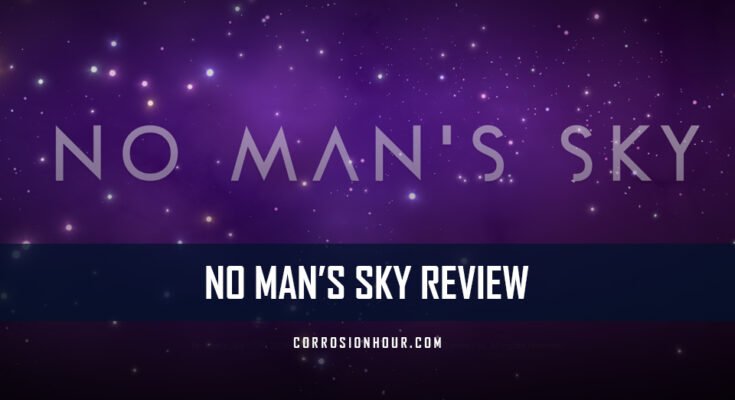 No Man’s Sky, you were the chosen one!

No Man’s Sky is a game that was always destined for greatness. Hello Games‘ magnum opus indie title set the world on fire with its initial unveiling at Sony’s E3 press conference way back in 2014. At the time, it was unheard of for big publishers to present indie games on the E3 main stage. This was an honor usually reserved for first-party developed titles, but the concept and demo for No Man’s Sky were so strong that Sony agreed to market the game as if it were a first-party title.

In the two years leading up to the game’s launch, the hype for the game only grew. The excitement reached a fever pitch when Sean Murray, a co-founder of Hello Games and the creator of No Man’s Sky, appeared on The Late Show with Stephen Colbert. Murray presented the game to a group of people who weren’t necessarily invested in gaming culture, but the concept shown in action was enough to make even this audience excited about the possibilities of the universe and gameplay Hello Games was creating.

Near-infinite solar systems, an unfathomable number of planets, and procedurally generated creatures and plants to study while you set out on your own Star Trek-style expedition. Nothing like that existed up to that point, and Murray’s excitement and passion for the project were infectious.

Unfortunately, upon its initial release, No Man’s Sky didn’t even touch the lofty goals it had set or meet the expectations it was marketed to. Shallow gameplay, a hollow version of the multiplayer that was promised, and game-breaking bugs all marred the much-hyped release. But that was almost 6 years ago. Since then, the team at Hello Games has continually added new content and features to the game, to the point that No Man’s Sky today barely resembles the game that came out in 2016. What follows is a review of No Man’s Sky in 2022, a game that is constantly evolving and growing.

No Man’s Sky, at its core, is an exploration/survival game. From the opening moments, players are asked to repair a ship while harvesting necessary resources for your Life Support Systems to escape a hostile planet. It’s a tense, stressful intro, but it sets the tone and expectation for the game’s core gameplay loop.

Once you break through the planet’s atmosphere and face the vastness of deep space, the game introduces you to the primary narrative conceit. A mysterious transmission sets the stage for an epic race to the center of the universe, where a secret is hidden that will change the concept of existence.

New gameplay and story are continuously added to No Man’s Sky via free updates, and creator Sean Murray has said as recently as February 2022 that the game is “far from finished.” Few games past or present offer this kind of value, and Hello Game’s dedication to making No Man’s Sky the game they promised back in 2014 is admirable. 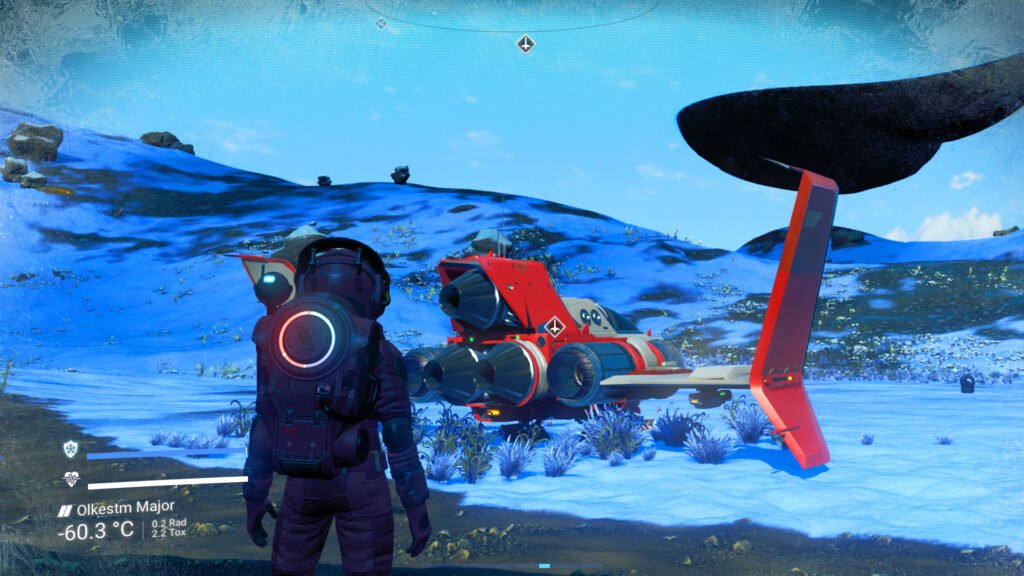 The look of No Man’s Sky vacillates between “gorgeous” and “serviceable.” Many of the game’s textures and architecture are relatively flat and simple, but bright colors and incredible vistas provide frequent moments of sheer awe.

In my initial playthrough shortly after the game’s original launch, I remember breaking through the starting planet’s atmosphere and being shocked by what I was presented with. The infinite blackness of space made the many planets of the current solar system pop with various colors that gave hints as to the nature of the planet’s surface.

A bright blue sphere was a planet dominated by water, a green planet with swirling grey clouds was a forest planet rocked by storms, and the orange-red planet was full of clay deposits and sandy hills where you’d expect Dune-esque sandworms to rear their gaping maws (which were also added in a later update in the form of the “shaihuluda”). 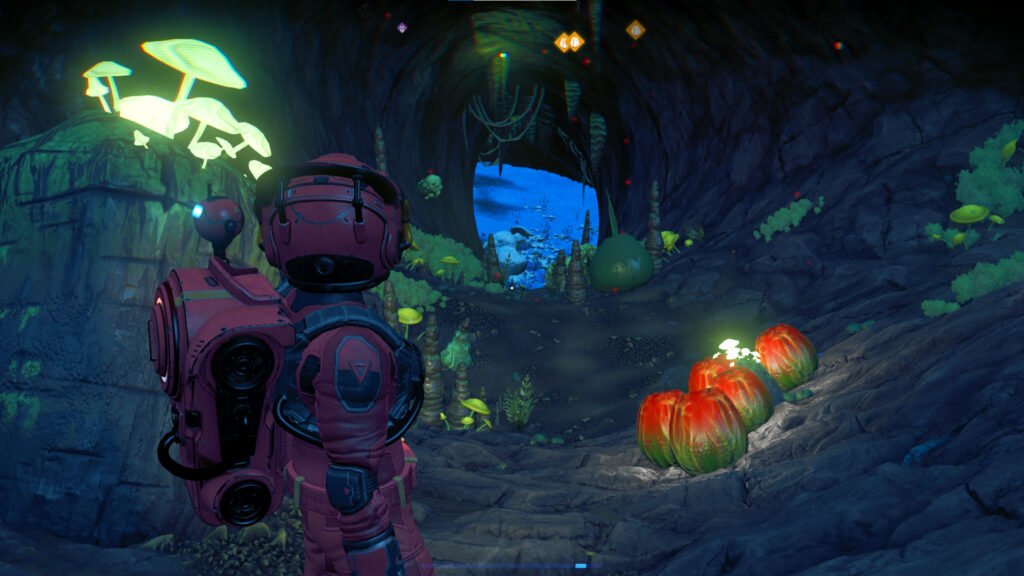 Over time, upgraded effects and game engine switches have resulted in the game becoming increasingly more impressive in the visuals department. The simple textures mostly remain, and most of the effects have been improved. Starship explosions have more bombast, while new cloth physics bring a more tactile nature to capes and clothing. The “Next Generation” update in October of 2020 was a huge visual overhaul for the game, as the developers brought the entire No Man’s Sky experience over to the Xbox Series consoles and the PS5.

Since then, and perhaps even before that, you could never describe the game as visually “boring.” There is always something interesting to see, and even if the graphics on display aren’t photo-realistic, they are enough to keep players invested and immersed in the many worlds on display.

One of the most interesting things about No Man’s Sky is the procedural generation of many aspects of its experience. That procedural generation extends to the game’s sound and music. The many ambient sounds and routines created by Paul Weir, the game’s audio director, are mixed together and modified frequently throughout the experience. The result is unearthly sounds that perfectly capture the uneasiness of exploring the unknown and the thrill of discovery. 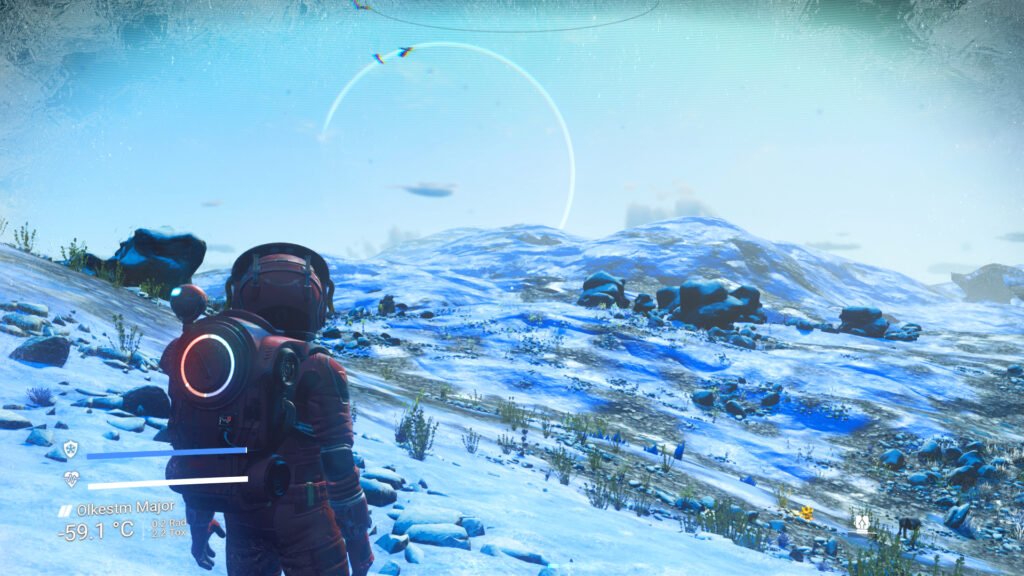 The gameplay in modern No Man’s Sky is incredibly varied. There is the classic interplanetary travel and resource mining from the original incarnation that has been refined and optimized over time. In addition to that, there are mechs to build, terrifying, alien-infested space stations to explore, and most recently, an entire criminal underworld for you to become a part of if you’re interested in living out space pirate fantasies.

There are also missions called Expeditions, which are limited-time events that provide unique gameplay and story and rewards you can only get by completing them. They are a great incentive to jump back into the game frequently, but if a hectic work schedule results in you missing one of these expeditions, you’re out of luck as far as receiving those rewards unless the Expedition happens to return at some point.

The four tenets of the original No Man’s Sky experience are exploration, survival, combat, and trading. Trading, in particular, has seen a massive improvement in recent updates. There are now full-blown trade routes that you can follow throughout the universe, making money by selling plentiful resources in some solar systems but limited in others. It’s a great way to make money in the game, and the process of obtaining and selling the resources is incredibly fluid and well-thought-out. 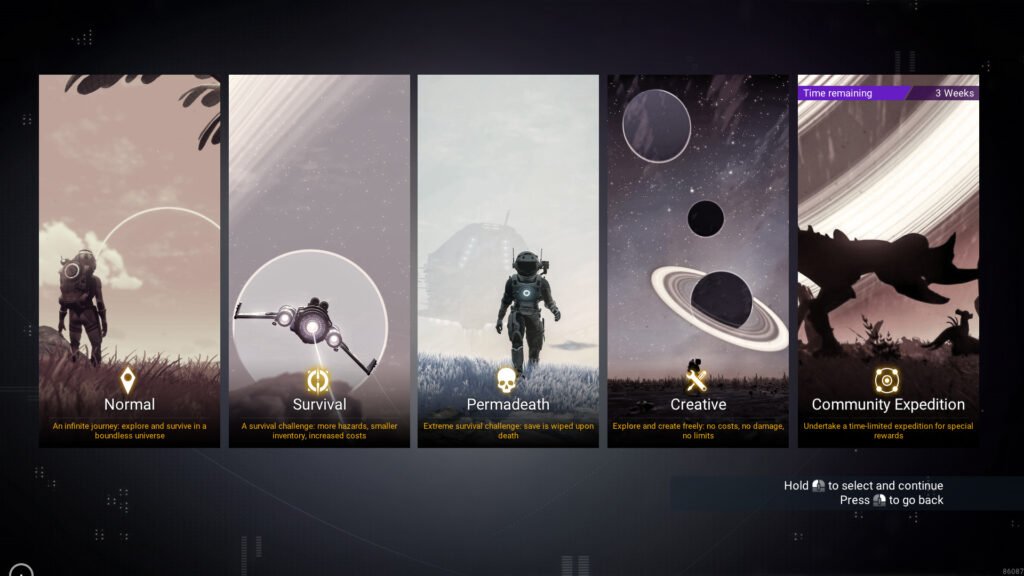 All of the gameplay in No Man’s Sky is engaging and fun, if a little stressful. Plumbing a radioactive, hostile planet for its goodies while you desperately try to keep your Life Support Systems running is a frequent occurrence if you engage in trading, and the constant threat of space pirates taking your goods is an extra layer of anxiety. Other avenues of play probably have less uncertainty to deal with, but it’s all a part of the No Man’s Sky experience, and that experience is a ton of fun.

Suppose you manage to get to the end of No Man’s Sky and see everything the game has to offer. In that case, you could ostensibly return and go through everything again, making different choices and engaging in various aspects of gameplay. Seeing and doing everything currently available seems like a superhuman feat, and new content is added regularly, so that list of things keeps getting longer.

More and more, No Man’s Sky feels like a game that was never meant to be “completed” by its players. It’s an ever-evolving entity that always has something new for players. The game even does a great job presenting new gameplay or pointing you in its direction, even if you aren’t actively seeking it out. These minor diversions that turn into multi-hour excursions are part of what makes No Man’s Sky special and also what makes it endlessly playable.

Final thoughts on No Man’s Sky

In the past 6 years, No Man’s Sky has gone from a hollow experience over-promised by exaggerated marketing to the North Star of the gaming industry. It is the prime example of how a development team can turn around a “bad” game with enough passion and love for the core concept. Hello Games’ stalwart development continues to delight and surprise fans with unexpected gameplay and quality-of-life improvements.

Now, the depths of No Man’s Sky’s story and gameplay are as vast as its procedurally generated universe. There are 18 QUINTILLION planets available for exploration (that’s 18 followed by 18 digits), and players have only visited a fraction of those. Who knows what kind of mysteries are hiding on those undiscovered planets? In many ways, this feels like an analog to the game’s development. We have just begun to scratch the surface of what is available in the game, just as Hello Games is scratching at the surface of what No Man’s Sky can ultimately become.