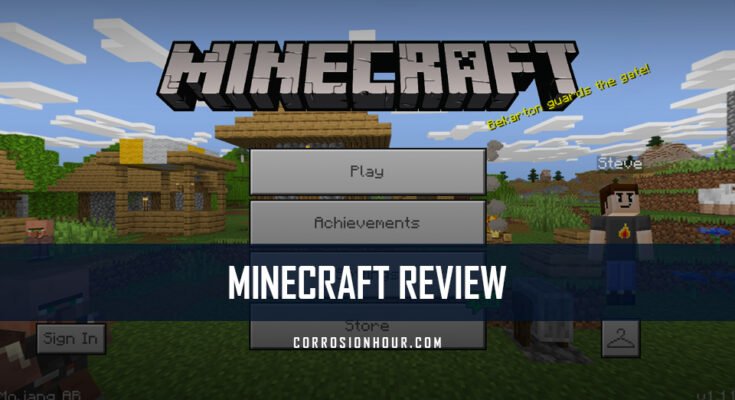 Survival games have exploded in popularity in the past decade, and for a good reason too. Aside from the inherent fun that goes along with roughing it across various landscapes, such as barren wastelands, cities, and deeply nestled woods, one game, in particular, has massively contributed to this genre.

Minecraft is a hallmark of excellence when it comes to the genre of survival sandboxes. With its charming art style, calming music, and endless gameplay that satisfies creatives and hardcore survival players, this game has a little bit of everything to offer gamers.

Minecraft goes down the route of not having a traditional narrative by letting the player form their own story with how they choose to play it. The only cutscene for the game is at the very end when the player slays the Ender Dragon, an endgame boss.

With players being able to define their experience, everyone’s tale in Minecraft is different. Some players may choose to live out their lives as peaceful farmers or fishers while watching the sunset over the horizon. 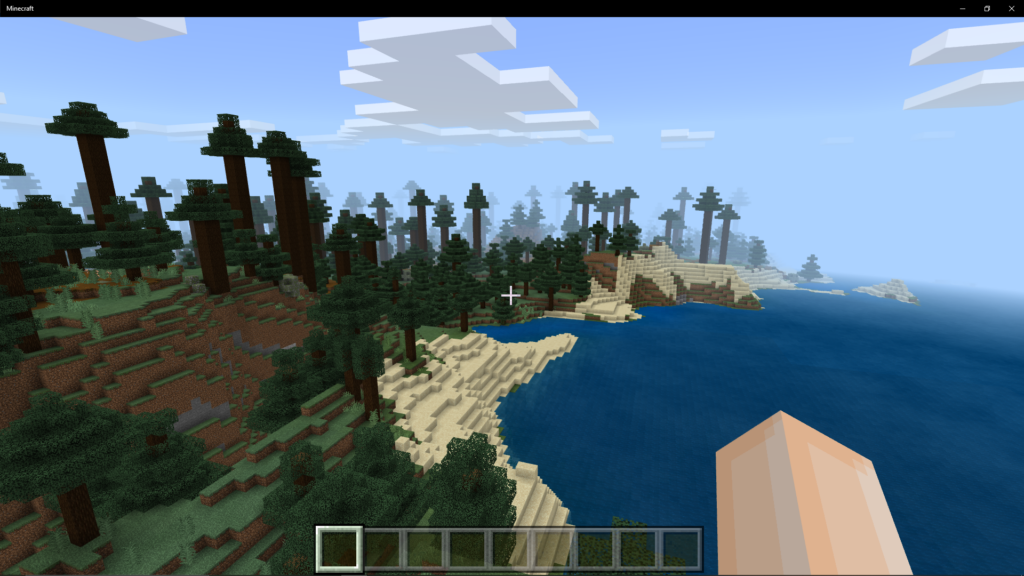 Others may opt to become proud warriors and hunt down monsters for their valuable resources. Alternatively, some players may want to chop down trees and hunt in the mines.

Minecraft works as a concept as it fulfills a unique gap in gaming. Many games toy with the idea of having an open world of sorts and crafting a narrative, but they are typically limited by roadblocks dictated by main story progress. Minecraft gives players a massive sandbox to work with and lets you do what you want when you want, and it’s such a breath of fresh air that still keeps me coming back.

A unique aspect when it comes to Minecraft is its approach to the world’s graphics. Unlike other games that opt strictly for pixel or hand-drawn aesthetics, voxels are our visual choice for the bulk of the terrain within the world.

Player characters are comprised of 3d models with pixel textures to accommodate them to give it a retro-inspired appeal. This combination of aesthetics lets Minecraft shine in a world where photo-realism is viewed as the dominant graphical style.

I believe that stylized graphics are inherently more appealing in games, and Minecraft is a beautiful example of this. Animations are simple and manage to keep the player invested in the world without needing to wait. 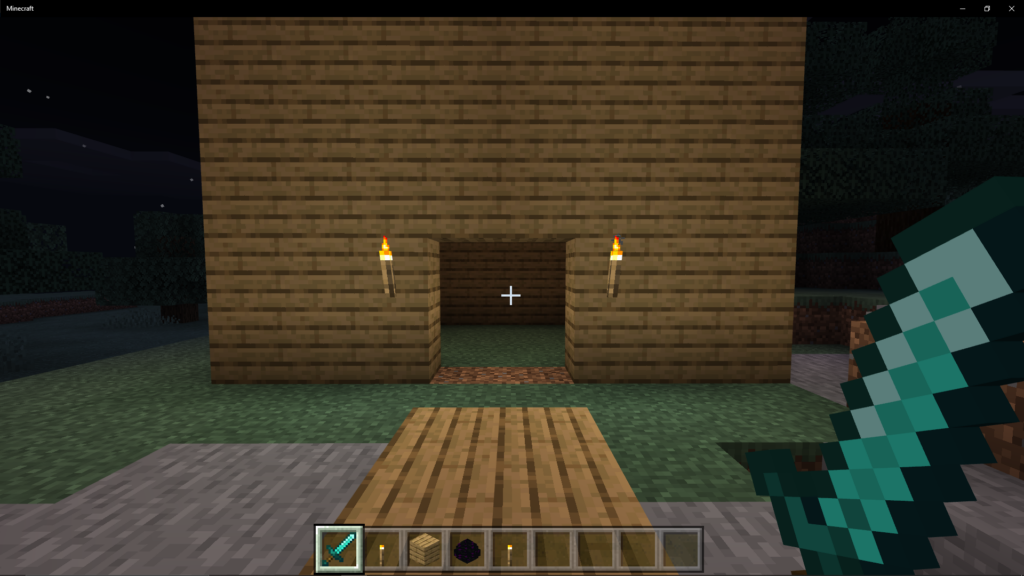 Minimalism is a proven winner when it comes to this world, and it’s a pleasant way to spend hours on end just looking at the blocky mountains in the distance with friends by your side.

With a world this large, the sound design needs to be up to par to compliment it. Many NPCs and enemies worldwide have grunts, growls, and more to accentuate how different they are.

Wolves, in particular, will howl at the player when attacked but also whimper and display sounds of affection if given a treat. Farm animals sound precisely how they should and offer the right amount of ambient noise to compliment the landscape.

Enemies such as Creepers offer a distinct explosive effect that will put many players on edge as they can destroy hard work in a flash. 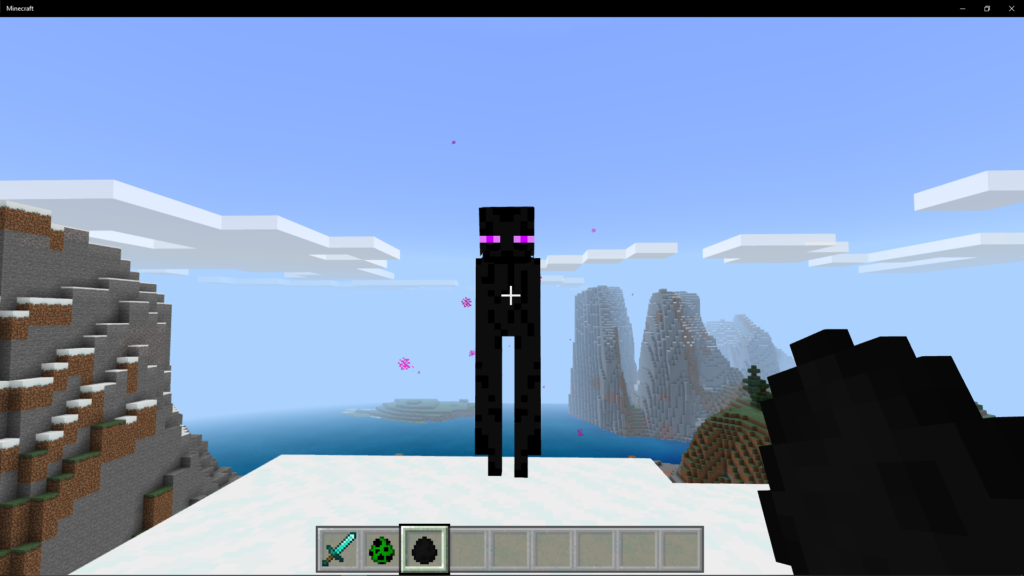 Minecraft has an almost hypnotic soundtrack that indeed emphasizes how serene this world truly can be. The piano comprises a good amount of the tracks you’ll hear, which is an absolute delight when doing something like sprucing up your home.

Atmosphere stands strong in specific zones such as The Nether, where players will fight for their life against lava and more in this burning landscape. The slow drone of the music setting in with its drum steadily becoming louder is something that stuck with me when I first entered this zone.

With ambient music similar to that of Akira Yamaoka from the Silent Hill series, The Nether serves as a stark contrast to the peaceful overworld we’ve come to know and love.

Music plays a vital role in Minecraft as it serves to mimic players’ thoughts on each area, and I love the idea behind every note.

As one of the cornerstones of the survival genre, Minecraft stands strong in the gameplay department. Players have the option of several modes such as survival, hardcore, adventure, and creative.

Survival mode has players scrounging up materials to fight against the monsters by creating shelter, tools, and more. Upon death, players lose all items currently in their inventory which makes delving into the more dangerous corners of the world all the more treacherous.

Players will also need to contend with a food meter, which will deplete over time and when the player runs. Food can be acquired by farming, fishing, hunting animals, or even finding it in chests, allowing for many ways to approach this task.

Players will ultimately need to fend off plenty of enemies, such as the explosive Creepers, the Endermen who will spell certain doom if you look at them, or even the dreaded Chicken Jockey!

Tackling monsters requires proper weapons, and with a good sword and bow by your side, you’ll be able to slay even the most dangerous creatures.

Hardcore mode is an extension of the survival mode where the game is set to the hardest difficulty by default, but the significant change is the inclusion of permadeath. You’ll only have one chance to survive in this world, so make it count!

Adventure mode is an offshoot of survival mode, but the big catch is that players cannot destroy blocks. This model is built around specific maps that players create and can be used for various role-playing needs. 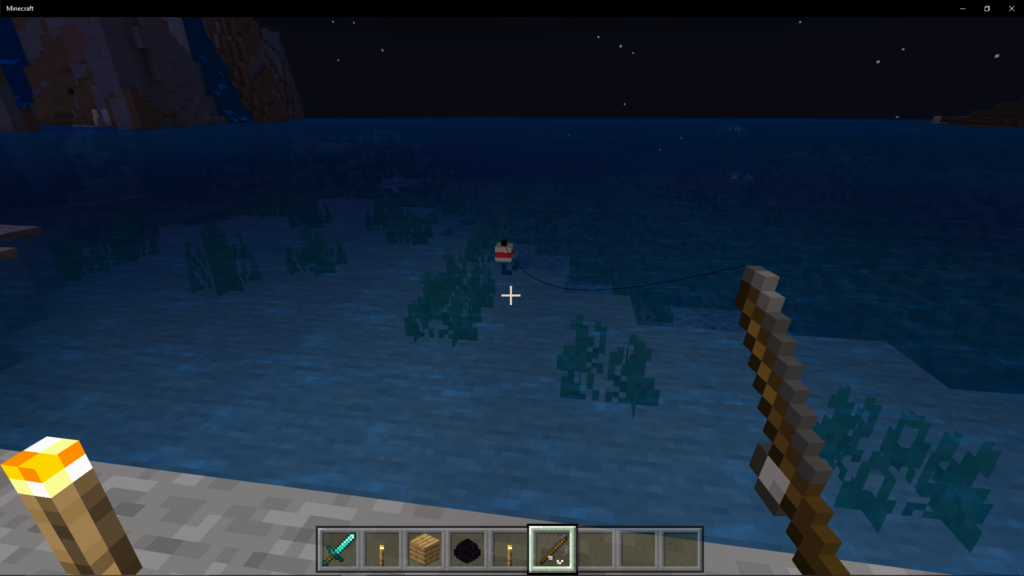 Creative mode is the last primary mode within Minecraft, and here you can let your imagination run wild. Players won’t need to worry about health or hunger mechanics in this mode as you effectively become a blocky God capable of spawning in any item you want.

One of the best aspects of this model is seeing what other players are capable of making. One of my personal favorites was a player creating a fully working computer with Redstone, a crafting component.

Players have done many beautiful recreations, displaying entire cities and even making a working version of the original Super Mario Brothers within the Minecraft engine. With so many different ways to play, you’ll be hard-pressed ever to consider using legos to build anything ever again!

Minecraft is the kind of game where it is straightforward to spend hours on end doing something as simple as chopping down trees.

Given the almost meditative nature of the game, I always find myself coming back to Minecraft after a hard day of work to check on my house and see how things are doing. What’s more, it was always fun to play with others and see how and what direction they’d take.

For me, it scratched that survival itch while also giving me the chance to build some rather cozy mountain homes to retire in. Given how many worlds and servers are out there, Minecraft truly does offer infinite replayability.

The final word on Minecraft

Minecraft appeals to me as more than just a game, but as a way of life as a creative type myself. It’s crazy to think of how large events such as Minecon are and how much cultural phenomenon this game has made in our world.

Minecraft is a game that brings people together both inside and outside the digital world, and I’m so grateful to have experienced it; if you haven’t given it a look, it’s time to take the plunge!