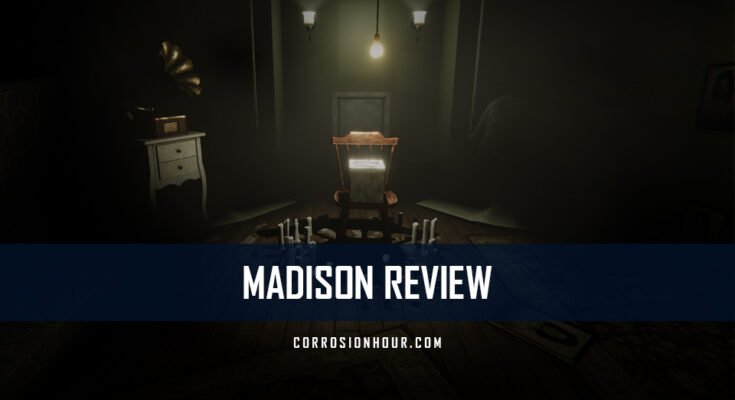 Who knew photography could be so creepy?

Every so often, a game comes along that genuinely makes the hairs on the back of our neck stand up. Once in a while, a title comes into our libraries and makes us ask, “Why is that so unsettling?”

Madison is one of those games.

It’s a story that comes along once in a blue moon to shake things up and rock the boat. While it may appear similar to plenty of survival-horror titles of late, dropping players into the shoes of a character with no weapons and no intelligence then leaving them in a dilapidated mansion with more rooms than a hotel. It is unlike others in that its execution of horror elements is near perfect. Who knew photography and clocks could be so damn creepy?

What other survival-horror titles attempt, Madison masters. It’s a genuinely haunting experience from the moment you first wake up as Luca to the chilling conclusion that will rock you back in your chair.

The story of Madison is just complex enough to keep us guessing without making us feel confused. It wasn’t convoluted or needlessly complicated. It’s a well-crafted, well-paced story that provides thrills as the player uncovers more information surrounding current events.

Players will wake up as Luca, a troubled teenager who’s recently had a birthday. From the moment you wake up, you’re solving puzzles in Madison. There’s no exposition, and at no point will the game hold your hand to make sure you understand what’s happening. It throws you into the horror of Luca’s current life like Shane throws that kid in the river.

As Luca moves around the creepy old house he finds himself in–his Grandfather’s house–he quickly finds an old Polaroid camera with his name on it, a birthday gift evidently. 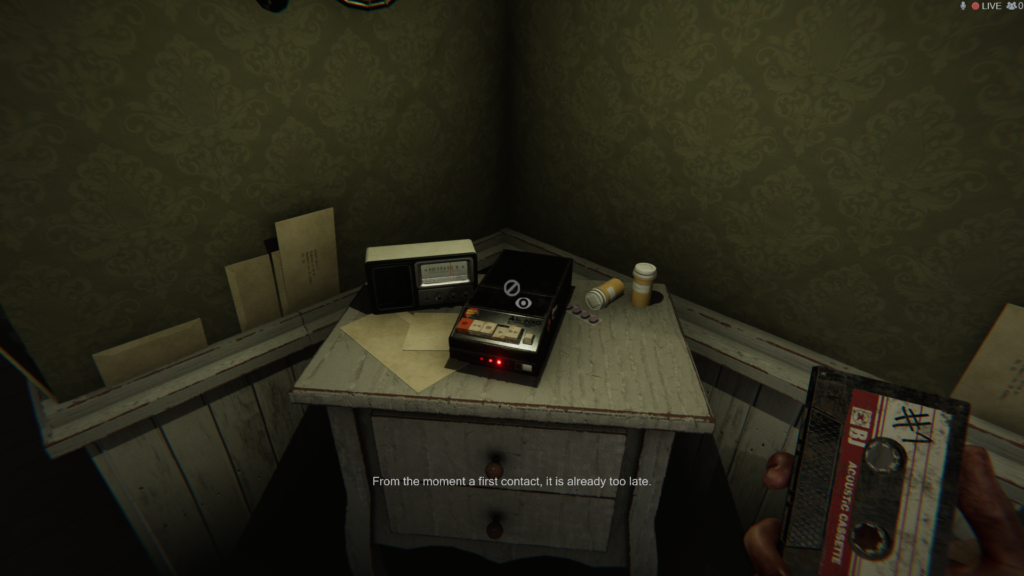 Luca uses this camera to unlock secrets about his Grandfather’s house. Taking pictures of red items will reveal clues or hidden areas, and taking pictures of portraits might reveal invisible doors.

The story broadens as Luca discovers both his Father and his Grandfather are wrapped up in some seriously dark supernatural stuff. All while the Polaroid camera becomes a center story piece itself, a hand-me-down from one profoundly disturbed person.

Luca has some gaps in his memory. Early on in the game, he picks up his old notebook and is shocked to find pages he doesn’t remember drawing. Pages like ‘Daddy’s Head’ and ‘Mommy’s Leg.’ He even starts the game with pictures of severed body parts in his inventory, and he has no idea how they got there.

The concept of Madison is unique and terrifying. You’re stuck in a haunted house with a camera tied to the supernatural, and you’re being hunted by a monster that may or may not be a demon. 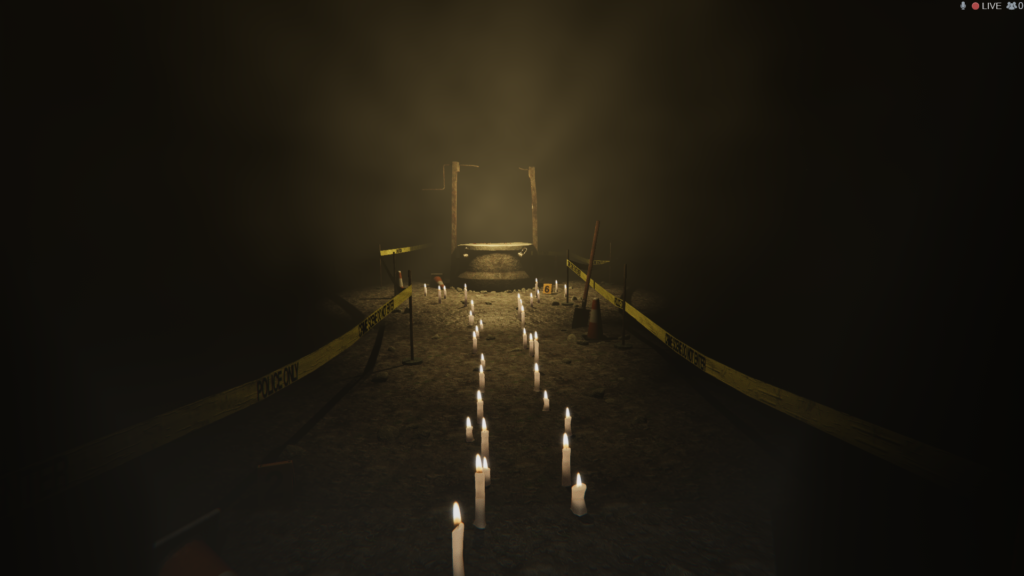 The visuals and graphics of Madison are perfectly balanced to draw you into an immersive environment and make you feel like you’re hanging out in a real house.

And that’s when the story scares the shit out of you.

I was impressed with the graphics in Madison, especially the lighting and shading. Shadows and lighting play a significant role in horror titles. Light, or the lack of it, is what creates dramatic scenes and awe-inspiring moments. Whether they realize it or not, horror titles are always balancing on a thin lighting line. Most horror titles are too dark or too bright, forcing players to get into the weeds of settings with every new game.

Madison crafts a world with perfect lighting. We could spot every item we needed without adjusting our settings, and we never missed a scare because the screen was too dark. When that eyeless creature wades just out of reach of your light in the sewers, your eyes only make out its decayed body. 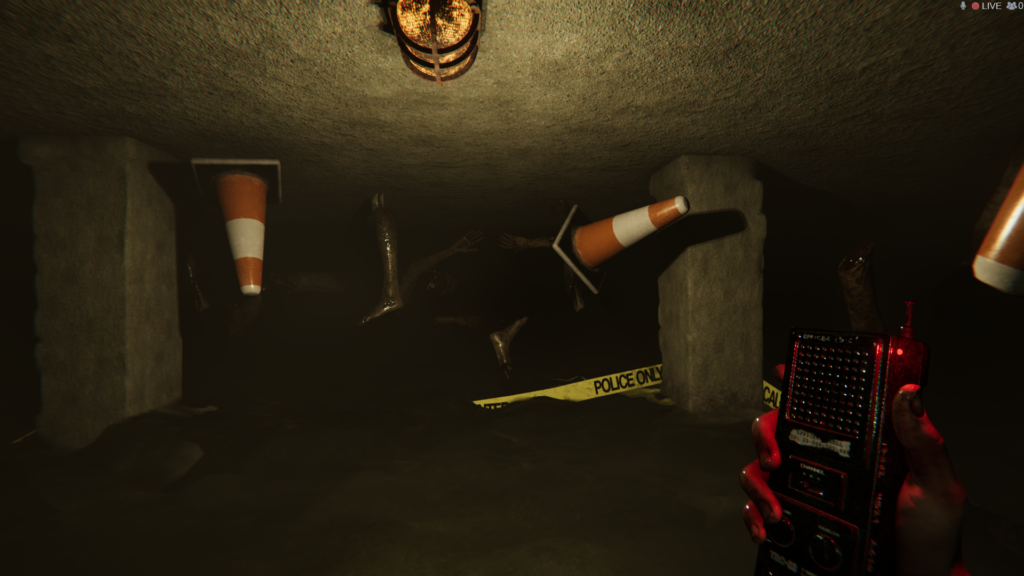 And that is well-crafted horror.

Too close to the light, you can see the creature and probably make fun of it. What is that unspoken rule in horror movies? Never show the monster?

But if the creature is too far away, you won’t even see it, and your speakers will blast creepy sounds, but you’ll wonder where you’re supposed to be looking.

Madison does an excellent job of lighting everything just enough to make your mind pick up on the little bit of horror it sees so your imagination can amplify it.

The constant ticking of clocks you can’t see. Doors were opening and closing with no one around. The phone rang despite being unplugged from the wall—classic music playing suddenly from long-dead radios. 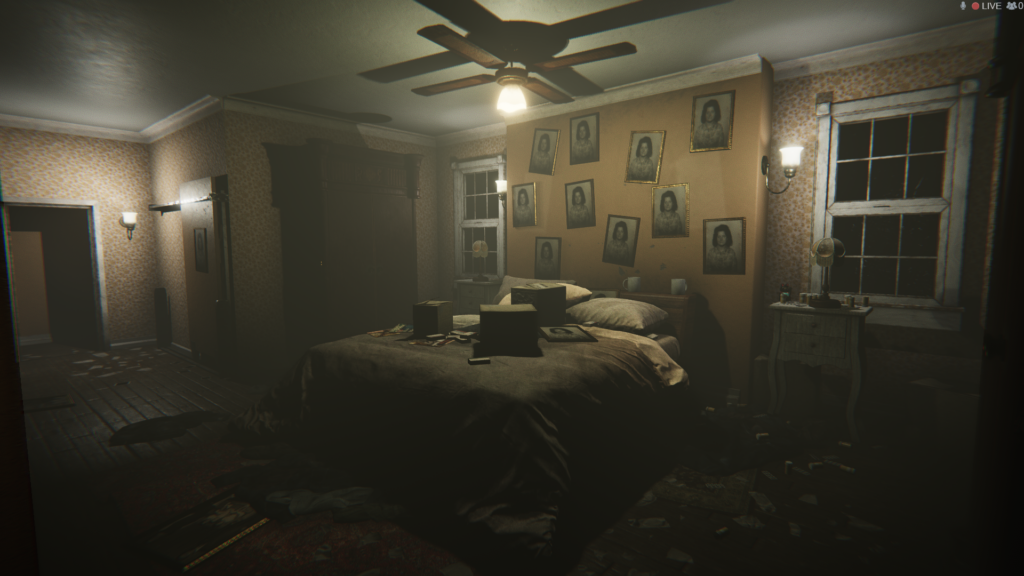 All the sounds make you pause and wonder, “What is making that sound? Where is it coming from?”

Madison has more than random bangs and bams in the background to keep players unsettled. It has perfectly timed noises that trigger when you least want them to. It has an equally relaxing soundscape–drawing you in with a false sense of security–and chilling–making you whip your mouse around to check your flank every few seconds.

But these aren’t Bejeweled or Candy Crush puzzles, if you can even call them such. These are like Resident Evil or Poppy’s Playtime puzzles. But instead of guiding players from point A to point B, Madison expects you to figure it out.

In that way, Madison reminded us of classic games that existed before the internet, before in-game tutorials. Developers expected you to pick up on their hints, put the pieces together, and beat the game. They never offered in-game tips, and there wasn’t a Corrosion Hour to write guides.

Madison expects you to figure it out. It isn’t going to notice that you’re struggling and have a prompt appear at the bottom of the screen to remind you of a mechanic you’re not using. It will not show you an objective marker when you complete a step in your main objective. 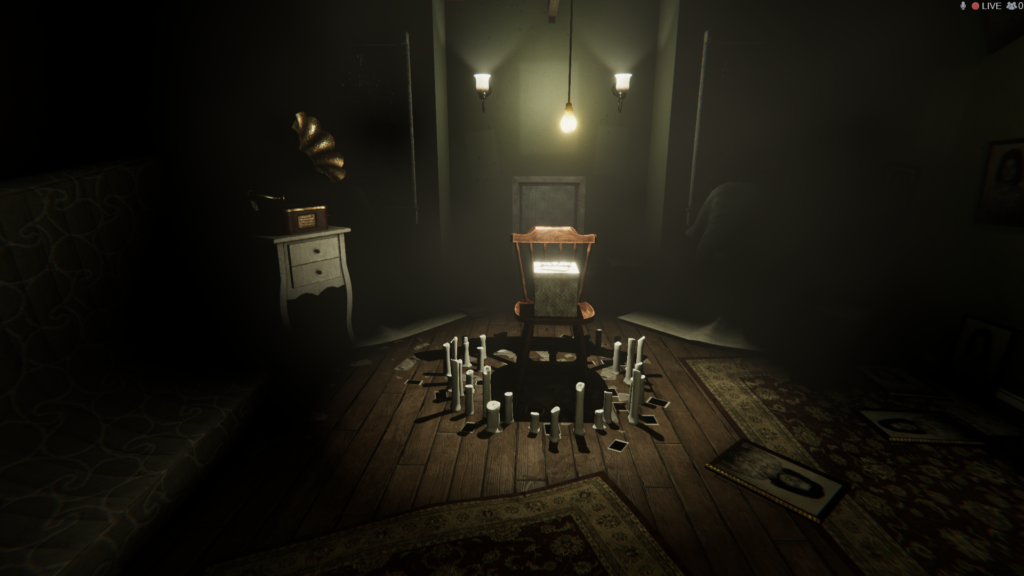 Madison’s puzzles and obstacles are tied perfectly to the story and lore. You might think those are merely the scribblings of a man descending into madness, but they show the combination of that lock you need to open. You probably think that’s just a clock and not the combination to that safe in Grandpa’s study.

The puzzles in Madison were complex enough that we often retraced our steps, trying to figure out where the evil entity wanted us to go next. We learned that you could solve most puzzles and more dead ends by taking pictures. So take photos of everything in Madison. You might even get lucky and get a few red cards while you’re at it.

We did find that a good portion of Madison–if not all of it–is merely someone walking around a house and completing puzzles. Many gamers may not find that haunting. And if not for the excellent sound design and well-crafted scare tactics, walking around Madison would be boring as hell. So if you want to ensure you’re experiencing it as it should be, use your best headphones and ignore distractions. Trust us when we say it’s worth it. 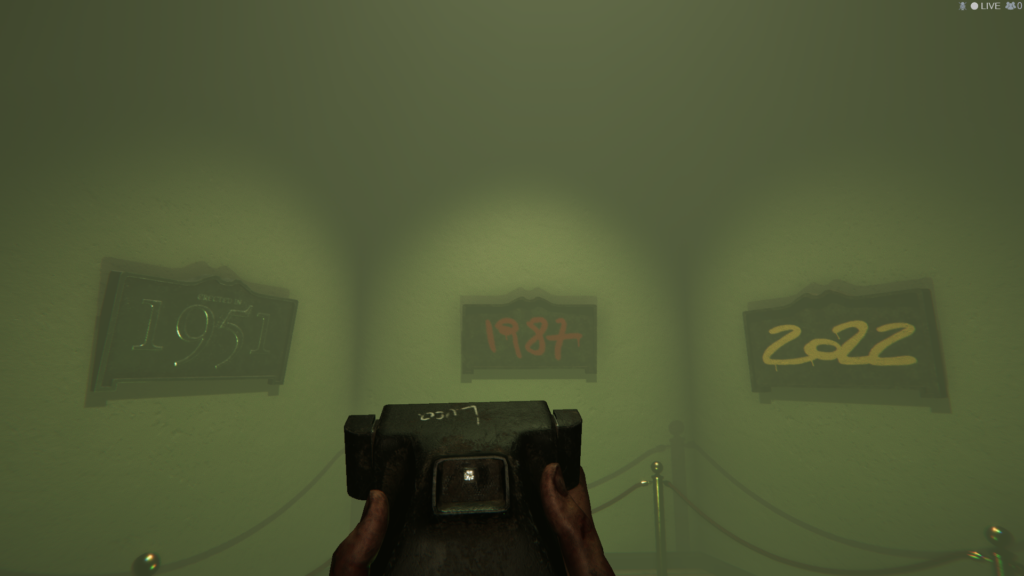 Typically, we don’t go for a second round in story-heavy games like Madison. They are usually a one-and-done type of business. But for some reason, we found ourselves craving a second run in Madison. We know we can handle the puzzles quicker next time around, and we’re pretty sure we can beat the game in under six hours easily. Not to mention now that we know the scares, we’ll be prepared for them next time.

Madison is a fantastic survival-horror game. While we usually prefer games that allow us to fight back against our enemies, Madison is a stellar experience we cannot ignore. It’s not overly gory, it doesn’t perpetuate cheap scares, and it’s not religious just to be religious.

Everything works together in Madison, the story, the characters, the camera–everything! Heck, even the game’s title–Madison–plays into the horrifying experience.

If you’re looking to experience a masterpiece of survival horror and wonder if you’ll be able to sleep peacefully tonight, do yourself a favor and pick up Madison.

But don’t say I didn’t warn you.