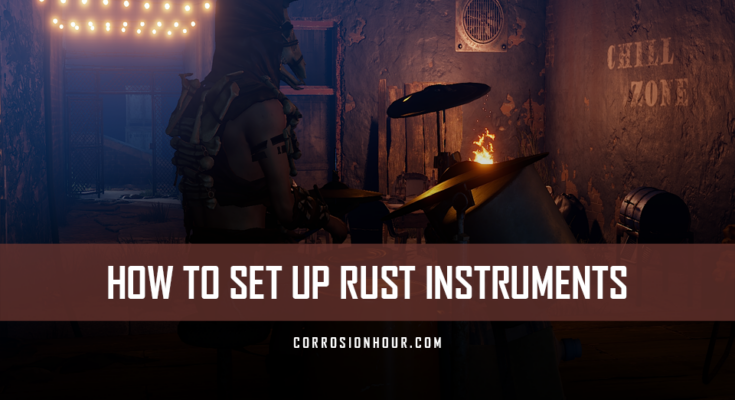 The RUST instrument update added a world of musical fun to the game for those who know how to set up RUST instruments. Whether you’ve purchased the instruments through the RUST store or have a clanmate with the blueprints, you’ve probably had a turn on the Plumber’s Trumpet, Junkyard Drum Kit, or the Wheelbarrow Piano.

But, if you’re like most people and don’t have some form of classical training, you probably only managed to blast out random notes or held down the right click and played the default loaded tune.

Fortunately, there are ways to improve your musical output for your instrument of choice, and there are more than a few instruments to choose from:

No matter which instrument you pick, the control scheme is the same. Just remember that not all the instruments boast the same range as one another, from the cowbells singular ‘tonk’ to the 88 pieces of ivory on the piano. Learning the range comes down to practice, but it is wise to know that range before choosing music pieces to play. 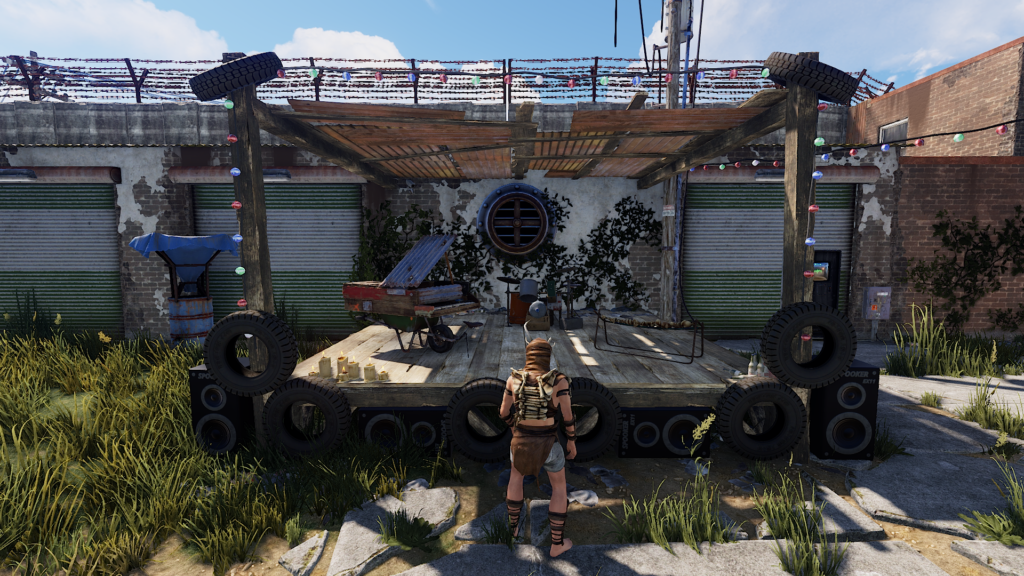 If you venture to the Outpost monument, you will find a stage with a few instruments ready to test out.

The most straight forward method for playing instruments is to use the default keyboard controls. While you will struggle to play anything smoothly, or even close to resembling a song, the keyboard is a viable method for musical play.

By default, with an instrument equipped, pressing R will lock out other controls and turn your whole keyboard into the instrument’s corresponding notes.

If you’re not playing the piano, you’re not likely to need all those extra keys and can just use the Numpad 1-7. The numbers on the pad will follow the C scale;

Pressing Numpad+ key at the same time as a number will give you the sharpness of the note. Note that if you want to play a flat note, you’ll have to play the corresponding lower notes sharp. To produce a B-flat, you will need to press an A-sharp.

Pressing the NumpadEnter key will lower the notes by an octave. For the non-musically inclined, that means reducing the note to a lower register of the same key. Numpad-1 will give you a middle C, but combined with NumbpadEnter, and you will play a lower C.

If you don’t have the time or patience to learn an instrument, then, by all means, grab a midi file from somewhere on the net and add it to your RUST’s instruments directory.

You will have to first create the directory by navigating to your RUST install location. You can find this directory by looking for the Steam directory and entering it.

If you can’t find your Steam directory (typically in your Program Files folder), you can access your install folder through Steam.

In your Steam library, select RUST, right-click your mouse on the listing, and select properties. In the properties window, you can choose the tab ‘LOCAL FILES.’ From there, select the ‘Browse Local Files” option.

Following either method will lead you to the RUST folder you need. Once you open the RUST folder, right-click your mouse and create a new folder called ‘instruments.’ In this new instruments folder, drop any of the midi files you have downloaded.

It’s a good idea to simplify the file’s name down to something short, without capitalization, spaces, numbers, or symbols. You don’t have to, but it makes the next step much more effortless.

While you’re in-game, press the F1 key to open the console. Enter the following command, with a custom name in place of ‘filename’:

And your character will do the hard work, all by themselves. Very handy if you have a particular battle tune to play on your trumpet as you charge into battle.

If you’re already an accomplished musician or have a midi-instruments at the very least, you can plug your midi device into your PC and play with that as a controller. Some midi devices will have USB output as default, but others will require a midi to USB converter. A relatively cheap cable you can pick up for just a few dollars.

Once you plug your instrument in, make sure there isn’t any extra software required by the device. Some are plug-and-play; others need their ancillary software.

Open RUST’s options menu, and enable MIDI input. Your midi device should now act as a midi controller whenever you have an instrument equipped in-game.

It’s time to set up your RUST instruments and make some noise!

As their primary purpose in-game is to be a nuisance, most people have the volume of their instruments turned down to zero in the game options, and who can blame them. But if you feel like having a recital, or entertaining your group, grab a midi controller, or download your favorite pieces and have a little concert.