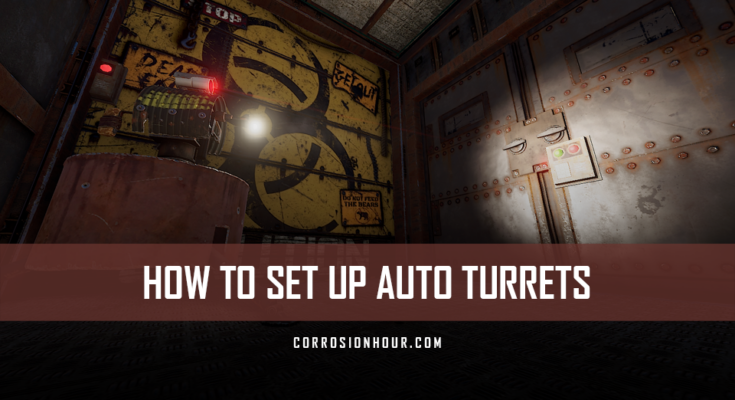 In RUST, a Player’s Best Friend is His Properly Set Up Auto Turret

Whether you can’t be online to protect your base, or you need an extra gun covering an avenue of defense, knowing how to set up auto turrets in RUST will grant you an added layer of protection in your base or during raids.

When you’re offline, out farming, or have your hands full performing other tasks, well-placed auto turrets will act as stalwart defenders of your base, often more reliably than your teammates. The Auto Turret in RUST is the essential tool for automated base defenses. 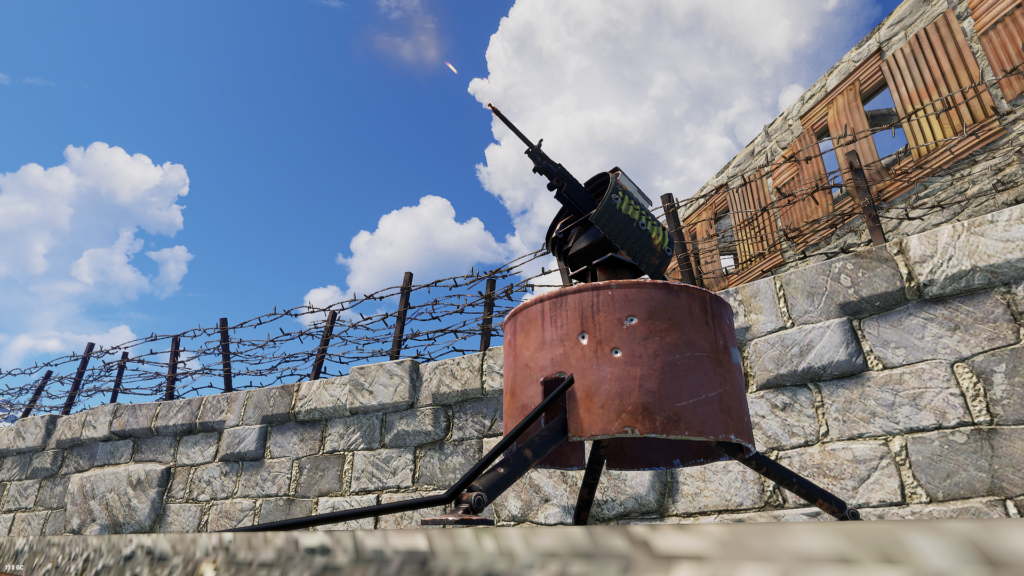 Adequately set up auto-turrets can provide:

Once upon a time, auto-turrets were a set and forget component for base defense. Plonk a turret down, turn it on, and so long as it had ammunition, it would continue firing. Things have changed since those heady days. Turrets now require a weapon of your choice and a continuous running power source to maintain 100% uptime. These changes don’t make the turrets any less useful, only a bit more challenging to prepare by having pre-requirements in place.

There are several essential steps to set up auto-turrets correctly.

The safest way to get your hands on an auto turret is to purchase one from the outpost vending machine for 400 scrap. If you’ve made your way to the outpost to buy a turret, it’s worth your while to bring the extra 500 scrap to research it on-site. If you’re feeling confident enough to carry 900 scrap to the outpost, this is both the safest and fastest method of getting a hold of the blueprint. 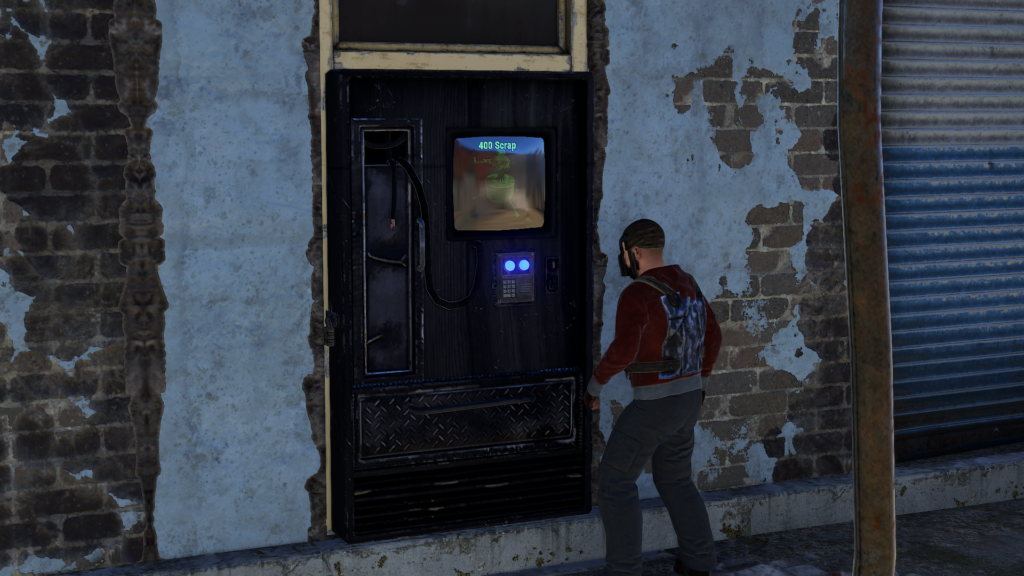 Without a doubt, the highest drop rate container for the auto-turret is the supply drop. If you hear the cargo plane flying overhead, keep eyes on where it goes and wait for the supply drop to appear and deploy its parachute.

The supply drop has a 40% chance of containing an auto-turret and other highly useful armor and weapons. These benefits make pursuing the supply drop worth it. However, the supply drop will almost always be hotly contested by other players, making it a dangerous undertaking.

The locked crates, the oil rig, and other monuments have a 2% chance of containing an auto-turret. The turrets can also appear in elite and military crates at a rate of 1%. The heavy-scientists and oilrig scientists defending have a negligible 0.1% chance. 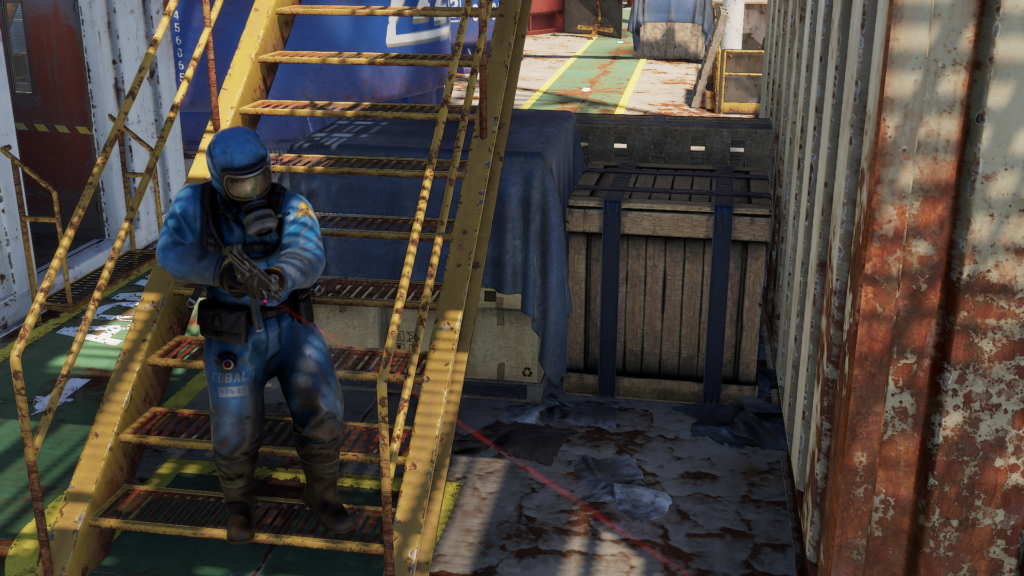 Locked crate events take time once triggered and will attract both player and NPC defenders. Given the low chance of an auto-turret dropping, The crate and scientist route is high risk compared to the low probability of finding an auto-turret.

Many players who have established themselves on the map are willing to trade auto-turrets, either for scrap or for other desirable base components. Look for either player-run shops on the map, or inquire in the public chat.

High-Quality metal is found by mining metal nodes or by recycling other components.

To craft an auto-turret requires workbench level-2. Once you have an auto-turret made, you will need to find an optimal position for the turret. While it may be tempting to place it outside, auto-turrets find their value in controlling singular attack directions.

If you know the enemies will enter from a specific direction, or you can force them down a particular path, that is the ideal place for a turret. If the turret is in a position where players can get near or behind it, it can easily take them out.

When you select a turret on the hot-bar, you will see its placement marker. You must place a turret on a flat surface, with the barrel-end facing the direction you want the turret to fire. Once powered, the turret will swivel in a 45-degree arc back and forth. When its laser passes near a player, the turret will begin firing. 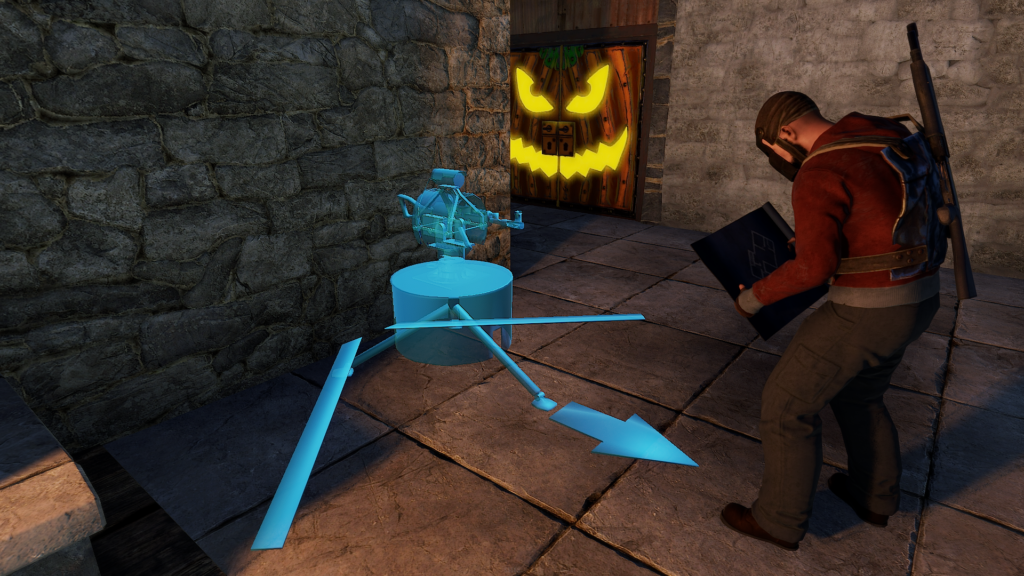 Once a turret has engaged a player, it will follow the player’s direction, even if they run beyond its detection range. If a player escapes its view, it will stop firing once it has missed three shots. In the event, players try to drain the turret of ammunition. The turret will preserve ammunition by preventing firing, and to combat exploits, they are often refunded missed shots.

Once you have placed the turret, it is essential to get all players you don’t want the turret to fire on to pickup turret permissions. Before powering it on, have your teammates approach the turret and press E on it. If you believe someone who isn’t supposed to have grabbed permission, you can hold E to see the options wheel and choose to delist all other players. Just remember this will delist everybody, yourself included, so pickup permission again before turning it on.

Setting up an auto-turret requires placing a weapon in the turret device. Turrets used to come equipped with an Automatic Rifle but now feature a modular slot containing your choosing weapons. Depending on what role you want the turret to fulfill, what weapon you choose for the slot is determined. Regardless of the optimal range of the gun you choose, the auto turret will detect and begin firing at a range of approximately 25-30 meters.

To set up auto-turrets now requires ten electricity to operate; this means that an auto turret can be powered even by a small battery. While it is an insubstantial amount of power, the most significant difficulty is maintaining that power flow. A powered auto-turret will drain a power source, a small battery will require constant refilling, either by a generator, solar panel, or wind turbine. 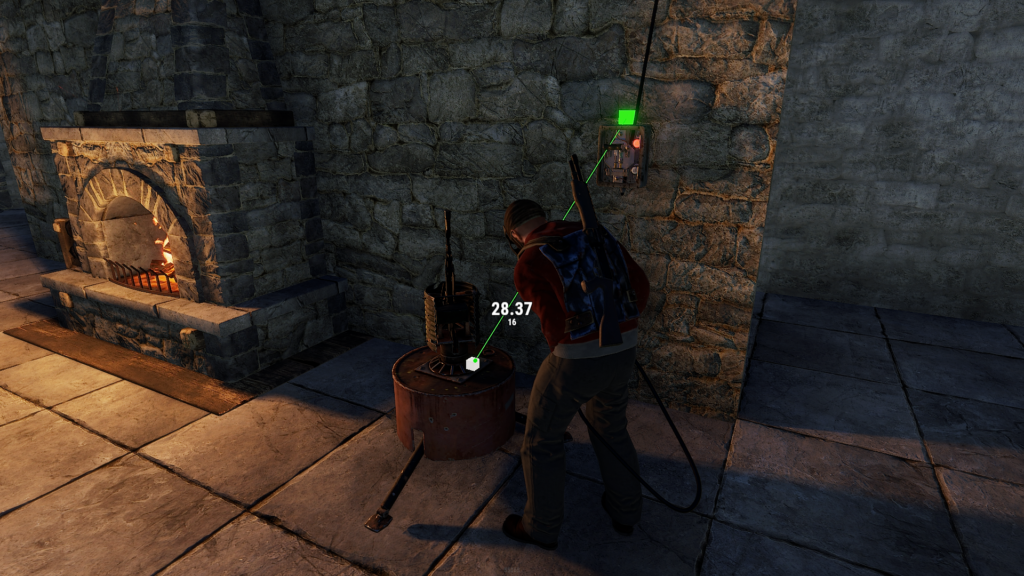 You can run power directly into the turret or into a switch in the base that activates the turret. Electricity can also run out of the turret. The sockets that lead out are triggered when the turret runs low on ammunition and runs out entirely. These sockets allow you to set up auto-turrets to power lights or smart components, informing you of the turret’s state without having to look directly at it.

Pairing with the RUST App

Once you have learned how to pair your RUST app with your base’s smart components, they can be triggered or turned on even while you’re offline. Hook up whatever power source you’re running to the turret through a smart component, then name it something memorable for you to be able to activate and deactivate through your smartphone, tablet, or browser.

Versatile and automated protection is your most reliable line of defense

Once you know how to set up auto-turrets correctly, you’ll be capable of controlling avenues defense and offense while your hands are tied, or even offline. You will become more familiar with placement and weapon choice by experimenting with your base design of choice. So get your hands a few auto-turrets and put them down. Optimal placement depends on your choice of base and what role you would like the turret to play.

Will it lay down covering fire with an automatic weapon as you raid other peoples’ bases, or is it the ever-watchful bodyguard, protecting your base while you sleep with repeating shotguns? How you set up and apply the auto-turret in RUST is entirely up to you. Don’t be afraid to experiment with placement and weapon choice.