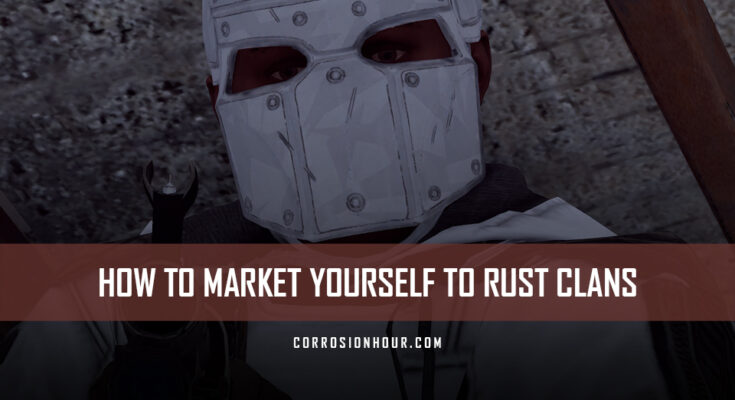 Learn the ins and outs of self-marketing for RUST clans

There is a lot to be said for the RUST solo that can do it all; building, PVP, and even sometimes hardcore farming. Not much gets efficiently completed when you’re on your own unless you make the most of the situation and go to work. But what becomes of the solo when they’ve just had enough of the solo life? How exactly does one put themselves back on the market and advertise themselves?

Contained within the coming paragraphs and sections is the wisdom of the ages. Some information will be outright informative, while other portions are words of caution. Some will laugh, some will cry, and almost all of it will remind you of past teammates that we are definitely (anonymously) referring to.

If this isn’t the case for you, then you’re probably the guy we’re speaking of.

We’ve all been there. It doesn’t even have to be RUST specifically; you join a CS:GO match or the like or queue up to get into a raid in WoW, only to find an overbearing leader that is absolutely clueless. Maybe you can’t figure out why no group you lead ever sticks around for more than a week.

Personality conflicts have been and will always be a significant component of success in both the natural world and online scenarios. We’re going to look at things that you can actually control to set you on the path to group harmony and maybe even land yourself with a sweet RUST clan roster spot.

Like online dating, finding a clan is about knowing how to market yourself to what other clans are seeking. While some are more bottom-of-the-barrel, any warm body will do; higher-tier, quality groups will bring more to the table and expect more from potential candidates.

Here are 9 basic areas to consider, which any good group leader will be on the look out for: 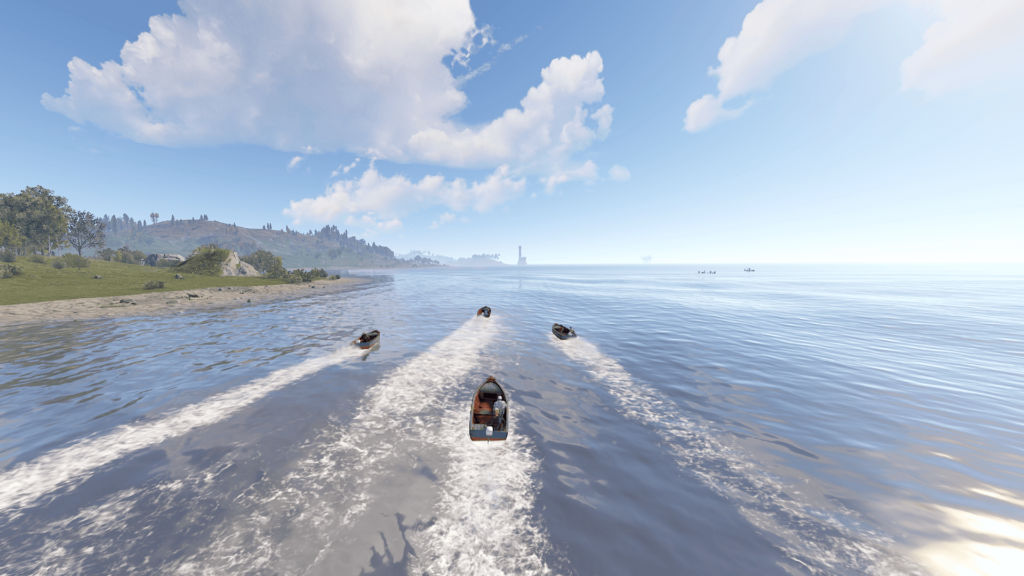 This should come as no surprise and is probably one of the top reasons that the better clans don’t rotate out people that often; good teammates show up. If there are expected, predetermined activities that are to take place, such as a planned raid, farming, or roaming, and you, as a team member, stated that you would be there, show up. Taking time for life is important, and no one refutes that, but make sure you communicate when you aren’t available.

This advice may sound like working in the restaurant or retail industry. In reality, it’s pretty similar, except instead of serving your customers, you’re raiding them.

Hypothetically, let’s assume that you were successful. You got your group together or landed a spot with the clan you’ve been endlessly farming resources for. The opportunity to prove yourself is neighing! Just one problem; you lack confidence in some of your abilities.

There is no shame in it; if you need practice, whether it be aim training, flying a mini, or anything else you can name, they make servers for that. You should never be out here dropping 750 scrap and 500 low grade fuel every time you want to practice, only to waste it all 5 seconds later when you tilt left into a tree and demolish some grubs thatch house.

Go practice on an aimtrain server, a heli server, or a raid simulator server. Put in that effort but don’t do it at the cost of someone else’s farming. Your group will thank you for it and maybe not change the locks on you. 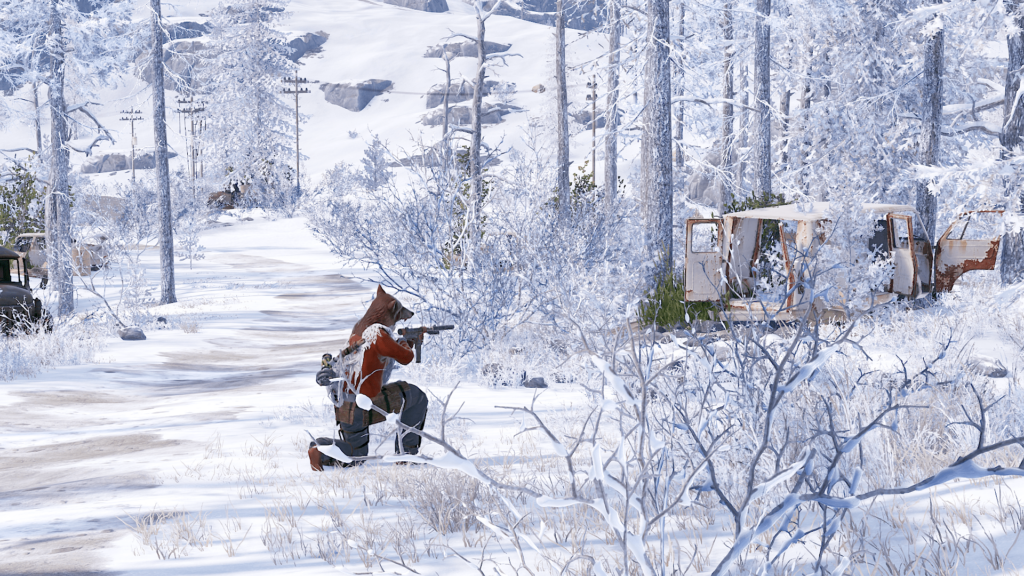 Some player traits in RUST can be taught, passively learned, or picked up quickly. Situational awareness is different for everyone, but regardless of how you pick it up, I assure you that lacking it will get you noticed by your team in the worst of ways.

You can be the best builder in the world. Your farming skills rival the greatest in the business. You’ve memorized all of your raid costs so that you don’t waste boom, but despite your best efforts, you keep getting grubbed. If most of your time is spent holding W and staring straight ahead, you will become the MVP of every opponent your team engages.

Paying attention, listening and being mindful of communication channels, and having a directional headset (so that you know where sounds are coming from) is a fantastic way to begin. Alt-looking should become second nature. Good gaming practice will not only get you invited back, but it will also improve your kill-death ratio. Use your eyes and ears.

We all have them. Most times, the problem isn’t about having weaknesses; it’s not being able to own up to them. If you know your AK spray sucks, use an alternate, comparable weapon until you’ve developed the recoil control. Think of the gains that can be made when you’re confident and not fighting scared. The same goes for other game aspects, such as raiding or flying. If you don’t feel comfortable yet being the breach man, but you’re good to go as a lookout, speak up. If you’re 3 for 15 when landing heli’s on the flight simulator this week, offer to be the gunner instead. But most importantly, don’t feign modesty when you’re legitimately good at something. If it’s a strength, it’s important to own that too. 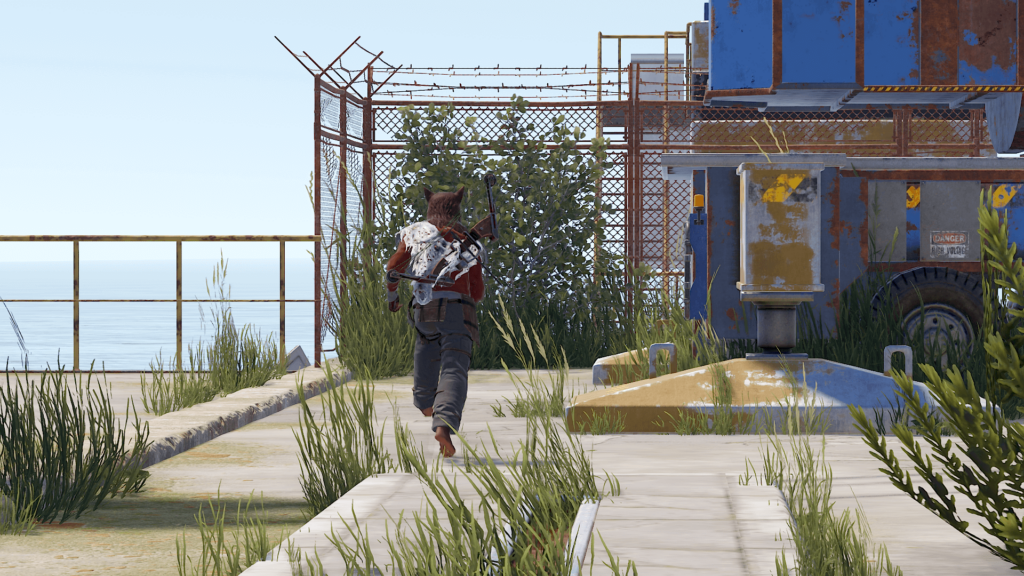 No one signed up to be a RUST instructor, so unless an arrangement is made ahead of time, not knowing how to figure out simple things on your own will probably result in a swift forfeiture of your team spot. The majority of RUST teams take this sort of thing very seriously.

You are responsible for everything you bring in and take out of your base. In order to progress and be taken seriously by your peers, you must demonstrate the capacity for critical thinking and common sense.

Respect is the most challenging resource to acquire in RUST, but that doesn’t mean you can’t choose to show it. Not just to other people but to yourself. This concept comes down to morality. Just because we raid and shoot each other in the face doesn’t mean that we have to be complete pieces of crap about it. In fact, many servers have a thing or two to say about the etiquette involved.

If you are flying a clan tag, you represent that clan. You leave a lasting impression on everyone else that sees it, so when you pop off in chat with racial slurs and similar garbage, you aren’t just making yourself look bad; you’re making your clan look bad. This, more so than any other negative trait you can imagine, will expedite your removal from both clans and playable servers. Hold yourself in higher regard. 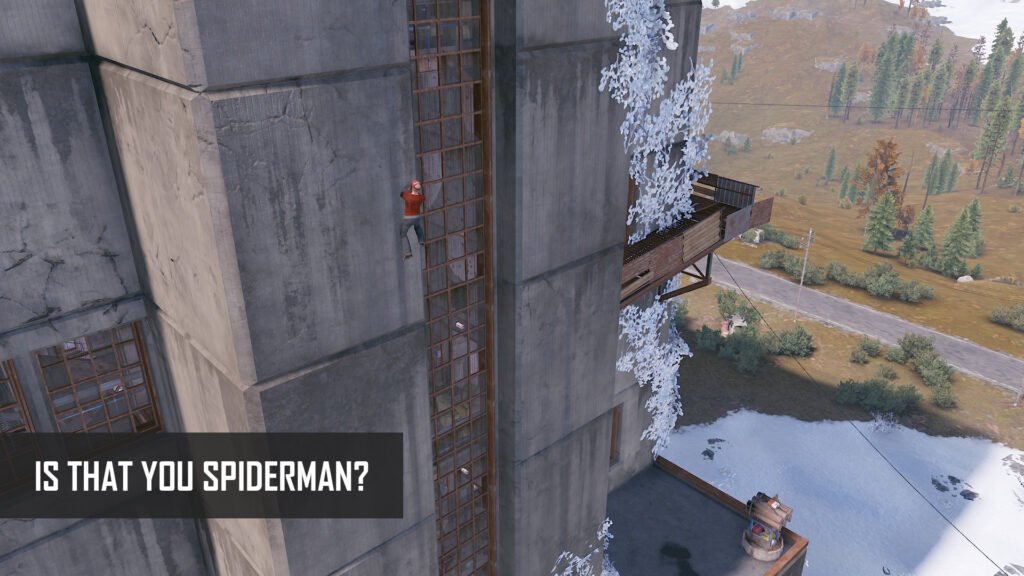 All jokes aside, don’t cheat; you will be caught. It’s not hard to understand some people’s pressure to get that edge and outdo the competition and their peers. We see how you might be swayed to take shortcuts so that games don’t feel like work. If that’s your goal, play solo.

Association bans are all too frequent in the world of RUST. When you cheat, you put everyone you play with, whether they’re aware or not, in danger of losing their ability to play on individual servers and potentially on that account.

If you have VAC or EAC bans on your account, be upfront about it. If you cheated years ago in CS:GO, disclose this to the guy inviting you. Save yourself the embarrassment later.

This is often overlooked until it becomes relevant; persons wishing to join clans running at 600ms with no microphone, sound blaring through their speakers, and a steady 6 FPS. Not to appear overly cruel or offensive, but make sure you can be a functioning, communicative asset before applying for a team.

The people you wish to play with are (probably) investing hundreds of thousands of dollars in cutting-edge computers and peripherals. The least you can do is drop $20 on a directional headset. 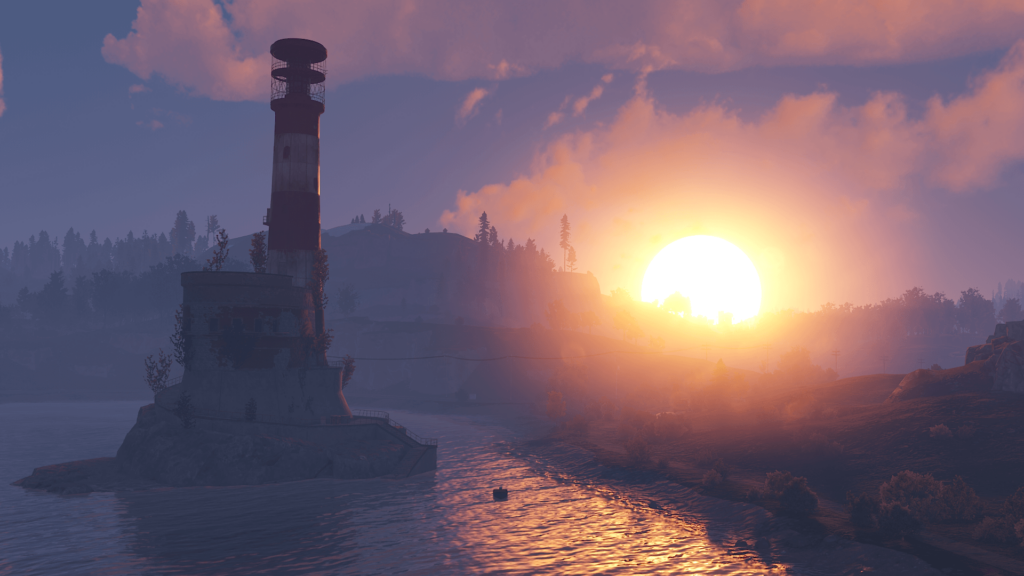 Objectively, the assumption can be made (from the perspective that I am a clan-runner) that if you start pinging the group discord at 7 a.m. for silly reasons, particularly on the weekend… I’m going to mute that channel. Fast forward an hour, and if we start getting raided at 8 a.m. and you need help, you will likely be on your own: cause and effect.

This goes for other personality-based traits, too, introducing our fictional ‘one-time’ partner, Brian. Mr. Brian had an odd complex. If Brian died, he expected meds, ammo, and weapons to be waiting in lockers for him on repeat. Brian thought that he was the center of the Universe. Brian was singularly focused on what Brian wanted to do, and everyone else was there to support those goals. Brian was an idiot. Brian was cringe… and ultimately, Brian quit the game because he couldn’t find a Rust life partner to follow him around and clean up his messes. Don’t be Brian.

Closing thoughts on marketing yourself to RUST clans

While certainly not all-inclusive and different in priority to each clan, we hope that the previous statements and recommendations are taken in the nature from which they were intended; to improve the RUST experience. The game is hard enough without worrying about the shortcomings of those you choose to ‘trust.’

Once again, take it or leave it. When marketing yourself to RUST clans, don’t be like our imaginary ‘friend,’ Brian. No one wants to be ghosted.