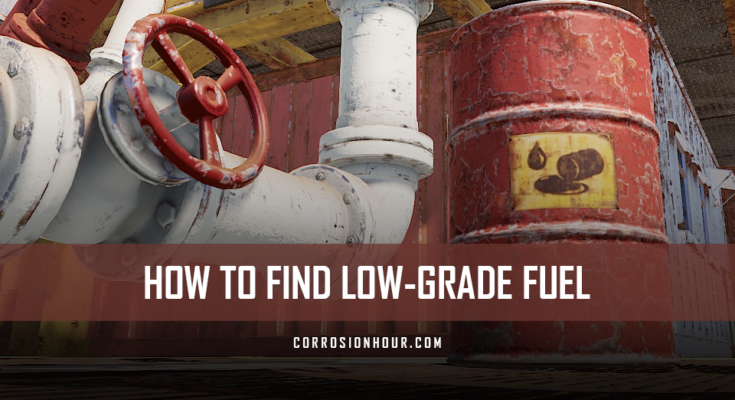 Unlike wood, low-grade fuel in RUST doesn’t grow on trees. Many resources might as well be considered “grown”—stone, sulfur, and metal rocks sprout from the ground as quickly as trees. Since you won’t find low-grade fuel as often as wood, stone, and metal, you’ll have to take matters into your own hands and craft the resource for yourself.

There quite a few applications for low-grade fuel:

From keeping your base lit with oil lanterns to lighting the compound running electric lights through generators, low-grade fuel, on top of its numerous high utility applications, provides massive quality of life to most base designs.

Low-grade fuel also finds its way into many essential raiding tools, such as the crucial wood-based raiding tools such as flamethrowers and flame arrows, to explosives for c4 satchels for end-game bases.

Since it’s in such high demand, there are several ways to gather low-grade fuel, each with their pros and cons.

The 6 main ways to find low-grade fuel in RUST

As you travel the roads and monuments, you’ll find bright red barrels with a black and yellow oil symbol painted on the front. You can also find the barrels in the floating junk piles at sea. Individual monuments will have extra barrels, such as Dome’s underside and the airfield’s Hangars. 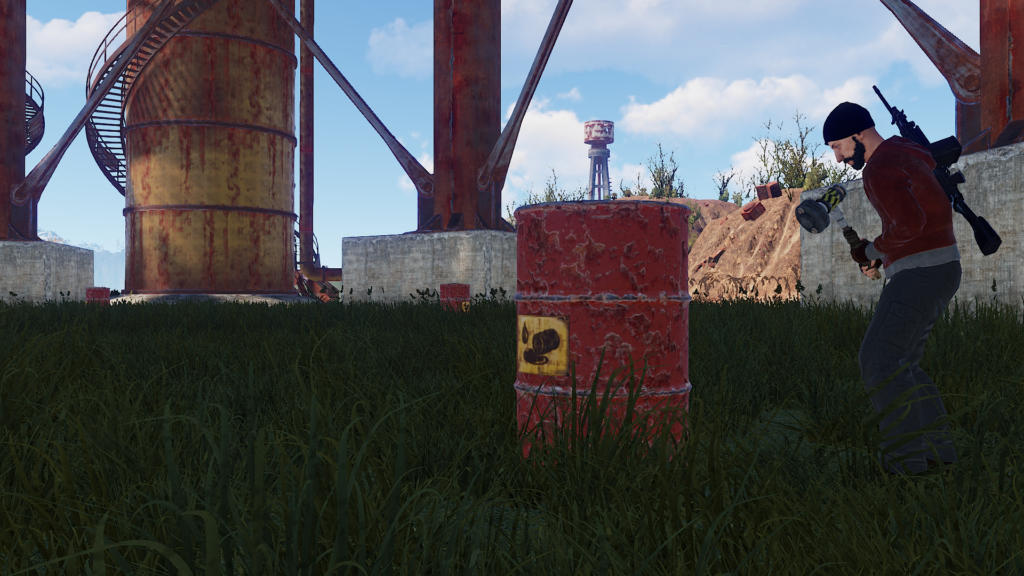 Unlike other barrels that can drop a range of items, red oil barrels will only contain 15-20 crude-oil and 5-10 low-grade fuel.

Cooking in the oil refinery

After you’ve broken open a few barrels and found some low grade, you should also have a surplus of black crude oil. To change crude into useful low-grade fuel, you’ll have to run it through a refinery, with a fire lit underneath it.

If you went to farm low-grade at Dome or Airfield, you’re in luck as those monuments have onsite refineries that you can start as you finish looting the site. If you’re elsewhere, you can always travel to the Outpost monument, which also hosts a refinery. Just remember to keep your inventory open on the refinery. If you leave the refinery UI, the device will count as unattended, and any nearby player can loot it. 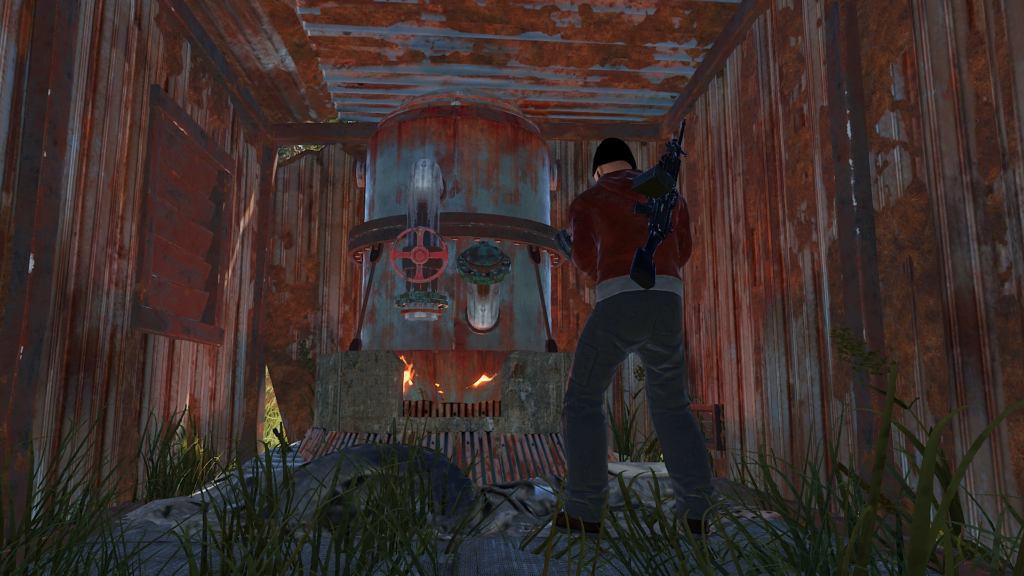 Another option is to build a refinery yourself back at your base. You can only find the small oil refinery in the military, elite, and locked crates. Even then, the drop rate for the refinery is 2% or less. The most reliable method is to purchase one from the outpost vending machines for 125 scrap.

You can either take the refinery you are buying back to base or take an extra 75 scrap and research it at the outpost research bench. Keep in mind that you’ll need a workbench level 2 to craft a refinery once you have the blueprint.

Many of the animals you kill and harvest with a tool will yield both animal fat and cloth. Using the crafting screen by pressing the Q key, you can combine animal fat with the cloth to create low-grade fuel. For every three pieces of animal fat and one piece of cloth, you will get four low-grade fuel in return every 5 seconds you craft away from a workbench. While the yield isn’t spectacular, this is a reasonable way of getting low-grade in the early game. Certainly sufficient enough to craft enough low grade to start building your small furnaces. 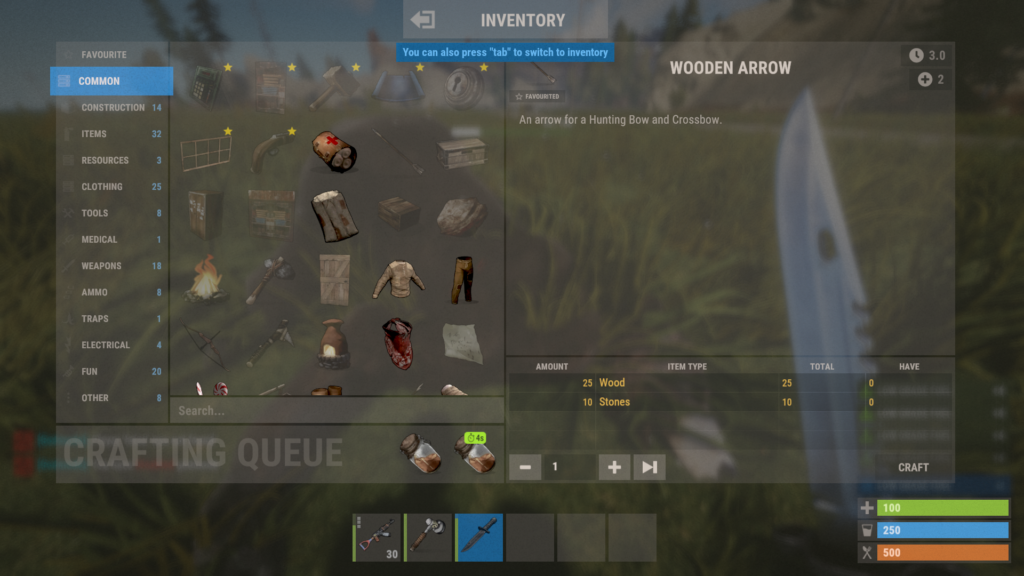 Mine crates and carts

Any time you find a cave in Rust, you’ll also find mining crates and derailed mining carts. Both these crates and carts can contain small amounts of low-grade fuel, if not in the containers themselves, then in the head lanterns and candles. 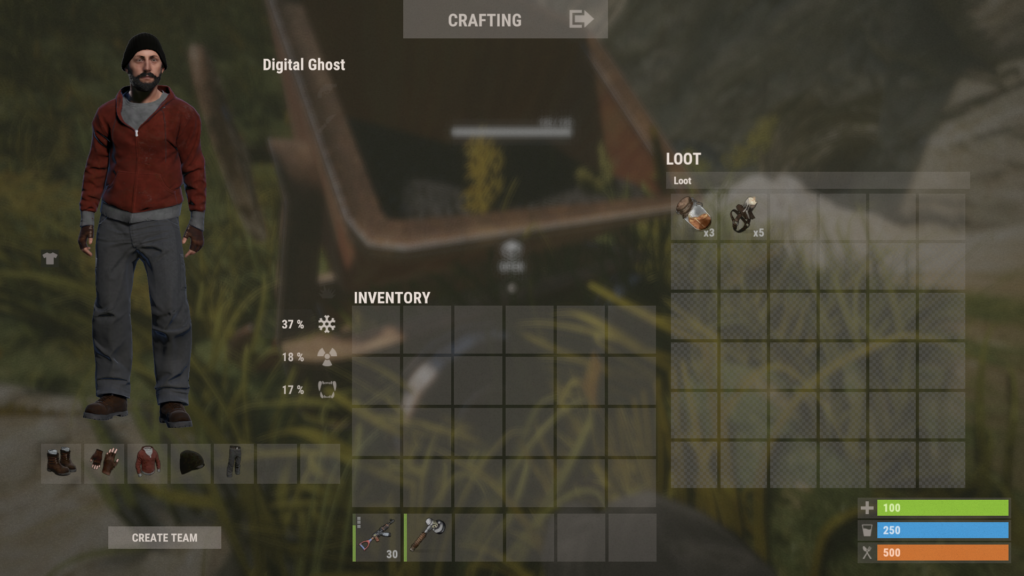 If you’re running short and don’t have the time to run for oil barrels, you can purchase low-grade fuel in lots of 20 from the outpost for ten scrap. The return rate for this exchange is low, but in a pinch, having enough fuel to craft your furnaces may prove more valuable than having a handful of scrap. Considering you must travel to the outpost to make the trade, you’re probably better off just going out and getting some from the road or the ocean junkpiles. 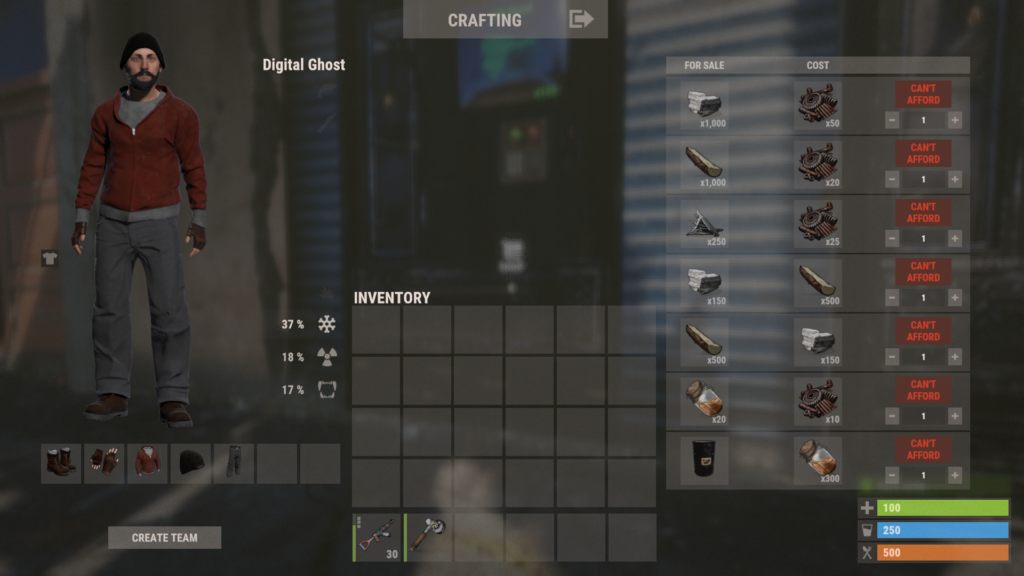 Found in the supply drop

The supply drop has a 10% chance of containing anywhere between 35-105 low-grade fuel. While this is nice, it is mostly an added benefit to getting the supply drop. There are much faster methods to get fuel than to wait for the airdrop to fall. And the high risk of PVP when trying to claim the supply drop is not worth the low-grade. However, keep in mind while looting it’s also possible that other items that are found contain low-grade fuel, such as oil lanterns, chain saws, mining hats, etc. 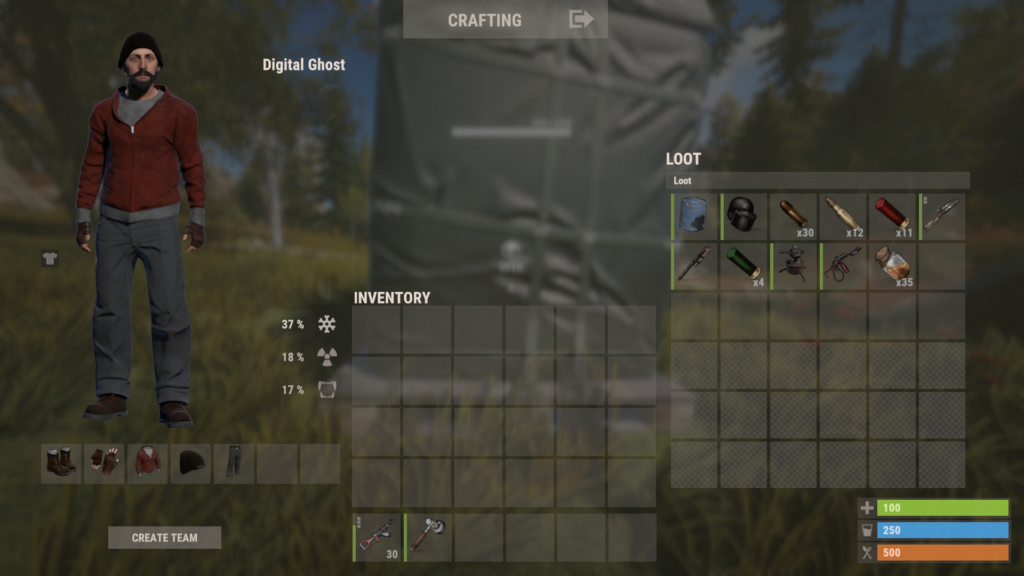 There are many ways to find low-grade fuel in RUST

You’re going to need a lot of low-grade fuel during your time in RUST. Fortunately, many of the methods of acquiring it are incidental to the thing you’ll be doing anyhow. Farming animals for meat will get you the animal fat, running the roads, and you’ll find both kinds of barrels. It’s not until you need low-grade for explosives or fireworks that you’ll need to consider getting your refinery. But once you do feel you need a refinery, they’re cheap and easy to access.