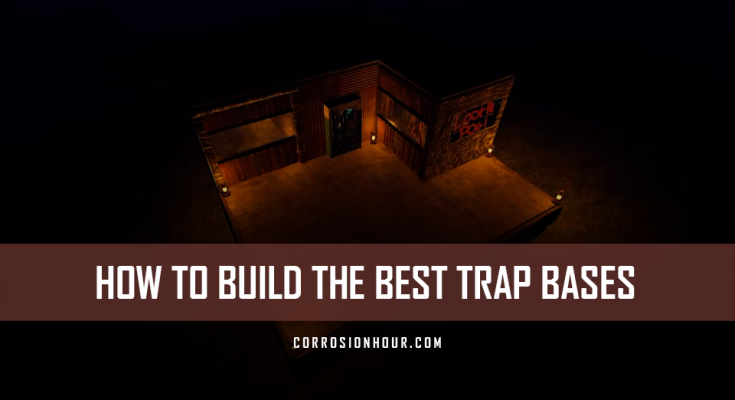 How to Build the Perfect Trap Base in RUST

This RUST base design video, How to Build the Perfect Trap Base, is brought to you by our partner Cruxal.

In this video, Cruxal walks us through his process of building the perfect trap base and provides detailed pointers that allow you to safely play with your traps once you’ve caught them.

RUST base defenses continue to grow in complexity as the development of the game marches forward. With the introduction of the electricity system, there are so many intricate and advanced traps that can be crafted, but sometimes the best methods are simplest. Look to how Cruxal makes perfect use of the shotgun traps and spiked floor traps to get into the action early in the game and gain the advantage many of us seek out.

Do you dream of having your own trap base?

In the past two weeks, I’ve studied a few different designs and tested them on different live servers. I’ve had varied results, but I did have a ton of fun.

So in this video, I’ll be teaching you how to build a VERY efficient trap base, and I’ll be giving you some pointers, so people don’t try ruining your fun every time someone gets trapped.

I’ll also be sharing my trap base experience so you can see for yourself how I built my bases, trapped players, and how they reacted!

The day started on a day of a fresh wipe, a Thursday to be exact, and I was roaming around the map to evaluate where I would decide to build my starter.

Things escalated quickly, so I invited my friend brycebread, and we got to work. There was another trap base nearby that was left open, so we decided to check it out to see if it was going to be any competition.

We were ready to open up our shop trap, but it was getting late, so we worked hard to farm up some explosives to get rid of the neighbors I had first encountered when joining the server. We had already picked out an inside out wall, so this wasn’t going to be too hard. With the attitude they had already shown, they were definitely going to try to ruin our trap base.

The next day came along, and it was time to get some customers.

For our first victims, I emptied the shotgun traps as they were placed in a way to instantly kill upon falling in the pit. That kind of bit us in the butt. They managed to kill Bryce, break the spikes, and one managed to getaway. So I came up with a different placement for shotgun traps, and we decided to give away loot to the people we trapped; that way, we wouldn’t have to worry about everyone knowing about our trap. So we silenced every one by bribing everyone. No one was going to ruin our fun.

It took a while before more people showed up, and then it happened. The Trappening.

My first encounter, this had a very low chance to balance in my favor, as all I had for a weapon was a stone hatchet, but I didn’t have much to lose, and so I was off.

I hurried along and made myself a small base where I could stash loot until I had enough resources to build my trap. I was able to make some sneaky cheeky plays too, which got me to access some guns early in the wipe.

I quickly amassed a lot of resources, and I had almost finished building my trap base. But it was getting late, so I invited my friend brycebread. There were still a few essentials that I needed, and there were some very toxic neighbors I needed to get rid of before opening up shop, so we got to work.

The toxic players were finally out of the way; we wouldn’t have to deal with them while running our trap base. We went to bed for the night, fully knowing we’re going to have a busy day the grand opening of our shop.

We had had our fun, and the server population was slowly going down as the day passed, and we decided it was time to give back everything we had taken. I hit up one of the guys we had trapped, and I gave him absolutely everything and logged off.

Alright, now let me show you how to build the trap. It’s pretty easy to do. Ideally, you’ll need the Spiked floor trap and the shotgun trap blueprint, but other than that, it’s really easy to do.

Here are the exact materials you’ll need to build an exact replica of my trap shop.

Salad is an open-source program that allows you to passively earn income. The first thing that may come to mind is cryptocurrency farming. Well yes, it does that, but if you’re not into that stuff, it also has some very drool-worthy offerwalls. Like this one for Final fantasy 15 mobile. All you have to do is download the offered game, reach the goal, and the money is deposited.

It literally takes a few minutes to get started, and it doesn’t take long to amass enough money to get what you want. With Salad, you can easily get Discord Nitro, Rust skins, steam gift cards, and so much more.

If you download Salad and use Cruxal as your referral, you’ll also get a 2x earning rate. Here I’m redeeming Discord Nitro, and I’m giving it away in my Discord.

Remember, Salad is open source, so if you’re skeptical about anything, you head straight to GitHub and look at all their code if that’s your thing.

Alright, now let me show you how to build the trap. It’s pretty easy to do. Ideally, you’ll need the Spiked floor and the shotgun trap blueprint, so just keep that in mind.

Here are the materials you’ll need to build an exact replica of my trap shop.

The shown cost includes the base, doors, traps, and the vending machine. Building the trap is actually very simple, but I recommend you go at it in one go. I do want to give AQUAFPS a shoutout as I’ve seen a base on his channel that is very similar to this, and I’ll leave a link to his base in the description.

The trap base is basically a three by three, so I start by placing three foundations as low as I can and the three more foundations on each side. You can then seal off one area of the base, so it is safe.

After placing your two doors here, you’re safe. You’re welcome to make a triangle airlock on the outside. I didn’t make one as I had an airlock inside and never had too many valuables inside the trap base in case it got raided. If you have a main base, always keep your most valuables items there.

Once that’s done you’ll want to make the rest of the base, here’s an aerial view.

And then upgrade to stone. You may upgrade to metal, in doing so, you’ll force opposing players into raiding through the doors in most cases, but it definitely isn’t mandatory.

If you haven’t already, place a cupboard in any location you desire, I placed mine in a way that visitors could see it. Also, having the entrance on the opposite side of where the shop gives your shoppers a little more confidence, as they are less likely to think about getting trapped.

Just before setting down the traps, let’s quickly build out the front area. Now we can lay down the spiked floor trap.

Okay, let’s slap our vending machine down, and break the twig underneath it. We’ll make a small front area that helps hide our trap and makes the shop a little more welcoming. Once you’ve upgraded the front to stone, we can place the floor trap.

To seal up up the trap, simply head to the front and place a half twig wall with the weak side facing inward, then place a ceiling tile and upgrade it to stone. Once back inside, you can simply hatchet the half-wall, which will make the ceiling tile in front of the vending machine crumble, leaving your victims slowed and unable to jump because of the spiked floor trap. If they try coming near you, the shotgun traps will take care of the rest, just make sure they are loaded.

I usually know when a player is buying something because of the sound the vending machine makes when someone buys from it. The best way, though, is to have a friend with you that can make callouts when to break the twig wall.

You could always spice it up by placing a sneaky camera or maybe even an HBHF sensor in a nearby bush, just remember that visible or audible electricity components around your trap may scare away potential shoppers.

If you don’t want trapped players immediately ruining the experience by having them rat you out in the chat to your server, simply buy them out. I gave stuff back to almost every player, and they almost all agreed to send people our way. It’s a win-win. If you trap someone full geared, screw that guy, keep everything, haha.

This is by far the easiest method I have found as regular traps don’t have anything alluring that entices players to come over to. Having a vending machine visible by the entire server simply by opening the map is a massive advantage. And if you’re bribing players, you’re making that advantage even bigger.

That being said, other traps are still very fun and interesting. I built a bus stop base that had a roof trap and watching player’s get completely eaten by the trap was insane, but sadly after a few good pulls, the players in the area stop messing with you, some rat you out and without a vending machine, players that are farther away might not ever come close to your base.

Traps have come a very long way in Rust, they’ve existed since pretty much the when Rust was first introduced, years ago, and new traps and very sneaky designs come out every now and again.

With new building blocks and electrical items on the horizon, be on the lookout for new traps in the near future. If you liked this video make sure you subscribe, to get notified when I upload new videos, I’ve been uploading new videos every two weeks consistently, so if you actually enjoy videos then make sure you let me know.

You can also join my Discord to talk anything Rust related, thank you for watching and being part of my community, see you next time.

I place my shotgun traps mount on each side of the vending machine because I don’t want my customers instantly dying. This way, I can toy with them a little bit. This method is perfect for interaction; MrWobbles is a perfect example of how you can interact using a trap base. Check out a clip of a trap base I made with Wobbles. If you want to see more of Wobbles, check out his channel!

If the interaction isn’t your thing and you want insta-death for your shoppers, simply set your shotgun traps like this. As soon as you break the twig the shotgun traps will do the rest in half-second. 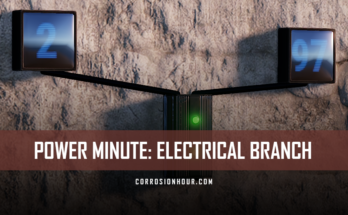