If You Want the Safety of the Deep and Dark, You’ll Need to Know How to Build a Cave Base in RUST

“Caves, they say! Caves! Holes to fly to in time of war, to store fodder in!” Gimli, Son of Glóin.

Once upon a time, there were only a handful of cave layouts in RUST to choose from. It was easy to tell at a glance what type of cave you were in, which way you had to turn to get through. It used to be so easy to traverse, you could do it without lights, relying on muscle memory alone. Nowadays, there 3 of each size variation, with many having multiple entrances, exits, deathtraps, and pitfalls.

Along with the increase in variations of caves came the proliferation of buildable areas within caves. Small caves can have one or two, medium-sized caves have up to four, and the most extensive caves can feature up to 8 buildable spaces. 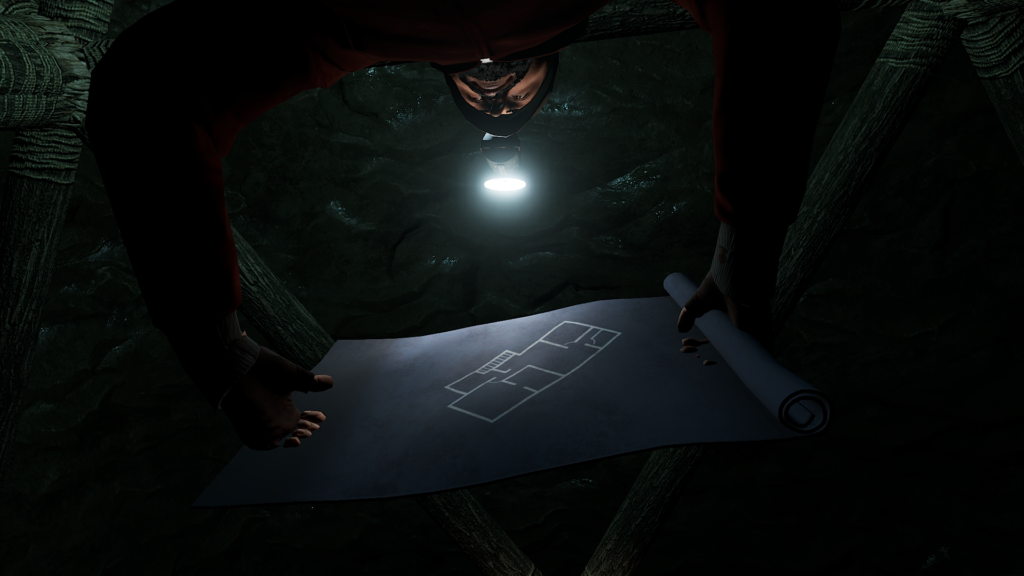 So since there’s now a lot more deep real estate, it is definitely worth your while learning the ins and outs of building cave bases in RUST.

Building a cave base in RUST lets you:

Building cave bases has several benefits. The obvious ones are proximity to mining nodes and keeping a base ‘hidden.’ However, underground living comes with its own set of rules that you’ll have to understand to make effective use of the underground buildable areas.

Once you’ve found a cave and made up your mind about whether it is a preferable build site, you’ll need to scout the cave for buildable areas. There will be between 1 and 8 buildable regions in each cave, depending on the cave’s size and layout.

You can recognize buildable areas by looking for sets of small wooden posts jutting up out of the cave floor. You can find these posts in larger openings within the cave. They can vary in size, with some only being 2×2 foundations, whereas others will let you fill up more massive, more complicated shapes. 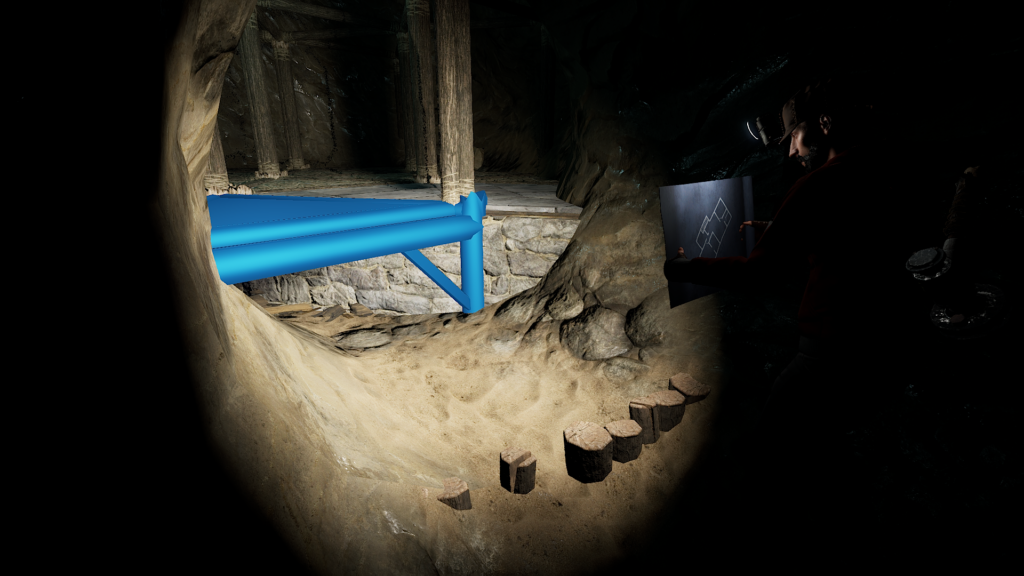 The building area’s size and shape dictate the size and shape of the base you can build. If you’re planning a secure little starter base to get you rolling, a 2×2 might be all you need. However, if you’re playing with a team, you might want to take the time to flesh out a more extensive build space.

Cave connoisseurs will know that there’s no good reason not to control multiple building points within the same cave. Mainly, holding multiple areas serves to trap players who have traveled down one-way paths or cut them off from the exits.

Some building areas connect through short tunnels, allowing a whole buildable area to act as an airlock for your more secure, deeper base. 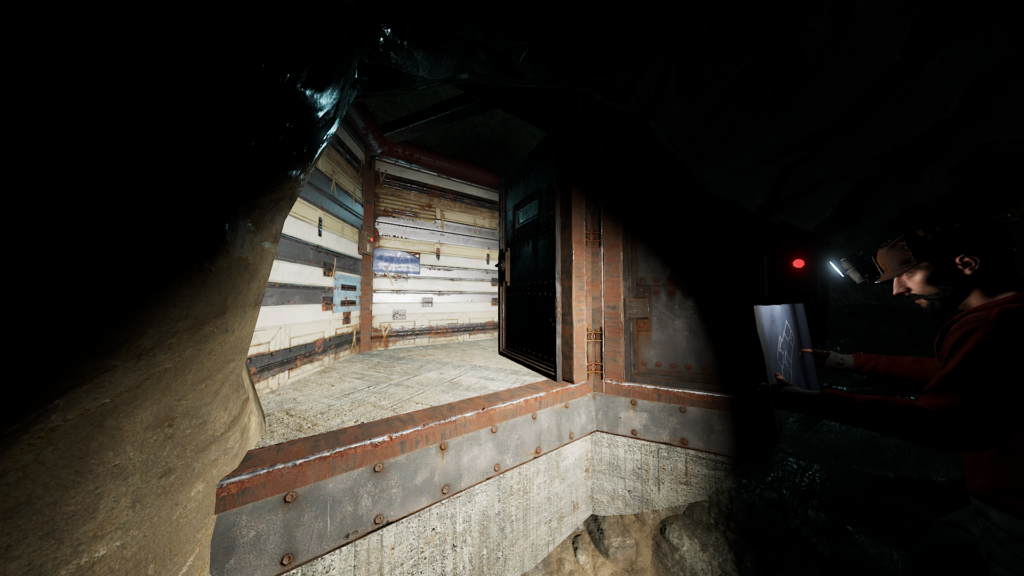 If you can seal the hole, which is usually relatively small, you control the attack’s direction available to raiders.

Start by twigging out the entryway, making sure that your walls come as close as possible to touching the edges of the cave entrance. If you can manage to block the path entirely, the only surface available to attack will be one of your choosing. If you choose for this surface to be a door, it is worth your time to upgrade to at least garage doors, as they have a higher rocket cost than double doors, except for armored double doors.

If there ever was a time to fork out for armored foundations and walls, this is it. In doing so, you force raiders to start the raid by investing massive explosives to take out the first wall and giving you time to prepare or stalling them long enough for them to run out of explosives.

If you have a buildable area that backs onto a lift, consider using it as your base’s primary entry point. Simply fall in the hole, die, and step out of your base to pick up your loot. There have been fall exploits in the past that players have used to avoid fall deaths. However, subsequent patches have effectively patched most of the exploits from the game. 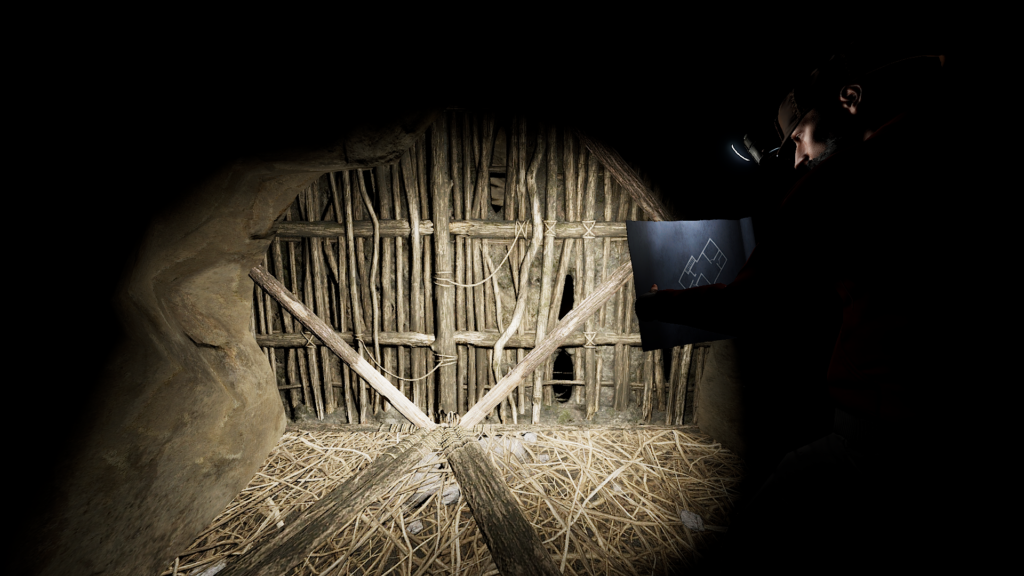 Without access to lift exits, players who enter the mine risk falling into areas they cannot escape. As well as providing an extra layer of defense, these kinds of base builds shut down the mines for other players. Without an easy way to leave, running through the mine for a mining node run becomes difficult and dangerous, and a task that most players would avoid.

Unlike when building on the surface, you must now be acutely aware of your vertical Y-axis. You may be familiar with the uneven ground being an issue topside. Still, as you are currently limited in your vertical building capacity, you must check any time you place the foundations before upgrading.

Start any new part of the cave building in twig, and make sure your walls can reach the ceiling before placing more of your intended design. Once you have a base footprint in mind, it is wise to put all the foundations down in twig, as the cave walls are not always sharp enough to place a foundation. Check the angles and make sure that your footprint fits at the very least. 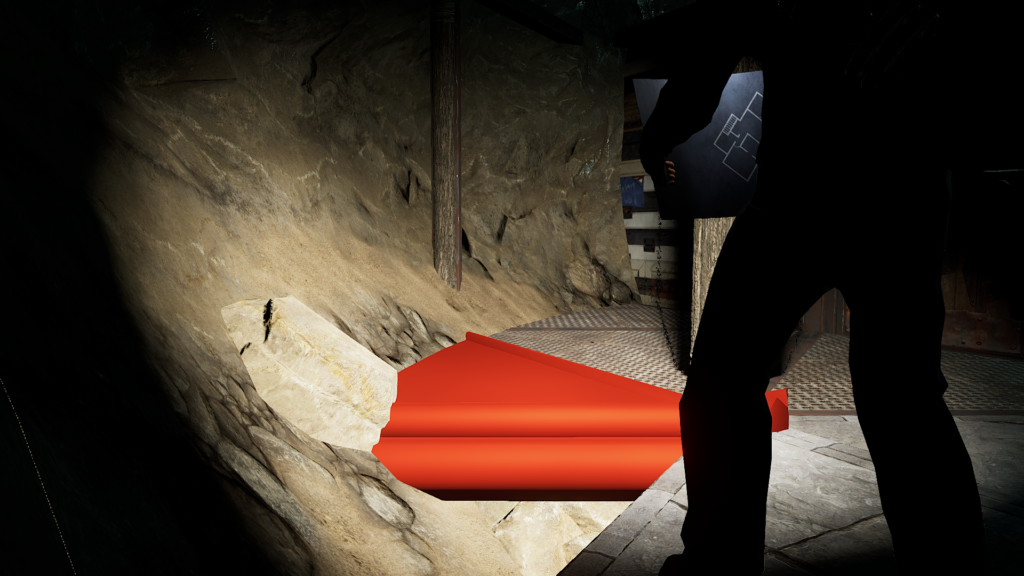 The same applies once you reach your intended ceiling height before committing to upgrades and spending precious resources, twig out as much as possible, as even the tops of caves have uneven surfaces.

Since you can control the direction that raiders must attack from, you can spend your resources a little differently from a regular base. While a base up in the fields has to be relatively secure on all sides, in a cave, you have the opportunity to focus your resources to protect just the entrances that players can see.

As such, except for the doorway or wall exposed to a cave entrance, there is no need to honeycomb. Instead, you can pour your resource into reinforcing the opening or rear walls. In fact, beyond the walls and doors that protect the entrances to the cave base, there is little reason to follow any traditional base layout. 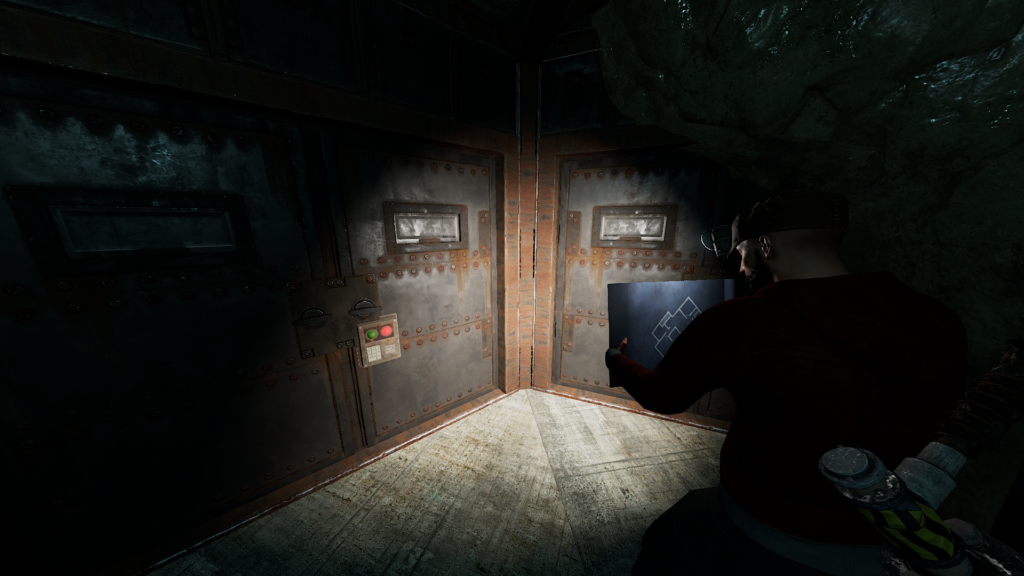 Just remember to have all surfaces connected in some way so that they all receive maintenance from the TC and still keep the TC safe.

Caves echo, and a good thing too, because it’s pretty dark down there. The best way to keep tabs on visitors or other cave dwellers is to keep an ear out for the patter of running feet and node mining. If you share a cave with some other players, it’s a smart idea to stay on their good side. You never know how often you’ll run into each other in the dark down there.

Make yourself familiar with your cave’s layout so that you can quickly respond by choosing ambush points that favor your line of sight and quick retreats. Players entering caves will undoubtedly be coming to mine or at least coming with mining tools. So make fair use of your underground home, and snare them where they least expect it.

Building cave bases in RUST is an art-form

Cave bases in RUST will require a new way of thinking. Most of the base-build guides you’ll find online apply to building topside. And while there are many foundational lessons to be learned, you will quickly see that many standard techniques don’t apply to cave bases. You can certainly involve many of the tips and tricks you find at a cave base, but don’t expect them to work the same way. Instead, try and see if you can reinvent some of the build guides by having a few unbreakable cave walls instead of flimsy stone.

Remember that players will always check mines no matter how subtle you feel a cave base is, players will eventually find your base. For some, just the frustration of you blocking their path through a mine is sufficient enough a cause to make you a raid target. If not, then the assumption that you are stockpiling cave resources is undoubtedly enough to make your base look appealing.

So go deep, give it a go, and see how cave bases in RUST suit your playstyle. Some people love them; others get a bit claustrophobic. The only way to find out is to give it a go.