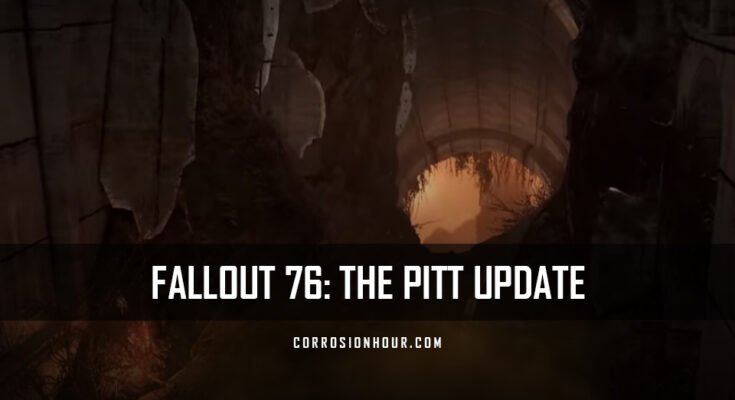 On September 13th, 2022, Bethesda released their biggest update for Fallout 76 to date—allowing players to step outside the expansive map of Appalachia and into new explorable territory known as ‘The Pitt’—Bethesda’s post-nuclear version of the US city Pittsburgh.

The Pitt update is the start of something new for Fallout 76, where more open-world maps will be available for you to explore in the future. It’s called The Expedition System, giving new life to Fallout 76 with this exciting objective of ‘travelling to the unknown.’

The Expedition System could turn Fallout 76 into a lite Starfield. Still, instead of traveling to hundreds of different planets in our solar system, we get to explore parts of post-nuclear Earth in the Fallout universe.

Many Fallout fans are in disarray over Todd Howard confirming that Fallout 5 could be a decade away based on Bethesda’s current development timeline. So, could this update for Fallout 76 be a good way to kill time while getting your Fallout fix?

What I like about The Expedition System is that it doesn’t feel cheaply implemented where you open the menu and port into another world.

There is added lore, a new storyline, and unique interiors, characters, and dialogue to experience before embarking on this deadly expedition—it’s a realistic build-up that raises your anticipation of stepping outside Appalachia for the first time into the unknown.

The Whitespring Resort is a massive interior space in Appalachia that is full of eye-grabbing decorative designs. It was mostly under-utilized until this update, where the resort is now full of people, part of the Responders—a faction of volunteers that offer disaster relief by their on-field duty to help people in crisis.

The Whitespring resort will now feel more like a player hub where you all come together, perhaps partner up and then continue to revisit the resort for quests and rewards linked to The Expedition System.

After completing some quests for the Responders, you will be invited to go on a Responder expedition outside of Appalachia on a Vertibird aircraft. Up to three players can join the Vertibird together; then, a cutscene is triggered to make the transition between maps look more cinematic to add suspense.

The Pitt is an open world unlike Appalachia

Does the Pitt live up to the expectations of the build-up towards The Expedition? Well, in one way, it does. The map is filled to the brim with high-rise complexes to authentically capture the verticality of real-life, urban Pittsburgh.

The Pitt is heavily radiated with dust everywhere. The extreme conditions have bred a unique form of mutants unseen anywhere else. They are known in full as the ‘troglodyte degeneration contagion enemies’—troglodytes for short.

Amplifying the hostile environment is the ongoing war in the region between the Union and Fanatics. The Fanatics are a raider gang fighting for dominion over The Pitt after wiping out most factions. However, the Union are still in the battle thanks to their background as blue-collar workers in high-tech factories.

Survival is more difficult in The Pitt compared to Appalachia. A great deal of planning is needed before stepping into The Pitt, like a stacked inventory, high-quality equipment, and best-in-class weaponry.

However, The Pitt has its pitfalls. The environmental storytelling we’ve grown to love with Fallout open-worlds is pitiful with The Pitt—it feels like it’s built for an FPS or battle-royale game, not an RPG.

The gameplay is less RPG-oriented as well. It centers on combat action, which makes sense because The Pitt is in a highly hostile state full of constant conflict at every corner—making The Pitt hit-or-miss with players based on their gameplay expectations.

Are the rewards worthy enough to play The Pitt?

The Reward System in The Pitt revolves around a newly introduced currency known as stamps. You earn stamps by completing the daily quests in The Pitt that are made up of 9 different objectives as of now.

Once you secure stamps, visit the stamp vendor in The Pitt known as Giuseppe’s Inventory. Some of the special items & rewards you can acquire include:

What to expect next after The Pitt from Fallout 76

Currently, The Pitt feels like a giant dungeon rammed with dailies. It’s a good change of pace from normal Fallout 76 gameplay. Still, Fallout 76 plans on future updates outside of The Expedition system that brings more RPG-style gameplay with lots of dialogue, story, and quests. An example of this will be the ‘Nuka-World On Tour’ update arriving late-2022. 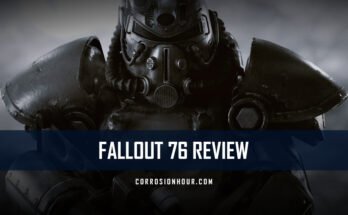