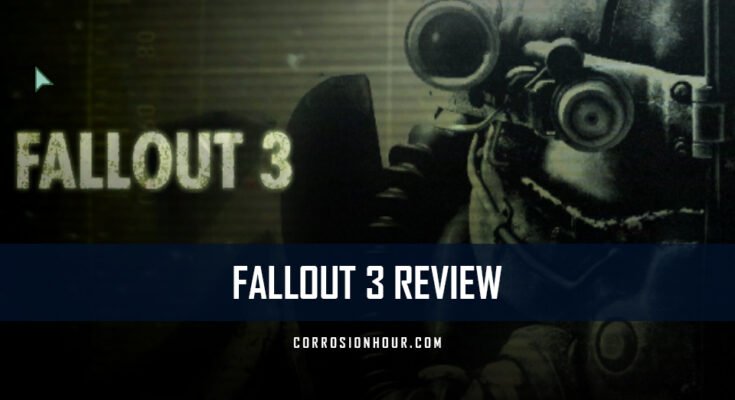 Ever consider vacationing in the wasteland?

Yes, it’s an older title. And yes, you’ll notice that age while playing it. But dammit, Fallout is an iconic series, and Fallout 3 is what arguably catapulted them to such essential status. Bethesda, the publisher behind giants like The Elder Scrolls, also worked on the behemoth that is the Fallout series. And today, we’re looking back on Fallout 3 to find out if it stands the test of time.

Fallout 3 came out in 2008, during a golden age in video games. It’s so much more than just Elder Scrolls with steampunk guns. It’s a game that puts story and immersion above absolutely everything else. It’s a title developed by the most passionate people in the business. And that dedication and attention to detail are easily noticeable today.

In today’s world, games are released only partially finished, and their story is to be unlocked over the course of the following year just so the publisher can keep players around as long as possible. Games are dropped in segments, and their plot is hidden behind a DLC paywall. There’s little attention to detail; developers just want you to get to the next boss fight; they don’t care about the journey to get there.

Fallout 3 is such a massive world, full of more unique characters than a Game of Thrones novel, full of more quests than a D&D campaign. It’s a game with a short main story and something gamers can beat in under 30 hours easily. But the sheer amount of exploration to be done has seen players roaming the Wasteland of DC for years. Literal years!

Spoiler Alert: Yes, it stands the test of time. Let’s break down why.

The main storyline of Fallout 3 packs an emotional punch. And every side quest you encounter is rich in its own way, which makes us continually seek out more.

We still think about the first time we played Fallout 3 and watched that opening scene that perfectly encapsulates the coming experience. Open on a city bus, zoom out to show the bus in ruins, zoom out further to show the city is desolate destruction. Zoom out even further to see a member of the Brotherhood of Steel looking out over the Wasteland. Then turning to look at you.

Every Fallout game starts out in a Vault of some kind, and Fallout 3 is no different, starting players out in Vault 101. While it may be a little weird to start your game after literally popping out of your mother’s womb, it’s okay because Liam Neeson is your dad, and he makes everything better.

While you start life in the cramped Vault, you quickly learn that the world is much bigger. Your father’s best friend is murdered, prompting your father to make a hasty exit top side. Which prompts everyone to ask questions, like mainly, where is his kid and what did they know? 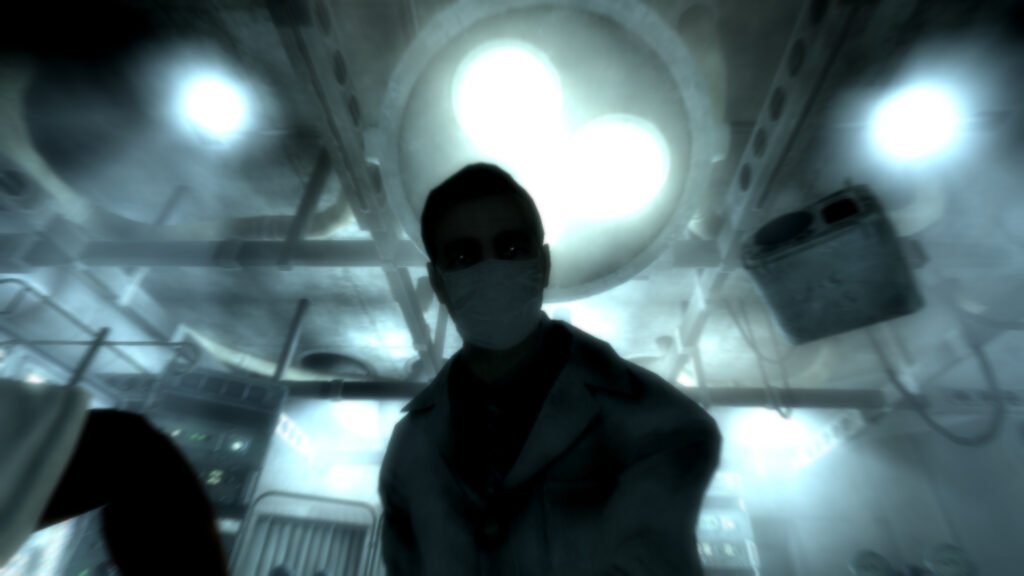 This forces you to follow your father and make a quick escape, entering the Wasteland of America for the first time.

The story of Fallout 3 takes you all over the Washington DC area, including some historic places, like the Lincoln Memorial and the Washington Monument. Alas, in post-nuclear America, the DC area isn’t much for tourists.

Players can choose to immediately seek out their father, uncovering his life-long pursuit of bringing pure, clean, unirradiated water to all of the DC areas. Or they can totally forget about their father and seek glory and fame across the Wasteland however they choose.

We usually take the latter approach. Only after we’ve accumulated vast riches, a stockpile of legendary weapons and hard-earned scars do we decide to seek out our father and figure out what he was after.

Fallout has so many stories to tell players that sometimes it can’t actually tell them. Often players will merely walk upon the aftermath of a story. You find a skeleton with a shotgun at its feet, a note nearby that simply reads, “I’ve had enough.” You track a group of raiders to their settlement, only to find it empty. As you look on the horizon, you see a lone mutant walking away. You follow the mutant to its camp and find it full to bursting with fresh meat. Still, wonder what happened to those raiders? 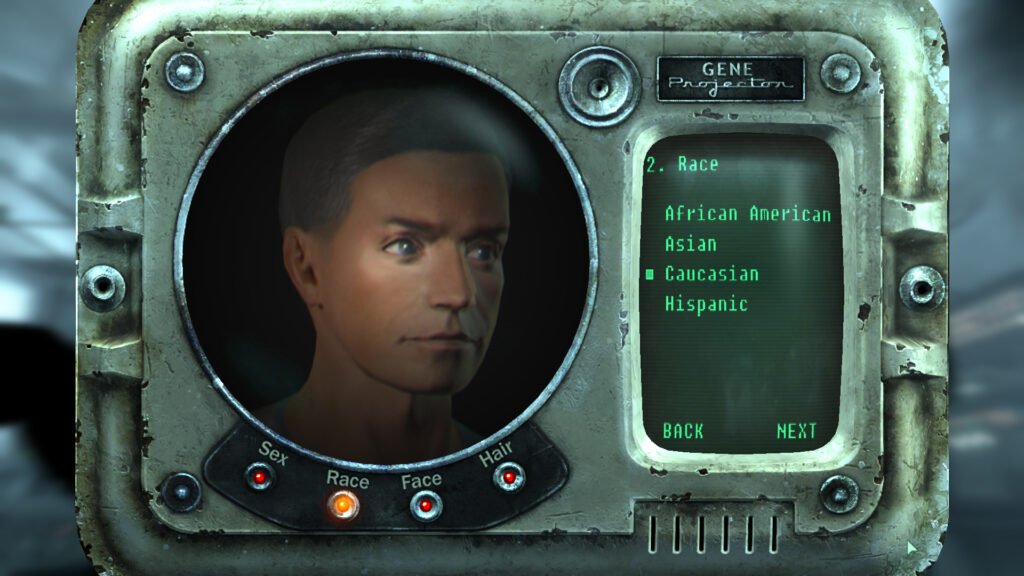 They aren’t the prettiest; I won’t lie to you. What the Fallout series may lack in crisp, detailed lines and beautifully shaded colors makes up for in a well-crafted story, engaging plots, and memorable characters. The graphics are just developed enough for your eye to get used to them.

When you first start playing, you’ll be surprised how many items you’re likely passing by. But as your eye trains to the graphics, it’ll start to pick up Jet canisters and even trip mines with no problem. 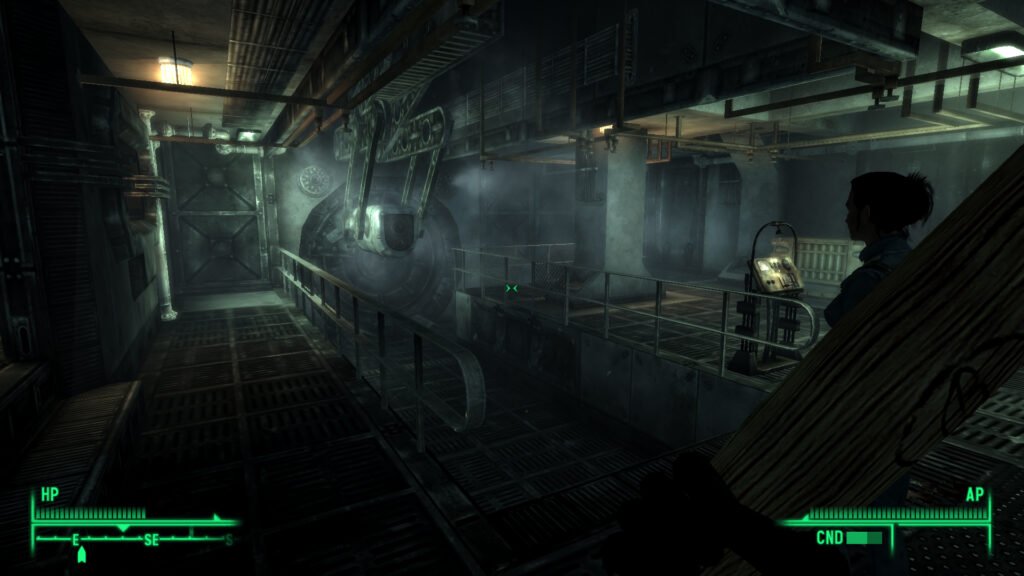 There are few publishers that consistently put out games with such immersive and complete atmospheres as Bethesda. Skyrim, Oblivion, and of course, Fallout.

Fallout 3’s atmosphere is so complete that you’ll have to reorient yourself to the real world when you stop playing after long sessions.

The sound design only complements the atmosphere, making it top-notch. When your adrenaline should be pumping, the music reflects it. And when you enter a new dungeon with a unique story to tell, the atmosphere conveys it.

There is a bit of a learning curve to Fallout 3’s gameplay. The gunfights are a little clunky, and we relied on the V.A.T.S. system for most of our series engagements. But once you’ve gotten the hang of your Pip-Boy, switching between weapons and healing yourself with stims, you’ll have become a true Wastelander.

In Fallout 3, a solid karma system is in place, either giving players karma or taking it away for the most serious moments in the game. It’s a way to add some good and bad consequences to player actions. 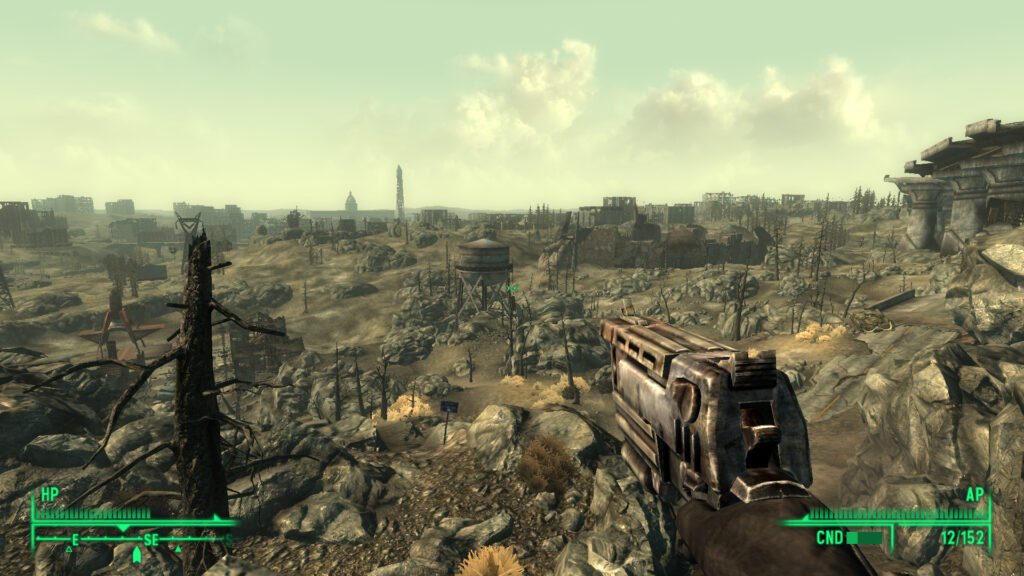 Let’s say you need some information stored on a computer owned by a citizen in town. You go and talk to that citizen, and you quickly realize she isn’t going to give over the information easily. Well, Fallout 3 gives players plenty of options for obtaining their goals. You can wait till it’s nighttime, sneak into the citizen’s house, and hack their computer. You can offer the citizen a boatload of money to access the computer. You might be able to complete a quick side quest for them in return for a look at their computer.

Or, of course, you could just kill them.

Fallout 3 will reward players with karma based on how they handle situations. They’ll lose karma if they decide to kill the citizen and save some time.

So what? Well, lose enough karma, and people you meet around DC will recognize you as a bad person. 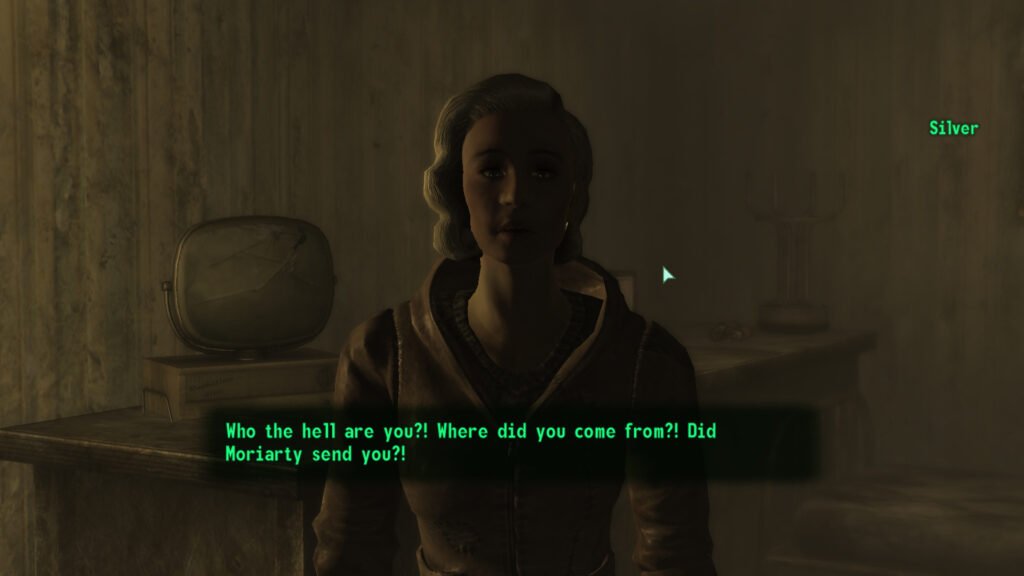 Some people will refuse to do business with you, and others won’t offer you certain side quests unless you’re trustworthy enough. However, you may find certain villainous factions more open to doing business with you if you’re a villain. So the choice is yours.

And all of that complexity is layered on top of a massive world with hundreds of encounters and multitudes of weapons to experiment with.

The replay value of Fallout 3, and most Fallout games in general, is high. The highest. It’s why fans continue to make new characters even today. Because they know despite playing hundreds of hours, there are still situations they’ve missed, encounters that could be approached differently, and various allies they could instead attack.

Fallout 3 doesn’t just provide an incredible story with rounded characters in a fully realized world. It gives players that old sandbox feeling of being in a wide-open world that begs to be explored. It shows players that wandering around a wasteland is in no way a waste. There are treasures to uncover, people to save (or kill), and bottle caps to be made.

Fallout 3 is as near a masterpiece of post-nuclear America as we’re likely to experience in our lifetime. It’s a journey that should not be missed. The opening sequence–Ron Pearlman talking about how war never changes–is so on point; I’m still amazed it’s not considered true art.

Do yourself a favor and explore the unmatched experience of Fallout 3. Yes, it’s a bit dated at this point. And yes, sometimes you’ll long for the quick responses of modern games. But Fallout 3 stands the test of time and remains a must-play title, along with its successor Fallout 4.