A genre-defining post-apocalyptic zombie survival worth checking out.

DayZ, born from a mod of another game called ARMA 2, is a hardcore survival shooter game that has been around for just over nine years. This game is successful because it mixes survival game communities and PVP first-person shooter communities. In addition, it has popularized the idea of a sandbox FPS game.

The game starts in a dim environment infested with zombies. The player then has to loot the buildings and the woods to find resources to live. Unfortunately, In Chernarus, there is a constant threat of being killed by another non-infected player.

Though there are many bugs in the game, it has still drawn the attention of many mainstream creators like Summit 1g and averaging around 26,000 players. With an already solid PC player base, Day-z grew to include Xbox and Playstation in 2018. The enormous popularity brings to many players’ heads “what makes the game so good, and is it worth the hype?”

The short answer is yes, and the long answer depends on the player.

The story of the game is relatively simple. Dropped into the fictional post-Soviet Republic of Chernarus, players will encounter a mysterious plague that has turned most of the population into violent zombies.

The player joins 64 other players as the only ones not infected and who must fight for resources in the unforgiving land of Chernarus.

The game mixes traditional survival and zombie gameplay with an online shooter. The developers wanted to make the game as realistic as possible by worrying about dying of thirst, hunger, and hypothermia, with a constant risk of succumbing to another player. 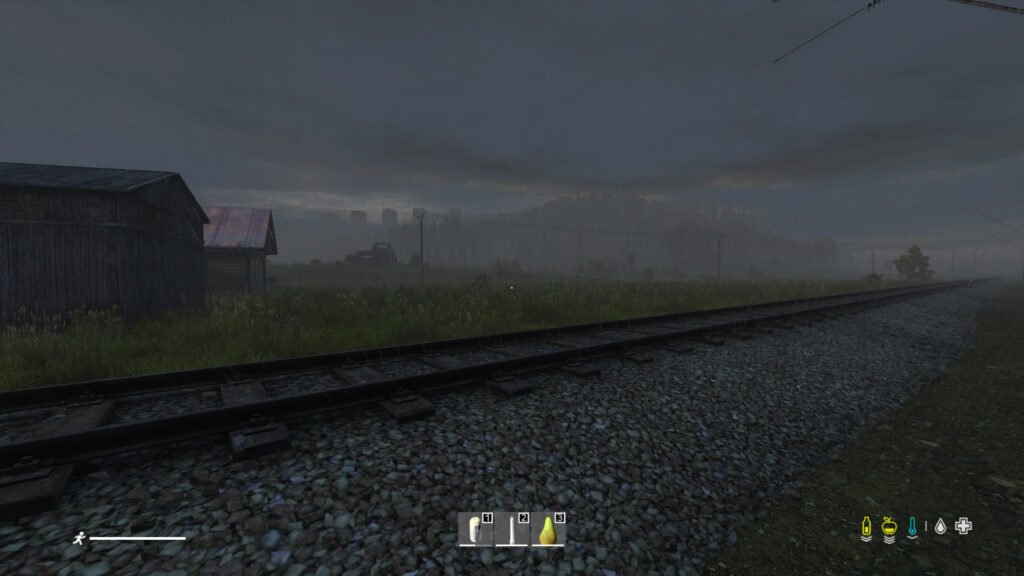 These factors are realistic for what would happen if someone were in a post-apocalyptic world. Moving through the town of Chenarus, scavenging materials, and watching out for other players with these factors, makes DayZ a thrilling experience.

These days people are used to stunning graphics. Unfortunately, it’s too easy to forget that there weren’t always stunning graphics and animations. As a result, based on that, people may write off DayZ’s graphics as low quality. However, the game’s graphics are not as visually appealing as many other modern games and are very basic. Nonetheless, they get the job done and help add to the apocalyptic atmosphere.

The intent and movements of the other players that players are fighting are clear–it’s not like the player can’t see the enemy that they are fighting or anything like that. On the other hand, the game’s atmosphere can feel repetitive. So many towns look similar, and seemingly endless fields and woods to run through.

Fortunately, these simple effects can be appealing to many players because they add to the realistic nature of the game. However, that is something to keep in mind because this game is a very niche game, and people who like more fast-paced games like Warzone or Apex Legends are more likely not to like it.

The sounds and atmosphere of the game are immersive, drawing the player in to feel like they are killing Russian zombies and surviving in the brutal winter.

Day-Z’s sound design is one of the best out of any game created to date. The sound design provides audio accuracy of where the player’s movements are heading. For example, when a player walks, the player hears the footsteps with somewhat good accuracy, enhancing the overall feel. 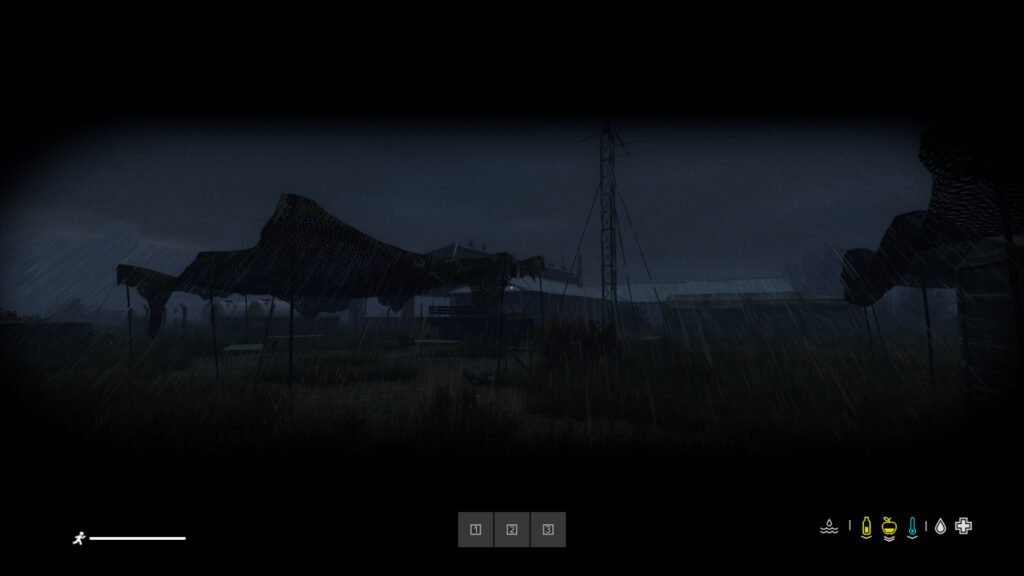 Along with zombies constantly getting stuck in walls or not attacking the player, that can somewhat ruin the environment. But after a while, players get used to these bugs and become part of the game’s uniqueness.

Because of the mixed impressions of both the graphics and the sound effects, the gameplay can be very thrilling at times, and it can be very dull at other times.

Many people don’t like the game because, at times, it can be a very long time before a player even sees another player. The long time between fights and long walks can be very worth it, though, when a player finally fights someone.

While there are no quick scopes or slide canceling, and at times a player is only involved in just a long sniper battle, the fighting is very realistic. It forces many people who don’t take full advantage of their environment to change their behavior.

The drawn-out battles create a thrilling experience, which is the main draw to players. If the player loses the fight, they lose everything they just spent so long looking gathering. At times, those long waits to get in a conflict feel worth it because of the thrilling experience and possibly better equipment gained from killing another player. 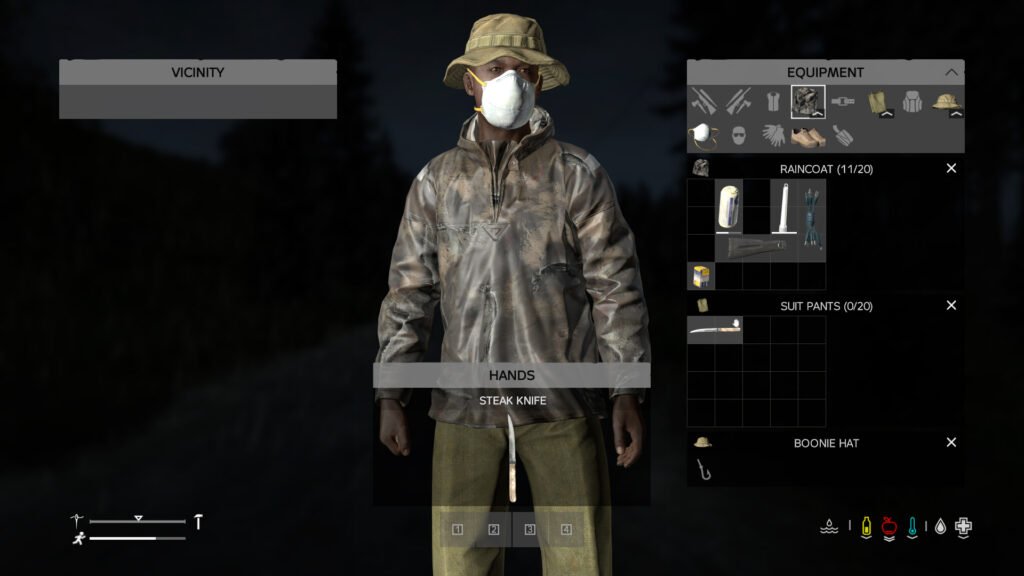 One of the game’s downsides is that sometimes the map can cause noticeable performance decreases. There is a noticeable drop in the framerate in the parts of DayZ with many buildings. For instance, on the PC, players who average around 100 FPS everywhere else get drops as low as 40 FPS in the big cities. This issue persists on both the PC and Xbox.

The replay value of a video game is vital to the enjoyment of a game and keeping a game from just being another dead game. One thing against DayZ in that department is that it is a challenging game to learn as a new player.

Many players find themselves having to watch tutorials online from YouTubers to know how to eat and survive the harsh environment of Chernarus. The learning curve may dissuade many new players from playing the game because they don’t want to learn the survival necessities. 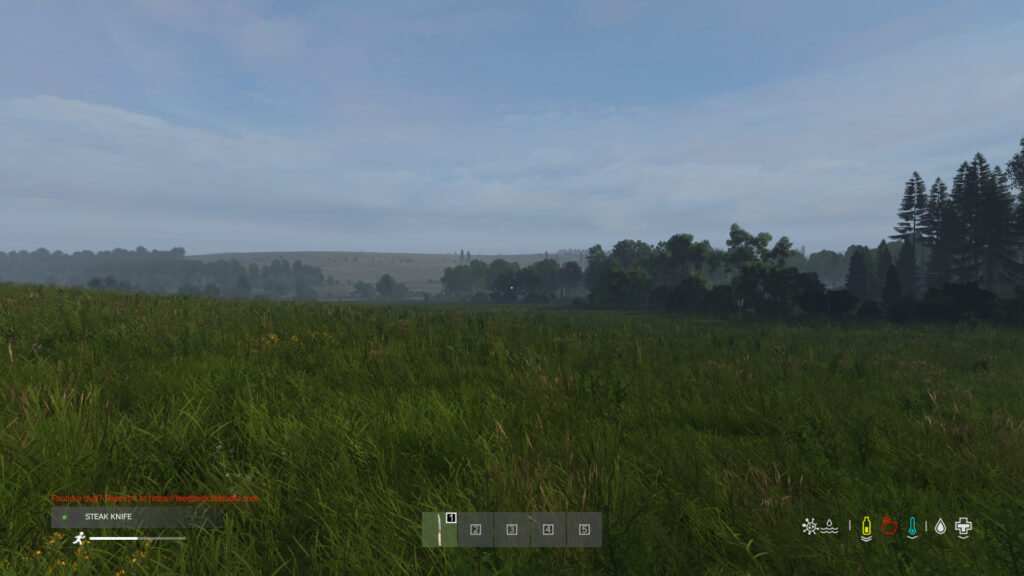 It can be challenging to meet with friends because the game doesn’t have an in-game map. Though this is not a bad thing, a missing in-game map does make it hard to find a player’s friends because many new players don’t know the map well.

Otherwise, the replayability of the game is pretty solid. The thrilling experience of the PVP draws people in wanting to keep on fighting because of the constant risk of losing everything.

In creating DayZ, Bohemia Interactive has made a unique game that will last a long time. It is like Minecraft because it will always have a solid core audience who loves the game. In addition, they have created a community that feels accomplished. After all, they have mastered a game that is not easy, and it is in a demanding environment to master.

This mindset has carried DayZ for nine years and has gotten the top 25 games on the Steam charts, with 19 million hours played.

DayZ is an exciting take on the survival and FPS shooter genre, so if players want a challenge, I urge them to give DayZ a try. The steep learning curve and serious difficulty make for a rewarding experience that players will remember forever.