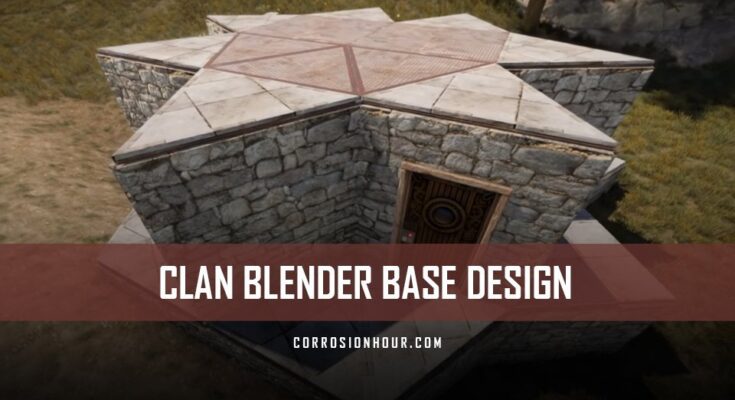 The Clan Blender Bunker Trap Base

The Clan Blender base design was created by our partner Evil Wurst.

In this video, Evil Wurst uses his previous Das Bunker base design into a trap base that works in two stages. The first stage is designed to give base raiders the feeling that they’ve gone deep into the base. The second stage makes use of an exploit that allows for double doors to be opened that in most situations wouldn’t be accessible, allowing for traps, like shotguns and turrets, to be opened up on unsuspectingly.

This base design, while re-worked to be a formidable trap base, can also serve as a primary base, with ample loot room. The Clan Blender doesn’t follow the common trap base designs and the cost is higher than the hit-it-or-quit-it designs you’ll typically see.

All said and done, the Clan Blender trap base design allows you to trap multiple victims, ultimately allowing you safe harbor to loot and securely stow their valuables into a tough to crack base design. The Clan Blender’s overall appearances are designed in such a way that victims won’t know it until its too late.

Do you remember Das Bunker? The stability bunker base from earlier this year?

We turned it into a trap.

Well, more exactly, Fred’s extended footprint, which uses 2 square and 3 triangles for the bunker to offer a lot more storage.

The trap works in two stages.

First, you let people believe that they went deep on you with the bunker left wide open for them. They moment they jump in, they get obliterated by shotgun traps.

The second stage takes care of potential teammates. It makes use of a novel exploit that my teammate Old Fool discovered – namely that in some configurations, single and double doors can be closed from the other side of a garage door.

Now the friends of the victim are trapped, as well.

Once you open the garage door, shotgun traps on the other side will take care of them as well.

The inside of the trap is now secure, and you can loot the bodies undisturbed.

And if you seal the bunker up, main loot and TC are protected from 15+ rockets – which can be quite useful if you trap a salty clan who cannot handle the loss of their precious gear sets.

The base has everything a main base needs to provide you with a home away from home. You can even re-watch the Das Bunker video and turn it into your main base! Even though the footprint is slightly different, it works roughly the same.

Cost and upkeep can be a bit intimidating, in particular with respect to high quality metal. You can reduce cost by only upgrading the bunker to sheet metal.

The base has proven its effectiveness on several servers.

I’ll first show you how to build it. Then I’ll show you some highlights recorded by Old Fool, friends, and me.

When we built the base, we would first scout out suitable areas and check whether the following footprint fits nicely.

Here, I demonstrate where the doorways will go so that you can orient the base correctly. Hit out those two foundations. Place a half wall here and floor tiles on top.

Verify that you can fit at least 1, better 2 sleeping bags underneath these two triangle floor tiles.

Then, we would come back with the material to complete the outer walls, so that we can build in peace. Bring a minimum of 6k wood, 1.5k stone, a TC, and two doors with locks.

Upgrade the raised foundations to stone.

Then surround the outer perimeter with walls and a ceiling.

Temporarily place the TC onto this twig foundation. Don’t worry too much about the placement, as you will most likely have to destroy it again later.

Upgrade the outer walls to stone as soon as you can.

If you want to upgrade the whole base to stone from the beginning, bring about 7K stone.

The build site is now secured, and you can build the rest of the base at your own pace.

Next, we’ll build the bunker part.

The first step will be to place the TC properly. To be able to do that, those 2 foundations need to be upgraded to armored for 26 high quality.

If you can build a triangle floor off this square floor, you got the placement right. Upgrade it to wood, and the remaining twig to at least stone.

To continue the build more effectively, we like to bring furnaces and a workbench on site at this point. I like to make use of these triangles for those items.

Place 4 half walls around the TC compartment like this.

Then place boxes on top of the triangle as shown. This stone wall is temporary and helps with the placement of the second box.

Once you are happy with the placement, close this compartment off with a floor tile.

For the sake of the brevity of this video, I’ll upgrade the bunker directly to armored. In reality, we would often start out with sheet metal or even stone while we still accumulate the necessary high-quality metal.

You can now seal the bunker to turn it into a 15-rocket raid.

If you want to hide the fact that you have armored foundations, surround the base with another layer of stone foundations.

Next, place more boxes inside of the bunker. Now, let’s work on the first trapping stage.

Build 3 shotgun traps. Two go inside the compartment with the sleeping bags. One goes between the boxes.

Verify that you cannot see that 3rd shotgun trap from up here.

The bunker section is now complete.

Now, let’s turn the to the main floor. Close off the furnaces with a window frame and embrasures.

Place garage doors in these 3 places. Make sure that the bulky part of this garage door faces the entrance door. Turn the space above the TC into another loot room.

The adjacent square will be the room for the second stage trap. As such, it requires sleeping bags and traps.  A tier 2 workbench can go into the rear triangle. I’d use this space for two lockers, one inside the triangle and one in front of it.

Place two sleeping bags in an L-shape like this. Then a shotgun trap as far back as possible. A third sleeping bag should still fit in front of it.

Place two more shotgun traps below the ceiling. One should point at the chute, the other at the center triangle.

To increase the durability of the base, close off all those external compartments with bullet proof glass windows when you go offline. In addition, upgrade the ceiling above the bunker to sheet metal.

Finally, close off the bit behind the bunker entrance.

With that, the base is ready for two-stage trapping. When you are ready to trap, you only want to have this garage door closed. All other doors should be open.

The best strategy is to have someone kill you when you open the outer door, making them believe that they’ve gone deep on your base. And when they try to reach the boxes in the bunker … [BOOM]

Now if teammates of the victim try to loot the body, spawn inside the upstairs room. You can now close this single door through the garage door, trapping the teammates inside the base.

Now open this garage door and watch the shotgun traps do their work. You can now loot the victim’s bodies in peace.

And if they come back and threaten to raid you, close off the bunker and watch them waste 15+ rockets to get their gear sets back.

The base has gone through several iterations of live testing. Let me show you how it works in practice. Special thanks to Old Fool and everybody else who contributed their recordings.

As you can see, we had a lot of fun using the base. Shout out to Old Fool, Super, Alex, Fred, and all the others who helped setting up the trap on different wipes and servers.

If you want to see more videos of the trap in action, check out Old Fools YouTube channel. He regularly releases short videos on traps that we test together with our team.

May the base bring you a lot of fun as well.

Until then, Evil Wurst … out. 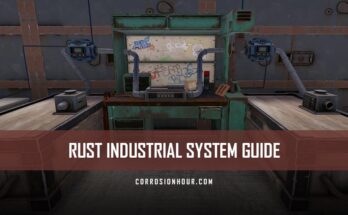 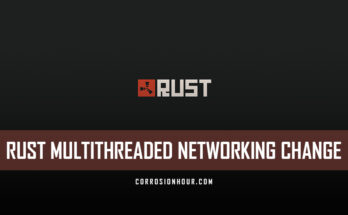