Slay ridden as a fashion icon

Back 4 Blood, the fast-paced first-person shooter from Turtle Rock Studios, is a game with lots of guns, guts, and glorious action. But it also features plenty of unique customization options for both your weapons and your characters. While the standard outfit each cleaner comes with acts as a subtle form of characterization, each alternate outfit only expounds on their background and personality.

Back 4 Blood’s gameplay revolves around multiple playthroughs. One must earn supply points to unlock each playable card in the game, and you can only earn supply points by playing through the campaign. Many of the costumes and weapon skins in B4B unlock by purchasing the corresponding card with points from one of the rotating Supply Lines. And those cards usually don’t show up until you’ve obtained a large part of the game’s deck. This means you’ll be grinding a lot if you want some skins. You’ll be grinding for several days straight if you’re going to unlock every skin for every weapon and character in B4B.

How to unlock weapon skins in Back 4 Blood

Every usable weapon skin in B4B is unlocked through Supply Lines. There are no achievements to beat, no secrets to find. That doesn’t mean unlocking them all will be easy. Most weapon skins cost about 50 supply points and are mixed into Supply Lines with other cards. The first weapon skin card we came across was the Smartass skin for the Desert Eagle sidearm. Each weapon, including the melee weapons, come with several unique skins. Some lean into the lore and apocalyptical world of B4B, while others look like they belong in a Dead Space game.

There are limited-time weapon skins in B4B, as well. There was a unique Christmas-themed Supply Line during their Christmas event just for items with holiday cheer. We saw several people running around online with guns covered in ribbons, candy canes, and snowflakes.

In order to equip each weapon’s unique skin, navigate over to the armory and select the weapon you wish to customize.

How to unlock character skins in Back 4 Blood

There are three main ways to unlock each character’s skin in B4B:

Every cleaner comes with seven unique skins to unlock. Five of the skins are themed the same across all characters, and two add characterization to each cleaner.

Let’s break down the themed skins.

Is this going to take time? Absolutely. Lots of it. But it’s going to take skill, as well. Nightmare difficulty is by no means a walk in the park. You may find that ZWAT is one of the last outfits you unlock.

The Battle Hardened outfit is unlocked simply for having the Ultimate Edition of B4B. That’s it. Purchase the Ultimate Edition, or upgrade from your common version, and the outfit for every cleaner will be waiting for you on the customization screen. The Total Apocalypse skin is unlocked via Supply Lines in B4B. For us, we found the corresponding cards in the Paul’s Alley Supply Line well into the late game. Once we’d unlocked every playable card in the game, we saw many more cosmetic cards for purchase.

You’ll have to buy the headpiece, chest piece, and leg piece of the Total Apocalypse set separately for each character. Each part of the outfit will cost 250 supply points.

So, if you want to purchase every character’s Total Apocalypse outfit, you’ll need at least 6,000 supply points.

The Hazmat suit is unlocked merely for owning B4B’s first DLC, Tunnels of Terror. Again, no supply points are required. Once you own Tunnels of Terror, simply head to any cleaner’s customization screen, and you’ll find a unique hazmat suit just waiting to be worn.

The Standard outfit for each character comes–get this–standard. Whoa! I know, right? Crazy.

The Dark Variation is called something different for each character, but it’s just a dark version of their standard outfit. Jim’s version is called Backwoods Blaze, and Emelio’s version is Murder at Midnight. Darker colors, different clothes, and sometimes different hair color is all this outfit amounts to. But that doesn’t mean you’ll get it early game.

To unlock the Dark Variation of each cleaner’s outfit, you’ll need to play 250 missions as that cleaner.

This means more grinding ahead. Like, a whole lot more. Two hundred fifty missions are no small matter. Those aren’t 250 attempts, either. Those are 250 successful missions completed as that cleaner.

Jim was our favorite cleaner and the one we predominantly chose over everyone else. But after months of gameplay, we were still under 250 missions. Our recommendation is to set the difficulty to Recruit and power through as many missions as quickly as possible. If you try at harder difficulties, there’s a greater chance of failing, which makes unlocking the skin that much longer.

This last outfit is unlocked, and the Battle Hardened outfit; all you have to do is purchase the Ultimate Edition of B4B.

There are still plenty more skins and items to unlock for each cleaner in B4B. Though they won’t be part of a specific outfit, they allow you to customize your cleaner’s appearance further. Holly comes with various t-shirts to try on, and Karlee has multiple different leather jackets depending on her mood.

These pieces allow for unique mixing and matching. You can wear Jim’s standard pants with the Total Apocalypse hood, and the Don’t Shoot Me Jagoff shirt. Or you can wear Doc’s pink glasses with her Pug shirt and slime-green pants. These one-on-one pieces allow players to create whatever fashion amalgamation they desire.

B4B also has time-sensitive character skins, just like weapon skins. During their Christmas event, players could also purchase Christmas-themed clothes for their cleaners. Hoffman dons a bright red Santa hat, and Walker wins the ugly sweatshirt competition. However, if you didn’t play during Christmas, those items are gone and will never return. 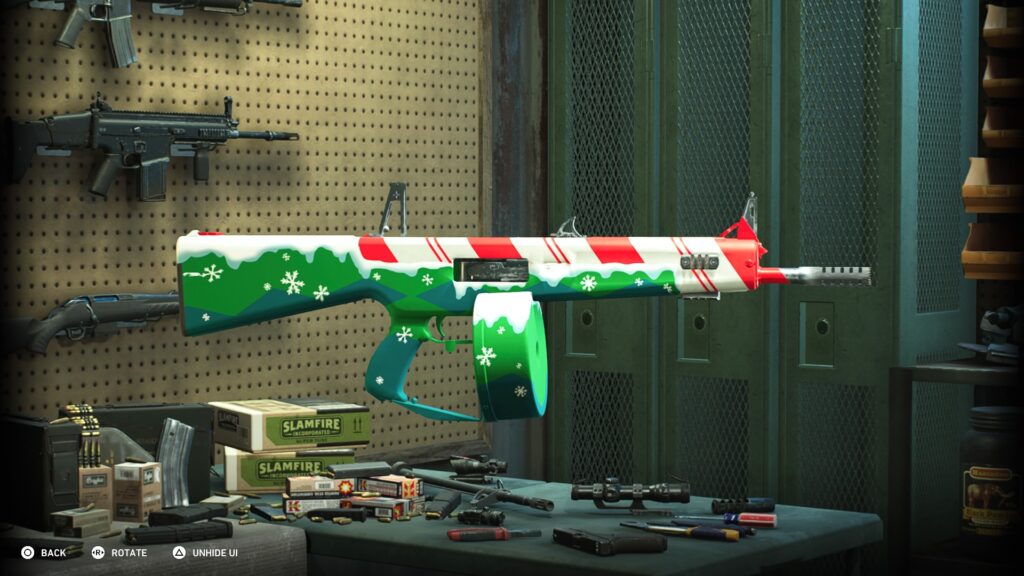 Final words on getting Back 4 Blood skins

From the release of Back 4 Blood, Turtle Rock Studios made it clear that the Ultimate Edition of the game would come with goodies down the road. Some of those goodies turned out to be character-specific costumes. With Tunnels of Terror, their first DLC, more unique skins were released. We can only assume that there will be further customization options for players with each subsequent DLC launch. When their final DLC drops, cleaners will have a veritable wardrobe to choose from.

At the end of the day, if you want to unlock skins in Back 4 Blood, you will have to put in your time. To top that, you’ll need to be good at playing. There’s no way you’ll unlock the ZWAT outfits if you can’t beat 1-1 on Nightmare. And you’ll never have enough supply points to purchase the Total Apocalypse outfit unless you earn thousands of them.

If your goal is to be a fashion icon during the end times, we suggest finding a friend to play with. Attempting some of these challenges with just bots as the company can be tiresome and boring. Teaming up with someone who’s also in pursuit of cosmetics will only make the journey pass quicker.

Now get out there and get killing. 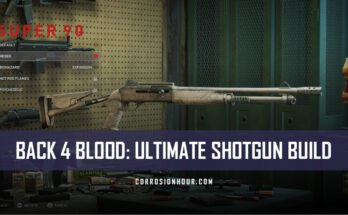 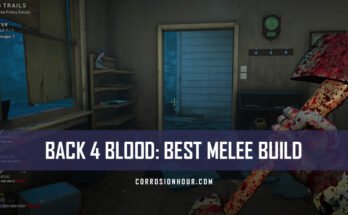 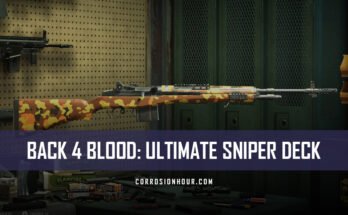