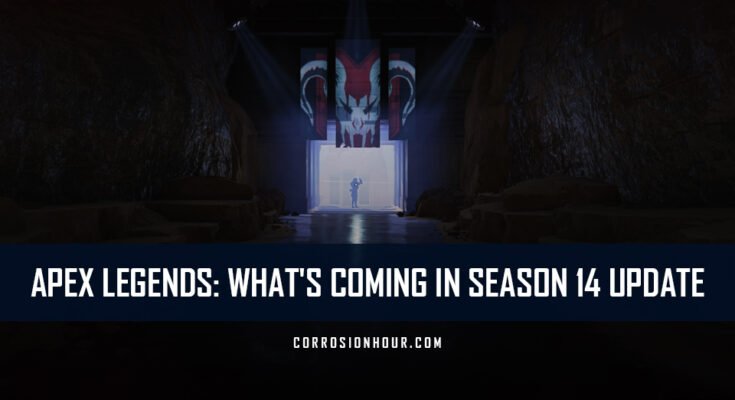 Apex Legend’s Season 14 is just around the corner, set to release on August 9th. This season is bringing some substantial meta changes with it. It includes everything from gun changes to map changes and many others. This article will go over some of the alleged reveals by Respawn in the upcoming Season 14 of Apex Legends, and we’ll go over everything that has been included in this update.

Remember that this doesn’t include patch notes or anything, as Respawn Entertainment does not officially release them. This article will cover some significant changes that Season 14’s update brings into Apex Legends. On the surface, it may look like a filler season, but some crazy things are happening Meta changes. So, let’s jump right into it.

Respawn Entertainment has added Skulltown back into KingsCanyon, so it’s a moment of rejoicing for many OG players and those who started playing Apex Legends recently. Skulltown was removed from Apex Legends in Season 4 when the devs wanted to make the map more balanced as half of the lobby would land there. The lobby would die fast, and with the Skulltown removed, the devs emphasized landing other places to make the map more balanced.

Skulltown in Season 14 is much smaller in actual playable areas, but the landmass around Skulltown is massive. They’ve taken most of the area that was the sea and removed salvage as well. Hence, they used that whole area for a vast open plane, which should give you more freedom to rotate and hopefully cut out third parties, which is inevitable in KingsCanyon because of how the map is designed.

The devs have finally listened to the community about the level cap increase, and they’re bringing this change in Season 14. Now, the level cap is bumped from 500 to 700 but with some additional changes. They took Call of Duty’s prestige level system and implemented it into their game.

Once you hit level 700, you’ll unlock prestige level 1, and upon hitting another 700 level, you’ll earn prestige level 2. So, the maximum level you’ll be able to achieve is up to level 2800.

Wingman is a beloved pistol that everyone dreams of using to its full potential without whiffing half of the shots. The devs are making some changes to Wingman; they’re not entirely overhauling. It’s just a minor change. Starting from Season 14, the Wingman would take Sniper Ammo rather than heavy ammo.

In the fast-paced gameplay of Apex, snipers aren’t used by players, and there’s a slim chance of you finding sniper ammo in late games. Though, the damage and movement speed while using Wingman are untouched. They’re also adding Skullpiercer attachment back for Wingman and Longbow, but this time they’re also adding it for 30-30 repeater.

Along with wingmen, the Spitfire is thrown into the light ammo guns category. Spitfire has been pretty controversial since the dawn of Apex legends; the light ammo switch is to make the weapon system balanced across the map. There were more heavy ammo guns than light ammo, so the devs wanted to make both ammo categories balanced.

Eva-8 is getting a buff in Season 14, increasing its fire rate. It works that once you start shooting with Eva-8, every shot and the next shot will increase its fire rate, so they’ve added a multiplier to its firing rate. Kind of how the Devotion LMG works, without a turbocharger. Eva-8 will be able to take the stock attachment so that you won’t be stuck with a slow releading time of Eva-8.

Lase sight would be a new addition to attachments, and players would be able to attach laser sights to their SMGs. Laser sights will be replacing barrel mods for SMGs and pistols. This attachment change incentivizes close-range battles with SMGs rather than lasering people in the mid-long range. Also, the laser sights would help you in better hip firing than barrel mod, so this update would completely change the current meta in the upcoming season.

The self-resurrection of the level 4 knockdown shield has been a center of controversy among professional players. The community was adamant about its removal a few seasons ago, as it was hurting the integrity and giving the other team an unfair advantage. On a few occasions, the level 4 knockdown shield led a team to win from an unwinnable situation. This sparked a movement for its complete removal from the game.

In Season 14, they’re removing self-resurrection and adding guardian angle perk on level 4 knockdown shield. Along with the level 4 knockdown shield, the gold Backpack is also getting a brand-new perk called deep pockets. This will allow you to stack one more healing item. For instance, you’ll be able to stack three batteries, three medkits, and 2 Pheonix kits.

The devs talked about the LTMs and their future in the game. There will be new LTMs in Season 14, but there’s no official announcement on what new LTMs will be added to the game. The Control mode will again appear in Season 14 with some minor changes. The developers have no intention of making Control mode permanent because, according to them, this will divide the player base, and the LTMs will lose their appeal.

With that, you should now have a solid grasp on the major changes coming to Apex Legends in the Season 14 update. 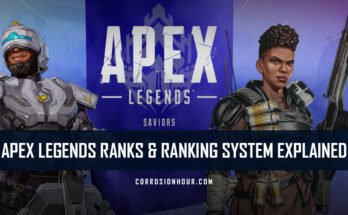 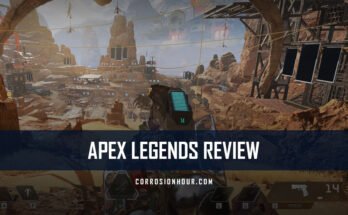