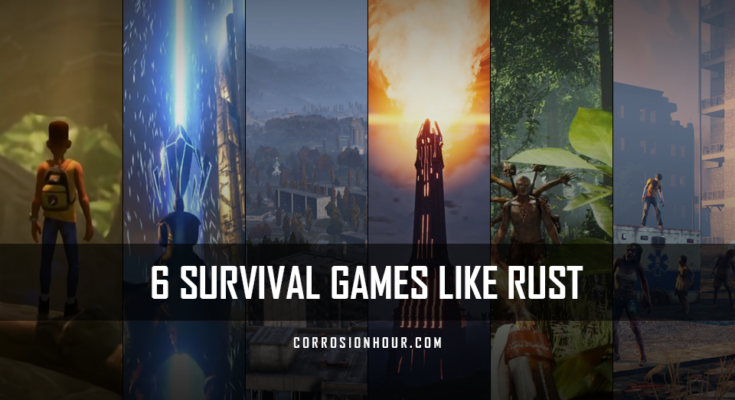 Love RUST, but want to expand your survival game library? We’ve got you covered.

If you’re reaching another thousand hours in RUST, or you’re only looking to get away from the toxicity for a while, but you can’t go without that survival crafter goodness, maybe it’s time to shop around for a new game to play between server wipes.

You can use one of these titles to refresh your palette, learn new game skills, make new friends, or take a rejuvenating break from the isles of RUST. Here’s our shortlist of 6 titles that can fill a RUST shaped hole in your life, at least temporarily.

Released in 2013 (the same year as RUST), DayZ is a popular title that has stood the test of time. Unlike RUST, DayZ kept the zombies and static map. They also angled the game’s survival element towards food consumption and complicated health maintenance instead of RUST’s base building and NPC interaction.

They have since released a new map, Livonia, to compete with the classic Chenarus, and in the last year or so, they have tentatively begun to implement base-building elements. However, unlike RUST, non-player-made structures can be built upon, so players can choose structures found on the map to make a home.

Suppose you’re after a more RUST like experience. In that case, DayZ has a healthy modded server community that have implemented their own home-grown complicated building systems, allowing for a much broader array of complicated structures and defenses.

Another 2013 title, Seven Days to Die, is another in the survival crafter meets zombies genre. With a healthy dose of Minecraft injected for good measure. Like RUST, Seven Days is an open-world survival crafter that requires you to harvest materials to build a secure base. However, every buildable block, including those not created by players, are destroyable.

Those keenest to find a way to break into a base are the zombies that litter the land, but that won’t stop players from taking a shot at your loot. As the title suggests, you have seven days to get in gear and build a defendable base before the zombie horde swells and relentlessly charges towards your base on the seventh night.

Every seventh night to be more precise. Less focussed on PVP than RUST and more about survival against the zombie horde, Seven Days is still a strong contender in the survival crafter bracket.

If you’ve ever been busy farming wood in RUST and thought to yourself, “Gee, I wish I had a 30ft tall lizard to carry this back to base for me,” then you’re in luck.

Ark is a standard survival crafter that follows all the classic game beats, gather craft, upgrade and maintain. However, along the way, you’ll find yourself in competition and friendships with dinosaurs of the bygone eras.

While much like RUST, you’ll start the game with stone tools, you’ll find it much more efficient to have giant reptiles to do a fair bit of your work for you, whether that’s using Trikes and Braccys to knock over and carry trees home, or hunting with raptors while riding on the back of Pteranodons.

With new maps to explore and dinos to tame with each further major expansion, Ark has managed to stay fresh for old players while drawing in new ones each year. You can choose whether you want to compete or cooperate with some servers running on PvP or PvE dedicated settings.

If your survival crafter itch could do with the high fantasy RPG elements RUST lacks, perhaps Conan Exiles is the title for you. Set in the Conan of Cimmeria universe, Conan exiles is a reliable survival crafter with talent trees that guide you down combat styles and crafting paths to build a unique character in an unforgiving environment.

Hosting both PvP and PvE servers, players have the choice of adding new enemies to the already foreboding world of Conan Exiles or taking things at a steadier pace while players work together to overcome the monsters and world bosses.

With a rich story and setting, alongside a wealth of bosses and PvE content, Conan Exiles is a highly contrasting experience to a typical RUST wipe.

If a story-driven PvE survival crafter is your goal, then you may want to consider The Forest. A brutally punishing game set in a rich world of woodlands and forests, compete with cannibals and mutants to carve out your little piece of paradise in The Forests’s tropical island setting.

There’s no competition with other players here, as it will take your combined efforts to take on the island’s monstrous inhabitants. The Forest implements an exciting mechanic with the native inhabitants of the island.

How you react to them will dictate how they behave around you in the future. Will you find ways to maintain the peace or dominate and taunt them into submission. If you take the force and intimidation route, then the cannibals will start to let loose the monsters that usually inhabit the island’s deep cave recesses.

The island’s resources are limited, and for each tree, you cut down, risk opening the treeline, and let more villagers stumble upon your abode. Unlike RUST, The Forest asks players to be mindful of resources and their impact on their surroundings. All while providing a sound survival crafter experience.

An early access title that only dropped in 2020 Grounded is an open-world survival crafter set in the cartoonish world of a child’s backyard. Think ‘Honey I Shrunk the Kids’ meets RUST. Gather resources in the micro world, and build a new home from twigs and grass while fending terrifyingly relatively normal-sized insects.

Unlike the other titles suggested, Grounded is a purely PvE experience for 1 to 4 players. That doesn’t stop it from being an exceptional survival crafter. In a fun twist on the genre, grounded brings an element of childish wonder to the table, enriching the genre and providing a wholly unique experience over the typical survival crafter model.

So if you and a few friends are looking for something a good deal more chill than RUST, then grounded might be the one for you to try.

A plethora of survival games to choose from

The survival crafter genre is well established in the gaming world and is expanding every year. We know we like to gather, craft, build, and compete, and this model fits into just about any setting. Whether it’s sci-fi, fantasy, or and stretched imagination, the survival blueprint fits with ease.

This is by no means a comprehensive list, and we’ll have more to recommend before long. So if you’re ready for a break from RUST, the definitive survival crafter, try out one of these titles, let us know what you think, and if you have any recommendations for list-worthy titles, let us know. 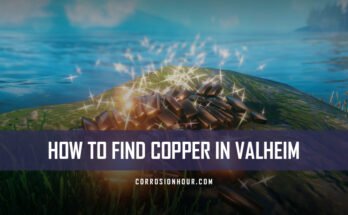 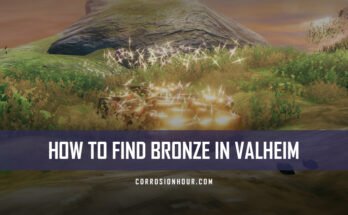 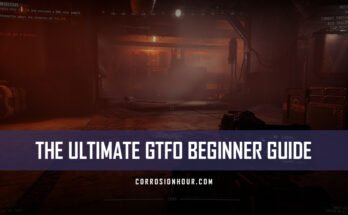