RUST is a game known for massive zergs dominating maps and building unreal gigantic structures. But there’s a lot of space in which a solo player can thrive. Moreover, with Facepunch adding new ways to gather scraps and resources for every update, solo players have better odds than ever at playing a significant role on their server of choice.

1. Play exclusively on a solo, duo, or trio RUST server 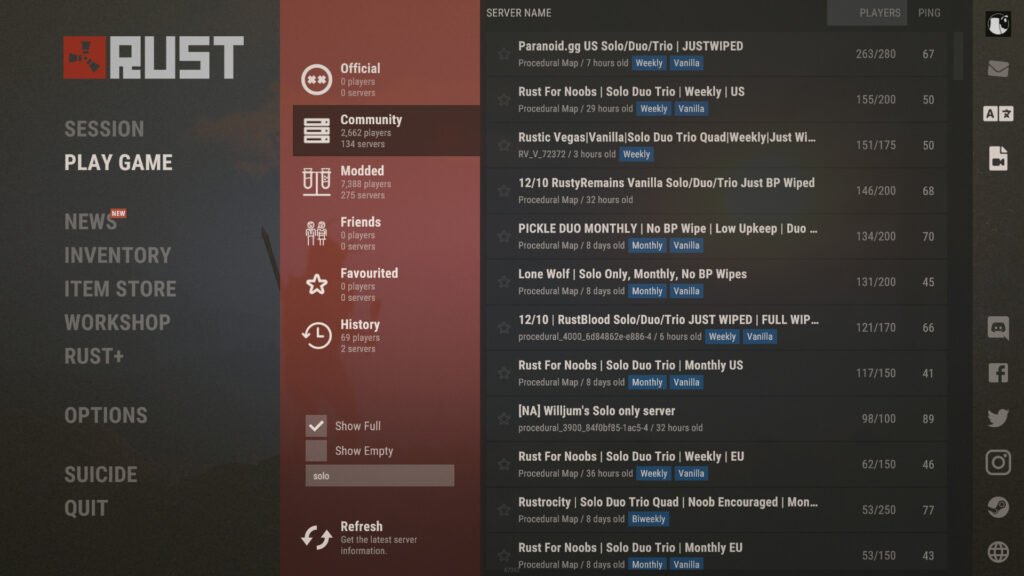 A reasonably common rule in place to try and reduce zergs and large groups dominating the RUST map is the option for server hosts to enforce a limit on group sizes. Typically this is limited to playing alone, with a partner, or in a group of three.

The solo player often goes unnoticed on a server with groups of five or six or more members.

Get raided in RUST less often

Since you’re playing alone, why not take advantage of a server rule that gets rid of the larger groups. Then, you have a much more level playing field on a solo, duo, or trio. Not only in regards to each PVP engagement. But also in how long it takes a group to prepare to raid.

You will be raided less often and have a better time with PVP all around if you play a limited group server.

The key to a successful RUST wipe is knowing the map geometry. It’s about knowing who lives where and how much threat the team represents.

How often does a group leave its base for scrap and mining runs? On the flip side, the more you keep this information about yourself obscured, the better your odds at a successful wipe. 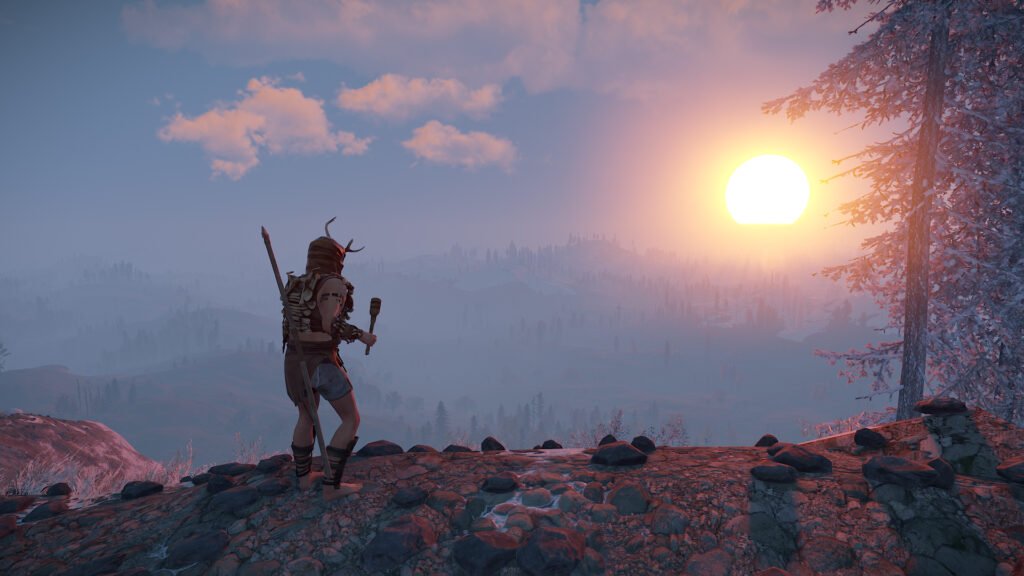 Living alone ultimately means that enemy players in RUST will identify you as living alone. A lone player is a lot less likely to be the target of a raid as it’s unlikely that you have a large volume of explosives or sulfur, and you present a much smaller threat.

Without making a base to facilitate a group, you can build smaller bases. For example, a group might need a 3×3 foundation base; a solo can get by on a classic 2×2. But, of course, the smaller the base, the smaller the reward for raiding it, so you’ll rank lower on other players’ threat meter.

Smaller bases don’t mean tiny bases, and it also doesn’t mean a singular base. Instead, you can dot these 2×2’s around the place so that you have multiple bases. With multiple bases, you can find respite when you need it and misguide your enemies scouting for your home.

The assumption that a solo player isn’t a threat is false. However, the idea breaks down when you learn that a single talented RUST player can gather raiding materials faster than a larger group.

3. Get to know people on the map 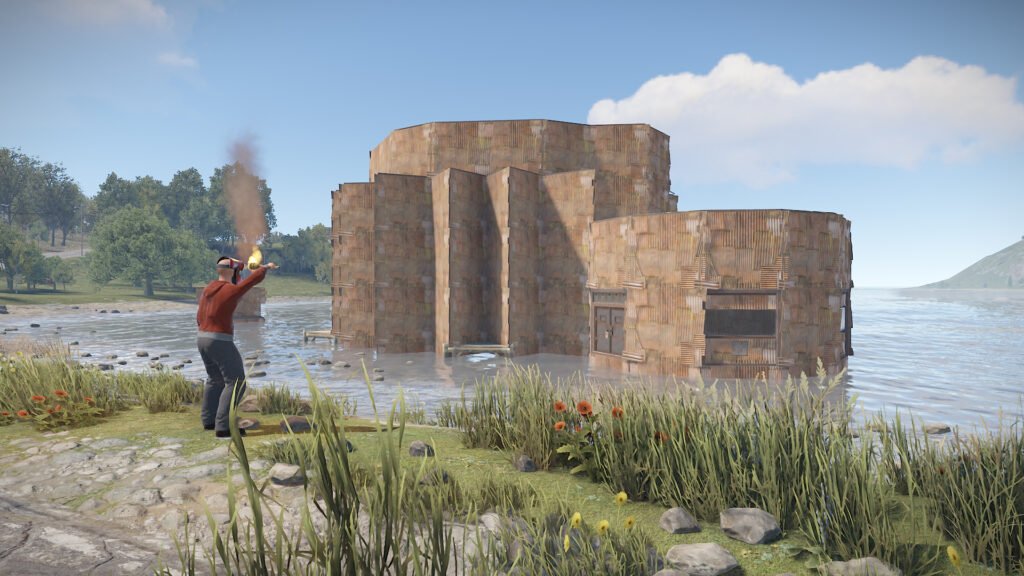 RUST is a world of clashing personalities, but if you represent a clan of one, you get to choose how you’ll interact with the RUST players and families nearby. A virtue of being less threatening as a solo player is that other players and groups are more likely to speak with you and possibly even avoid unnecessary hostility.

It’s not all cloak and dagger. You can be legitimately friendly with your neighbors, even on the solo, duo, trio servers. Move-in and out of groups to achieve larger goals, but remember, you cannot work with other groups to raid players on a limited group server.

But if you make some friends and run the Military Tunnels occasionally with another solo or duo, nobody will report you.

Without a clan behind you, you are solely responsible for your brand. However, suppose you want a server to respect you as a player who gets things done and isn’t randomly violent. You now don’t have to worry about teammates making your group look undesirable. In that case, you’ll find yourself having a rewarding social experience in RUST.

4. Become the solo hunter you were meant to be 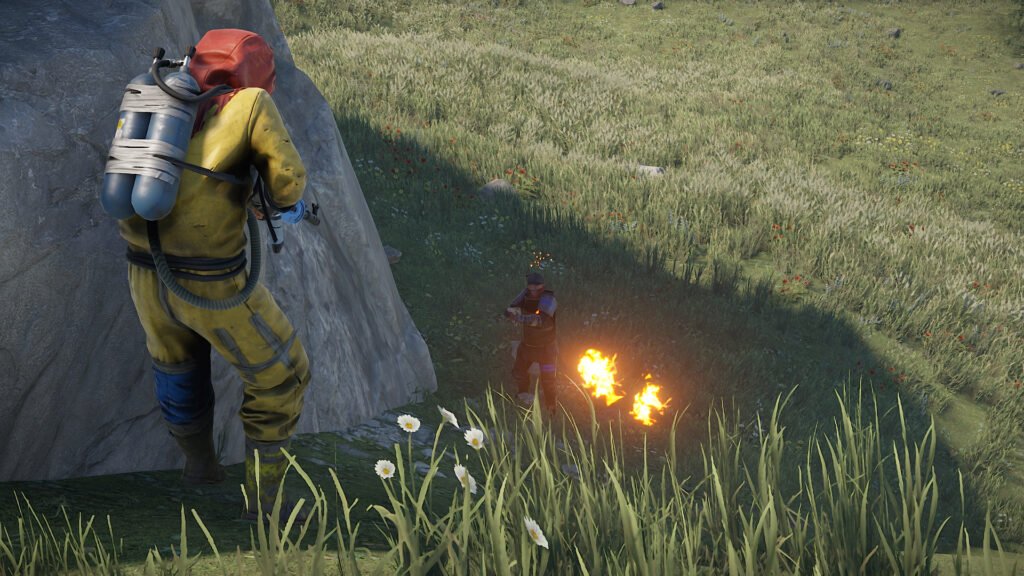 When you’re playing alone in RUST, you have one outstanding advantage, you are alone. And while that redundant tautology might seem a little silly, there are massive advantages to playing alone, particularly in PVP.

When you’re alone in RUST, you know that any noise or presence nearby isn’t you or a teammate. Being able to absorb all noises without questioning the source means you can take the initiative more often.

You also can control the flow of battle by choosing the battlefield. For example, a split team might find individual members stranded or separated. You know what avenues are transparent and which aren’t available to you on your own.

Find the solo player choke points, and dominate an enemy team by taking the high ground.

Enemy players in RUST will try and flank your position, but you can vanish as quickly as you engaged without a team.

You might walk away from engagements more often without loot, but at least you walk away intact.

5. Enjoy all the loot The big winner for the solo player is the horde of resources and tools at your disposal. An excellent solo player will accumulate just as fast as an inexperienced group, giving you tools and weapons to take out on your runs.

Overcome your gear fear and take the weapons and armor out with you on the run. As you get accustomed to taking gear out and possibly losing it, you’ll find yourself choosing engagements rather than running or hiding.

While you don’t have a clan’s Scrooge McDuck’ian vault of scrap, you’ll have more to work with for yourself.

These are just a few RUST tips, but the advantages of playing alone in RUST are many. In addition, you get to be more assertive, enjoy your rewards, and relax in the knowledge that you don’t present an enticing target. While it’s not for everybody, playing as a solo RUST player is more than feasible. So give it go some time and see how far your own grit can take you. We have a nice selection of solo RUST base designs to scope out while you’re at it.