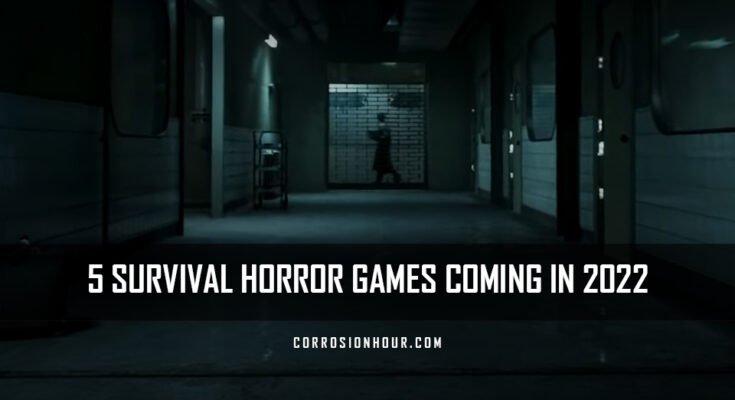 Prepare to be scared?

Survival horror games have been getting a lot of attention from the gaming community in recent years. The popularity of the Outlast series, the remakes of everything Resident Evil, and the rise of indie-made nightmares show that horror has been enjoying a growth phase of late.

It doesn’t appear that growing popularity is going anywhere in 2022. In the first few months of this year, we’ve seen blockbuster titles like Ghostwire: Tokyo and Evil Dead: The Game dominate. We’ve had award-winning haunts in Martha Is Dead, and we’ve been teased with the release of a Dead Space remake. And we’ve still got more than half the year left!

So, before you think you’re done being freaked out of your sheets this year, just wait. It’s about to get a lot worse. Better? Nah, let’s go with worse.

1. Sons Of The Forest

Just when we thought we’d pushed the horrifying ending of The Forest out of our memories for good. It all comes flooding back whenever we watch the trailer for Sons Of The Forest.

For those who never played the gripping story of Eric in The Forest, you’re missing out on a quintessential title in the survival horror genre. And you’re also probably sleeping all the better for it.

Sons Of The Forest, made by Endnight Games, seeks to bring players back into the mad, mutated world of The Forest, but with a twist. Instead of playing as a mostly helpless person braving the elements, you’ll be stepping into the shoes of military personnel. Sure, you’ve got your trusty axe by your side. But now you also have a Glock. Which is 100% better.

The trailer for Sons Of The Forest brings us right back to our time exploring as Eric. The graphics have been touched up, the gameplay looks much smoother, and the details of everything you see are tight and crisp. Which is something we’d expect from a title being worked on by the best.

All in all, Sons Of The Forest is a game we’re looking forward to. The Forest may have tripped us up a bit once we beat it. But it’s undeniable that it’s found a lasting spot in our gaming library.

Sons Of The Forest doesn’t have an official release date yet. However, the developers put out a statement in the month of March saying they were overly ambitious with their previous release date and had pushed everything back till October 2022. We’ll see if that date remains or if we see it pushed back again.

The Quarry, made by Supermassive Games, is probably one of the biggest budget games we’re likely to feature. Not only is it a AAA title to sit on the top shelf, but it’s also bursting with A-list actors and Hollywood elites. It’s the closest thing we’ve seen to an interactive horror movie, and we’ve been elbow deep in this genre for decades.

Supermassive Games has produced some killer titles in the horror genre, with Until Dawn and The Dark Pictures Anthology under their belt. But in The Quarry, headed by David Arquette, Supermassive Games is seeking to blend the best of cinema and gaming. I mean, they got David Freaking Arquette from Slasher film fame. That’s got to count for something, and I’m sure there are plenty of movie buffs who will make the transition to gaming with this title.

Follow campers in Hackett’s Quarry Summer Camp and find out the mystery of what’s going on. While not dying from any number of dangerous, deadly threats.

If the lack of any substantial content on this game is frustrating, just take a glance at all their extra material. They have a podcast and social media accounts set for Quarry Summer Camp that explore some of the lore and mystery already. You can start piecing together some of the hints and get familiar with the cast ahead of the game’s release.

Ah, yes. The game that everyone is talking about.

Scorn, produced by Ebb Games, looks like a mix between Doom, Alien, and Dead Space. Which isn’t a combination we thought could exist. But judging from the trailers and body-horror art pieces released so far, this is a game that will turn heads.

Taking place in a dreamlike world where everything is alive–and we mean everything, including your gun–the player will explore a nightmarish reality where their body is their key. There are tons of puzzles featured in the trailers, and the enemies we’ve seen so far are, uh, gross. And moist, for lack of a better word.

This game looks like a must-play later this year for us. The atmosphere and gameplay mechanics are intriguing, and we’re committed to figuring out whatever story exists. Scorn has been a long time coming and we expect it to deliver on its many promises. It is frightfully little we know about the story, character, or world of Scorn. But we’re sure that’s part of the presentation.

Uh-oh! Is that another Outlast title we see on the horizon? Well, who needs sleep when you’re playing traumatic psychological survival horror games? Not us, that’s for sure.

The Outlast Trails, the third game released by Red Barrel Studios in the Outlast Universe, is a multiplayer experience that was debuted back in 2019. It prays on all the parts of your brain that are still recovering from the first two titles. But The Outlast Trials isn’t a sequel to Outlast 2. We won’t know what the Murkhoff Corp is up to in modern times. However, we will get to see what they were up to in the past.

The Outlast Trials is set in the Cold War era, circa the 1960s. And players will jump into the frayed shoes of random people who are test subjects of the twisted Murkhoff Corp. These test subjects are undergoing all kinds of experiments that deal with mind control, reality manipulation, and controlled dream states. This means they’re all being broken psychologically from the moment you boot up the game.

The Outlast Trials grabs all the best moments and mechanics from previous Outlast titles and combines them into a panic-inducing experience. Night vision goggles, a lack of any weapon, and intense running sequences will all be encountered.

The Outlast Trials still doesn’t have a specific release date, though developers have constantly stated later in 2022. Recently, developers have changed the release status to “To Be Announced.”

Oh man, are we excited for this game. Really, really excited. And we don’t even play PUBG.

Created by the legend, Glen Schofield (Dead Space, From Russia With Love, Lord of The Rings), The Callisto Protocol will be another iconic entry in the survival horror genre. We’re calling it now, you heard it here first. The trailer alone has us pumped for everything it promises.

Set in the PUBG Universe, The Callisto Protocol takes place on one of Jupiter’s moons in the year 2320. Players will take the role of various prisoners currently being held at Black Iron Prison. The problem is that there seems to be an alien invasion happening at Black Iron Prison. And since the wardens of this prison are so nice, they’re letting the prisoners fend for themselves and try to escape.

The gameplay revolves around players attempting to escape Black Iron Prison while uncovering secrets and mysteries that tell a wider story. Oh, and they’ll be avoiding aliens who don’t know what personal space is.

We’ve come to trust the projects helmed by Master Schofield and believe this one will be another mind-bending journey through horror and its many subgenres.

The Callisto Protocol is set to release later in 2022, though no official date has been announced yet.

The best survival horror games are yet to come

This survival horror game selection is some of our favorite titles set to release later this year. We’re looking forward to them, and you’ll undoubtedly find some reviews and guides for them here shortly after their release. And with just these five, we’ll have plenty of gameplay to keep us busy till 2023. 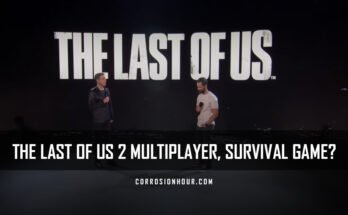 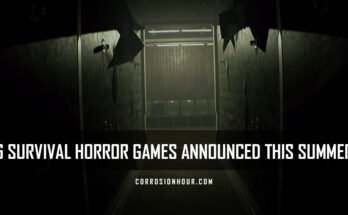